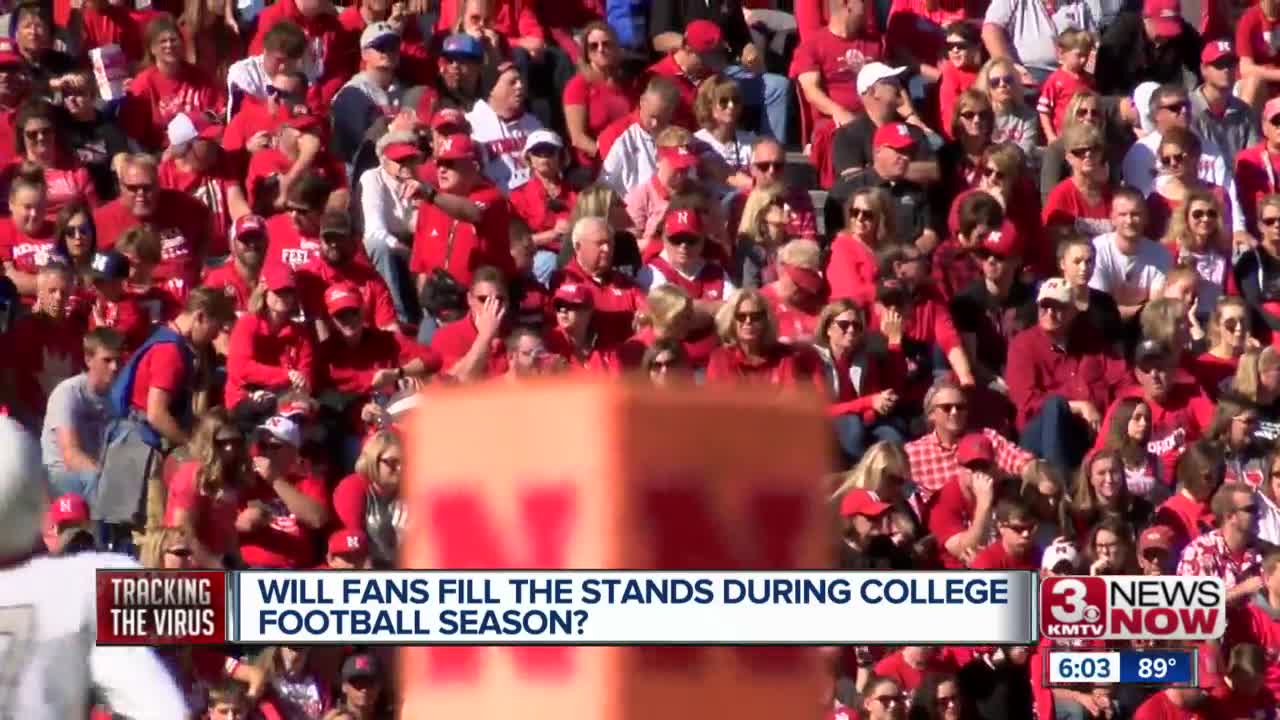 With the start of college football just over two months away, 3 News Now has been asking health experts and administrators if it's time to start looking at whether fans should be in the stands for opening kickoff.

“We’ll see what’s happening in a month and a half from now but from what I see currently I would say no,” said Dr. Mark Rupp, the Chief of Infectious Diseases at Nebraska Medicine. “It’s not going to be a good idea to pack a stadium full of people who are yelling and cheering and potentially spreading virus. I think that could be potentially very foolhardy."

Earlier this month Nebraska Governor Pete Ricketts outlined the state’s Phase Four plan. As part of it, outdoor stadiums such as Memorial Stadium can be at 100 percent capacity.

“Well there is still work to be done,” said University of Nebraska President Ted Carter. “The NCAA has only made statements about bringing athletes back to start preparation for workouts. The conference commissioners have not even made plans for football schedules although I anticipate college football will start on time. We have a lot of local decisions to make about the health of our local community and state and how we can manage fans in a large venue like Memorial Stadium.”

“It is impossible to distance when you’re in a packed stadium with 100,000 people,” said Dr. David Quimby, with CHI Health.

He said administrators will need to look at disease activity in the area at the time and make a judgment based on health department recommendations.

“If there is a large amount of disease activity it is entirely probable that there might not be 90,000 people in the stands,” he said.

No fans inside the stadium means lost revenue. NU Athletic Director Bill Moos previously said the school could lose up to $27 million without a college football season. However, one University of Nebraska professor said the effects without fans won’t effect Lincoln’s whole economy.

“Husker sports are the number one attraction in Lincoln,” said said Eric Thompson, the director of the Bureau of Business Research at the University of Nebraska-Lincoln. “It’s a very important part of the tourism economy but it is not a large share of the overall economy.”

It’s still not even known if 90,000 fans will be allowed inside Memorial Stadium come Nebraska’s home opener against Purdue on September 5th but in the mean time, administrators are looking at the balance between the risks and the rewards.

“We get that there are a lot of people that want to come but we’re going to keep the health and the security of our fans and communities at the top of our list,” Carter said.

The date of the Phase Four implementation in Nebraska hasn’t been determined yet.