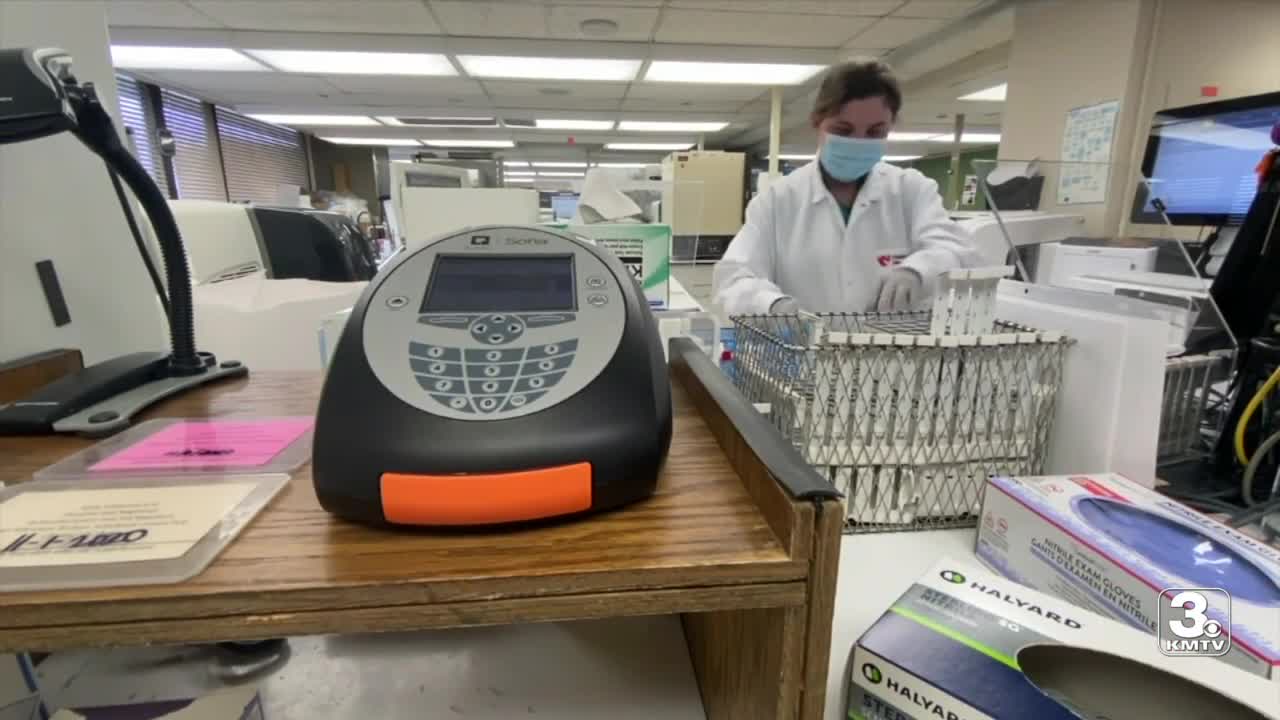 OMAHA, Neb. (KMTV) — In order to get players back on the field, the Big Ten has made COVID-19 testing a priority.

“I know Nebraska, being the first collegiate program that I know of doing testing in the spring, had a lot of experience to bring to the table,” says University of Nebraska Medical Center (UNMC) Dr. Scott Koepsell.

Koepsell is the medical director of the Nebraska Medicine Clinical Labs.

He says UNL was instrumental in bringing voice and experience to the Big Ten’s plan to bring back football.

“The testing has switched to antigen testing on a daily basis, up to six times a week,” he says. “That’s based off Big Ten protocol.”

Using a rapid test machine is cheaper and faster than a standard PCR test. If the rapid antigen test comes back positive, the players then have to go through the traditional PCR test.

UNMC will help at that point because they can still turn the results quickly.

If a player tests positive at that point, they cannot play in a game for at least 21 days and will need to have cardiac testing and be cleared by a cardiologist.

The Big Ten will also be tracking positivity rates and if they get too high, games and practices could be canceled.

Dr. Koepsell says, at this point, there are still questions regarding how sensitive an antigen test is in someone without symptoms. He hopes to have answers to those questions soon.

“I believe the data the Big Ten is collecting, you can think of hundreds of athletes being tested every day, we’re going to learn a lot more about how this test performs and keep those patients or players safe,” he says.