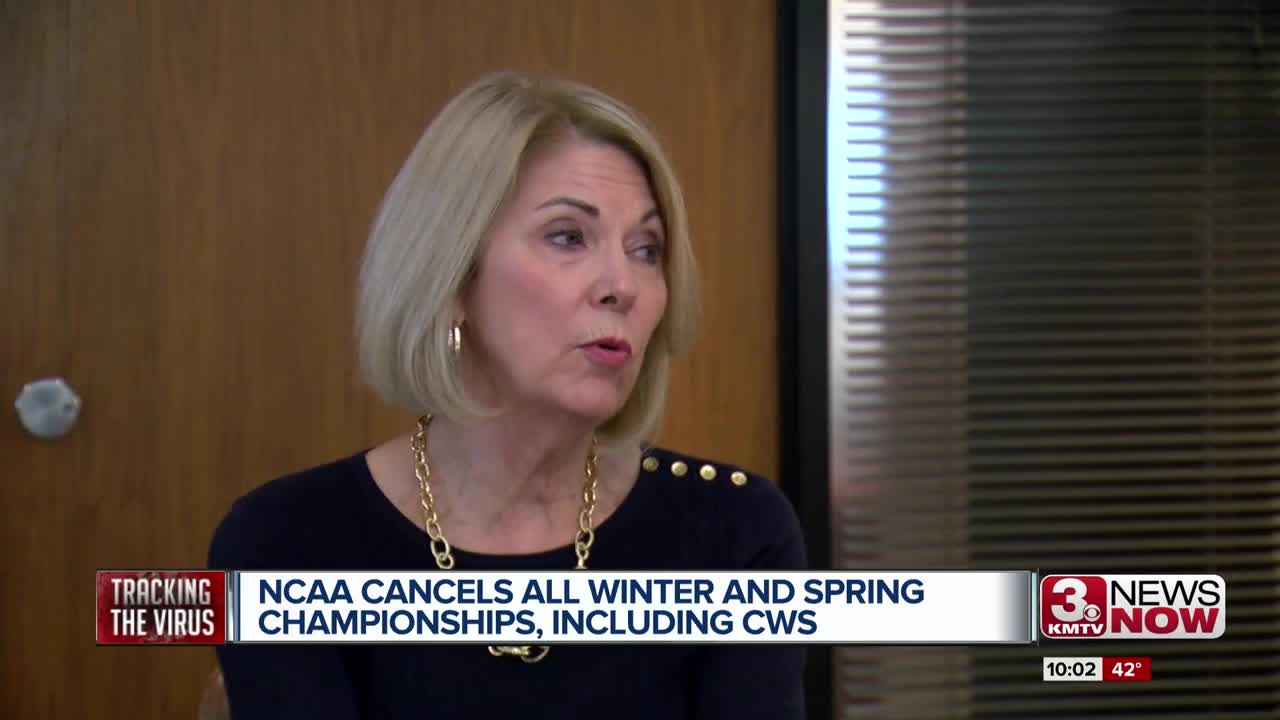 OMAHA, Neb. (KMTV) — It's a tough pill to swallow for many sports fans and local business owners, the 2020 College World Series has been canceled to prevent the spread of the Coronavirus. The series is one of Omaha's largest events and brings in around $70 million for the city each year.

Mayor Jean Stothert said Thursday evening that while this was not a decision the city made, it is going to affect the city of Omaha in a big way.

"We'll take the hit now and then we'll move forward and hopefully every day in the future will be brighter. But it's going to hurt," she said.

Mayor Stothert says the city budget will now have to be re-evaluated. College World Series executive director Kathryn Morrissey says this is uncharted territory for them.

"I've worked on the event for more than 30 years and I'm not aware of any other cancellations. I'm not aware of any time this has ever happened," Morrissey said. "We're disappointed, we're tremendously disappointed. We need to support the NCAA's decision on this. It is based on making the health of student-athletes and our wonderful friends a priority and we stand by them on this decision"

For the time being this is a complete cancellation and the series will not be rescheduled. Morrissey says they are now working on a plan to refund and exchange tickets.