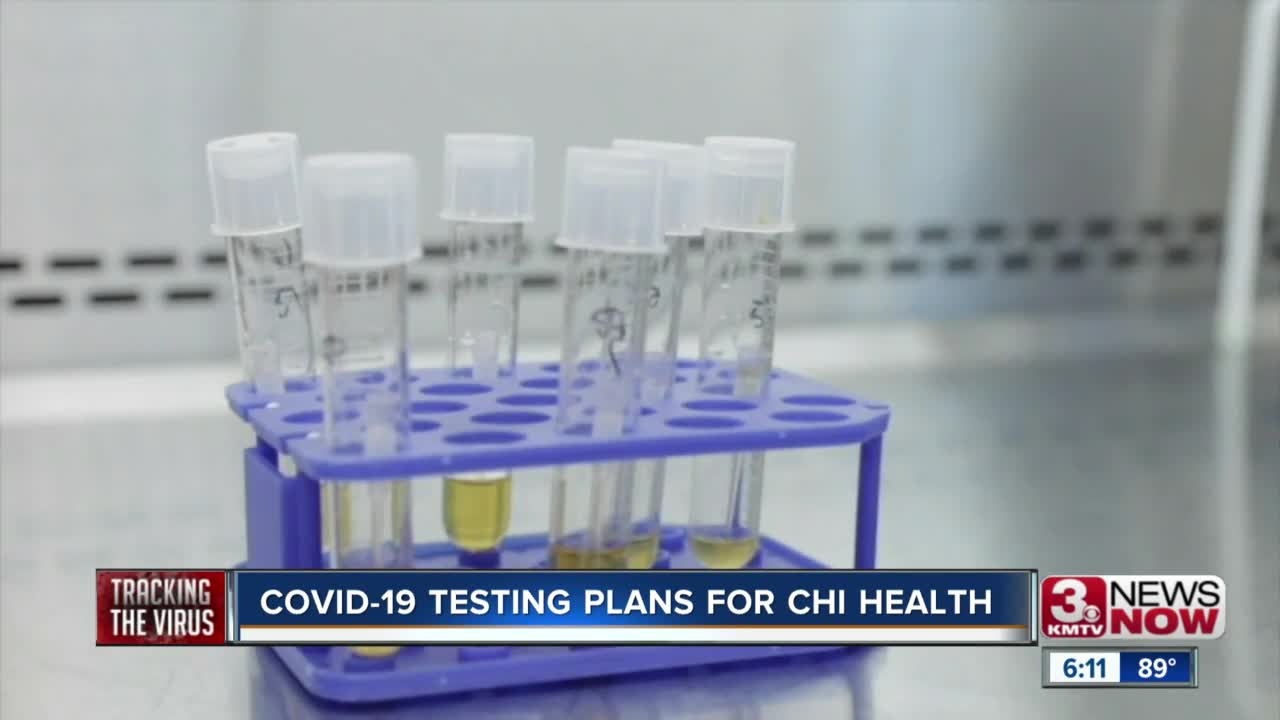 How doctors and researchers are preparing for a potential surge of coronavirus cases.

OMAHA, Neb. (KMTV) — With coronavirus cases surging in parts of the United States, CHI Health is preparing for the possibility of increased testing.

The health system said they’ve already performed 20,000 tests at the CHI Health Core Lab and is planning on doubling testing capacity by August.

The health system said so far they haven’t had a backlog of tests at their locations in Nebraska and southwestern Iowa but said they know their clinics want to test more patients.

“We have requests from places like schools who want to test students before they come back and we want to be able to test all of our patients that their clinicians feel need to get tested,” said Dr. Stephen Cavalieri with CHI Health Lab.

“Taken together all of these measures, we expect to increase efficiency and double our testing capacity going forward,” Cavalieri said.

Cavalieri added serology or antibody testing is also a way at looking at the COVID-19 infection. He said CHI Health’s platform is a well-established analyzer that has done this type of testing for years.

“This has a good track record of producing accurate tests,” Cavalieri said.

However, many questions still remain about its role in diagnosing patients. Doctors believe the antibody test shouldn’t be used for diagnosis.

“When you boil it all down, a positive serology probably means you’ve been exposed to the virus,” Cavalieri said. “Doesn’t mean you have acute infection.”

“While it may not be as lethal as we once thought, it is still take tens of thousands of lives in this country and it isn’t something that we should not take seriously,” Robertson said.

Doctors at CHI Health said overall mortality rates based on mass testing is a lot lower than what was originally predicted.