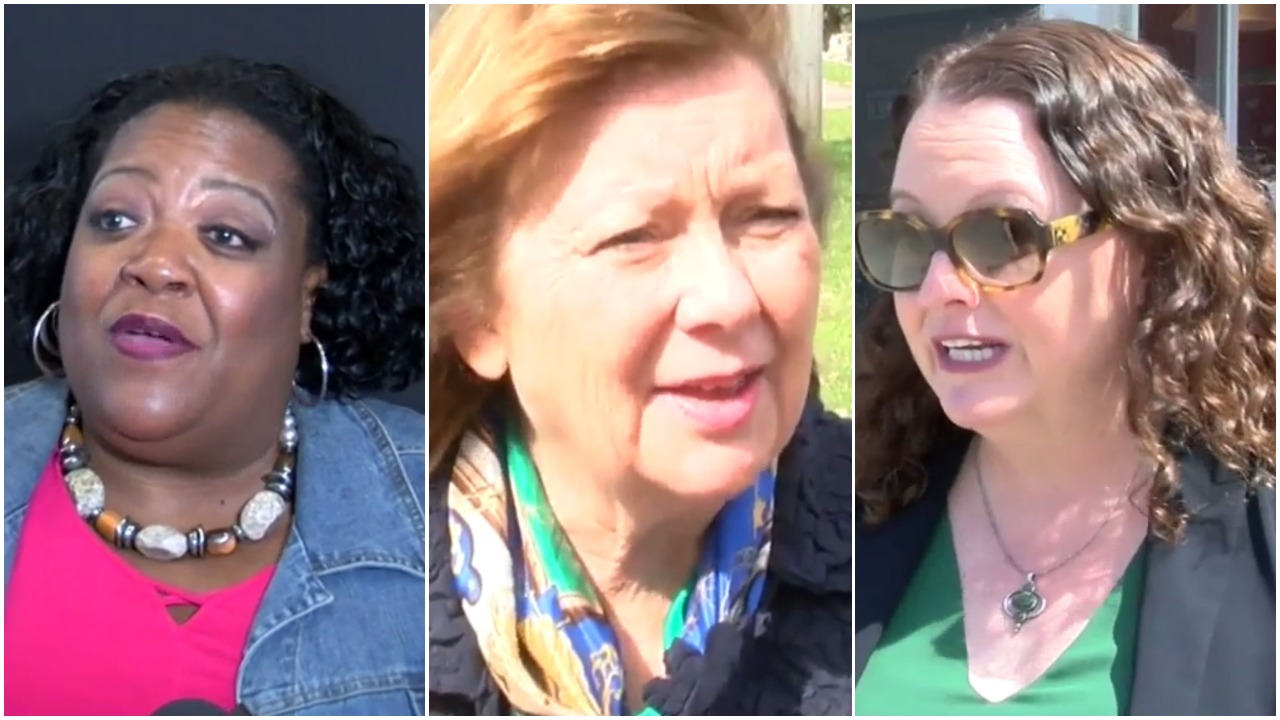 OMAHA, Neb. (KMTV) — Nebraska voters that decide to vote by mail will soon be getting their primary election ballots in the mail.

This means candidates running for office are doing everything they can to reach out to voters, without physically campaigning.

That includes those running for the hotly contested Democratic nomination for Nebraska's second district.

Over the last few weeks, Gladys Harrison has had to balance trying to keep her restaurant ‘Big Mama’s Kitchen’ open, while also running for Congress.

“Lately to be honest with you, I haven’t spent as much time as I would like to on my campaign with what to do with my restaurant and ensuring my employees get paid,” says Harrison.

That being said, she’s still been campaigning. That includes phone calls to District 2 Democrats and using Facebook Live.

“This has kind of leveled the playing field for everyone, somewhat. You still reach more people if you’re buying advertising.”

Buying advertising is one approach Kara Eastman is taking.

Eastman, who won the 2018 Democratic primary before losing to current Rep. Don Bacon, is soon pushing out a television ad, targeting those voting by mail.

“Early voting is starting, people are filling out their vote by mail applications early. We wanted to bring the message of the campaign out as early as possible,” says Eastman.

That hasn’t been Eastman’s only approach. She's been on social media, brought people yard signs and talked to medical experts, trying to be a resource to those with questions.

“Showing people where they can buy gift cards to local restaurants and cafes, making sure people have the right information for where to go for coronavirus resources,” says Eastman.

Ann Ashford, wife of former Rep. Brad Ashford, says she was the first candidate in her race to stop door knocking in early March.

“So we knew we're not going to be able to have these gatherings and we were going to have to figure out a different way,” says Ashford.

“So, it’s not as good but it’s as close as you can get to having that large gathering,” says Ashford.

So does not being able to campaign, help or hurt any one candidate?

“If it’s going to hurt anybody, it might be Gladys, because she had a little bit longer way to go to get any type of name recognition,” says Ashford.

Harrison hopes to change that.

Over the final six weeks she plans to close her restaurant and go all out on her campaign.

“So I’m thinking, I’m going to set up a camera and be on Facebook Live 24 hours a day,” says Harrison.

The primary election is planned for May 12, with Governor Pete Ricketts saying the elections will go on as planned.