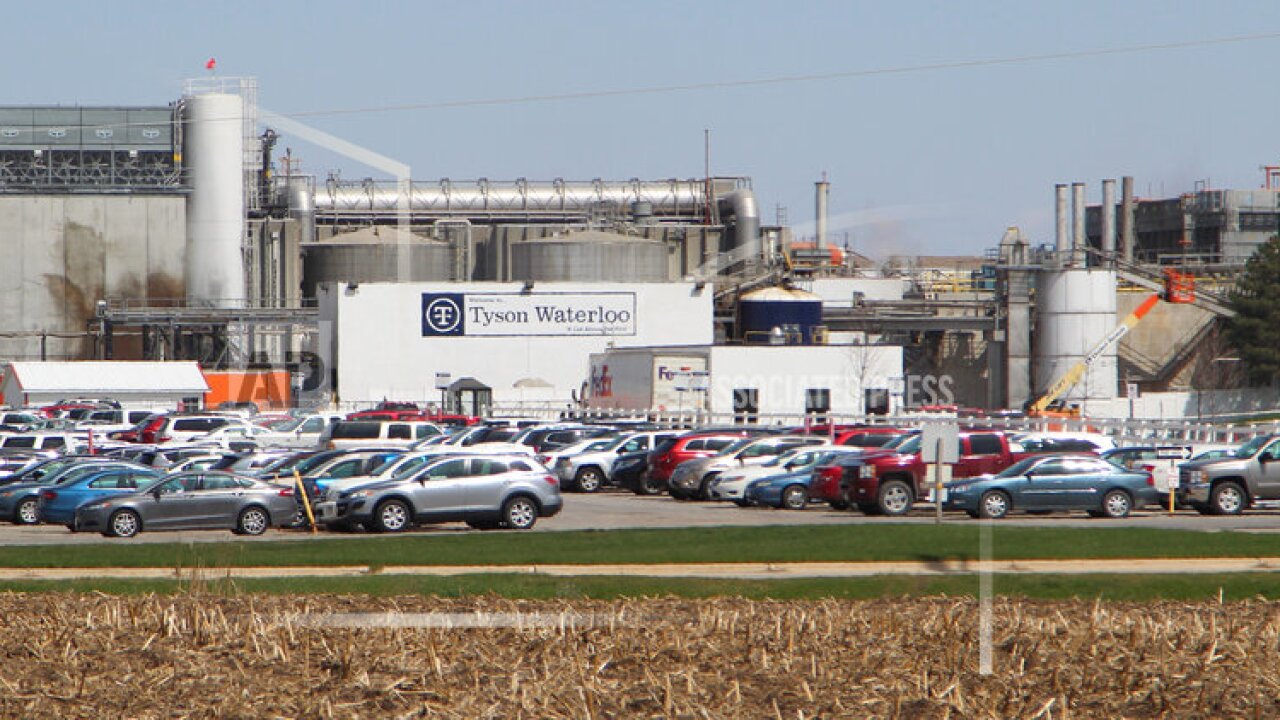 Copyright 2020 Scripps Media, Inc. The Associated Press contributed to this report. All rights reserved. This material may not be published, broadcast, rewritten, or redistributed.
Jeff Reinitz/AP
A Tyson Fresh Meats plant stands in Waterloo, Iowa, date not known. On Friday, April 17, 2020, more than a dozen Iowa elected officials asked Tyson to close the pork processing plant because of the spread of the coronavirus among its workforce of nearly 3,000 people. (Jeff Reinitz/The Courier via AP)

IOWA CITY, Iowa (AP) — The families of three workers who died after contracting coronavirus in an Iowa meat plant outbreak are suing Tyson Foods and its top executives, saying the company knowingly put employees at risk and lied to keep them on the job.

The lawsuit alleges that Tyson officials were aware the virus was spreading at the Waterloo pork processing plant by late March or early April but kept that information from employees and the public.

As the outbreak grew, the lawsuit alleges the company failed to implement safety measures, allowed some sick employees to remain on the production line, and falsely assured workers and the public that the plant was safe.