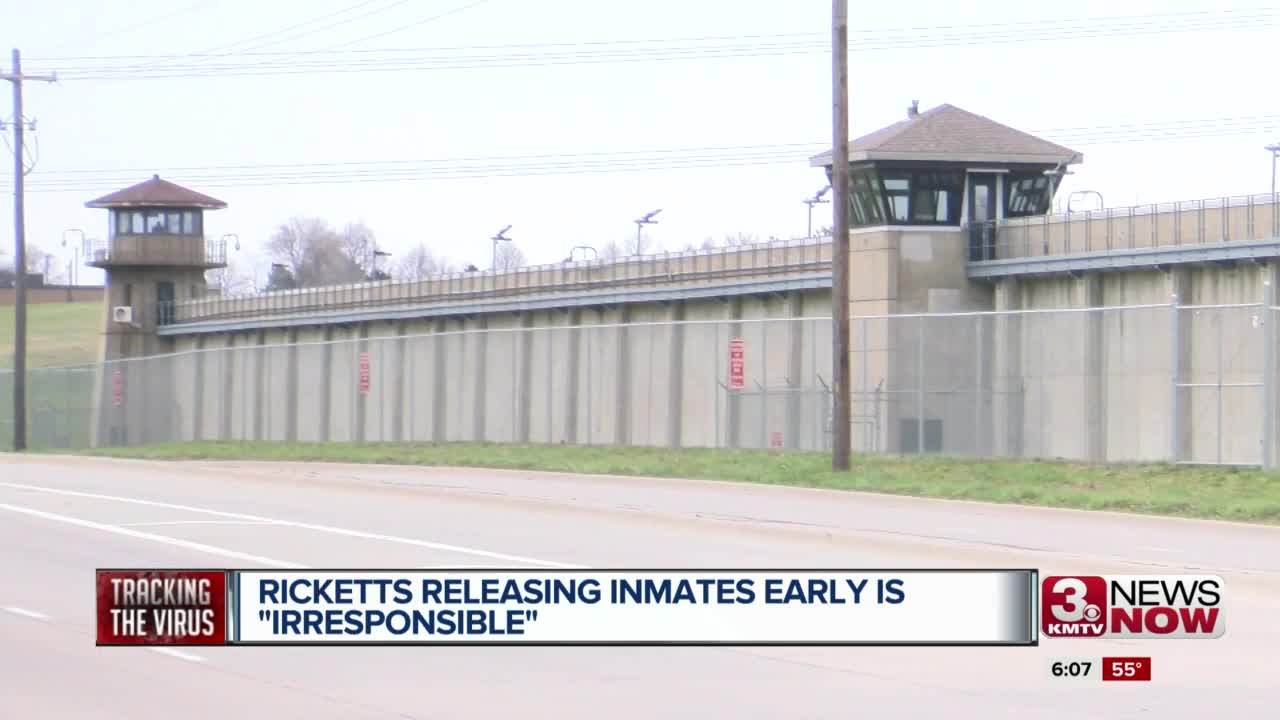 What Ricketts had to say about other states releasing inmates early due to coronavirus concerns when it comes to Nebraska.

LINCOLN, Neb. (KMTV) — As the coronavirus spreads throughout the country a variety of states have opted to release some inmates early in order to control it in some of the prisons.

Governor Pete Ricketts, along with corrections director Scott Frakes, says that won’t be happening in Nebraska for a variety of reasons.

While around 2,000 of the state’s 5,600 inmates are considered non-violent, Governor Ricketts says many of them are in prison for very serious offenses.

Frakes says public safety is also his number one concern, worried there could be more victims and saying the conditions are not good for some inmates to be released.

“This is not a good time to be coming out of prison. I can offer climate controlled housing, food, clothing, recreation and work opportunities, good healthcare, programming, in a relatively safe setting,” says Frakes.

One staff member at the Nebraska State Penitentiary has tested positive. Frakes says he’s been at home for 15 days.

He also says zero inmates have tested positive for the virus, or even shown symptoms.

But as some states have shown, it could get bad. That's why two men were protesting outside the state pen in Lincoln this afternoon.

Paul Feilmann wants to make sure the state has a plan.

“If the virus gets inside there it could be a really dangerous situation for the community because all the guards have to leave everyday and they run the risk of taking the virus back into the community,” says Feilmann, a former mental health specialist, now a prison advocate.

Frakes says all inmates are quarantined for at least two weeks when they enter the system and the prisons have the capacity to quarantine inmates in case of an outbreak.

He declined to release specifics, partly because he believes if too much information is given to inmates, there could be a backlash.

“Unfortunately will read more into them, they’ll make assumptions about what we’re saying, or they may read it exactly correctly and realize it’s going to impact them in ways that they’re not happy about.”

So Frakes said they need to control how and when information is released to the public, with some never getting shared.

He says the plan changes drastically compared to if one inmate gets the virus, compared to several inmates testing positive.

“If we suddenly find ourselves with three different inmates, in five different locations, now we’ve got new complexities to add to it, so yes we got a plan, no, it’s not a plan that I’ll publish.”

Every staff member and prisoner have been given a mask.

Outside the pen, you can see some inmates wearing masks, others not, with many much closer to each other than six feet.

Frakes said it’s a balance, trying not to get too heavy handed while also making sure they know the dangers of COVID-19.

“Trying to avoid using the information, the education, as opposed to the hammer of we’re going to punish you because you won’t do this,” says Frakes.

Visitations have been canceled for around one month. In exchange, prisoners have been given double the amount of time to make phone calls.