Infertility procedures postponed due to pandemic 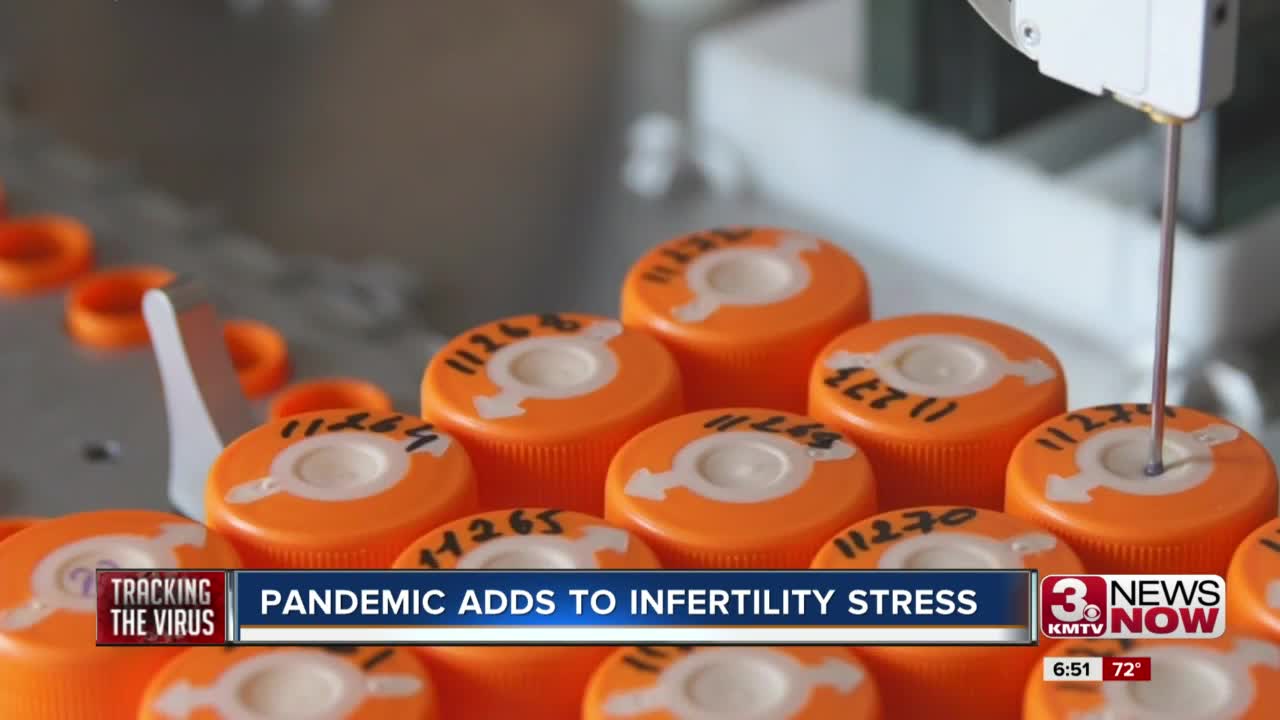 OMAHA, Neb. (KMTV) — This is National Infertility Awareness Week. Infertility is something that 1 in 8 couples struggle with. Now, due to the pandemic, many of those couples are left in limbo while their infertility treatments are postponed because it’s considered an elective procedure.

Joslyn Barnes and her husband Brian have been trying to have kids since November 2018. She has unexplained infertility and decided to see a specialist in February.

“I was going to need to be taking injectables,” Barnes said. “We signed up to take a class with ten other couples to learn how to take the injectables in my stomach, I believe, so that was our first step before we were going to try IUI or IVF in April or May.”

In March, she got the call that her class was canceled and treatments postponed.

“It’s just like what is the universe trying to tell me right now?” Barnes said. “It definitely took a lot to get to this point, like you mentioned, it is very expensive, it is not covered by my insurance so finally to make that decision to take this dive into really figuring out what is going on and then just to have that completely squashed was frustrating for sure.”

“It’s a constant field of isolation, guilt, frustration,” Dr. Delaney said. “Many patients have saved their whole lives or years to undergo this treatment. Then for someone to say, 'I’m sorry we have to wait,' it’s very difficult in context of everything infertility already causes stress for.”

Others feel pressure from their biological clock.

“At age 35 every month counts,” Dr. Delaney said. “While postponing two or three months likely won’t cause decreased success rate it certainly adds to the stress and overall frustration for fertility patients.”

Methodist finished In Vitro Fertilization (IVF) cycles that had already begun, but they didn’t start any new procedures. Methodist has still been doing Intrauterine Insemination (IUI.)

Not every clinic was able to do so. Barnes said one of her friends being treated at a different clinic was stopped mid-cycle.

“I have a friend who had her eggs harvested on a Saturday and Tuesday, March 17 they canceled her,” Barnes said. “My heart goes out to those people so much. It’s an awful situation and I’m frustrated but it could have been so much different for us.”

She feels fortunate her journey stopped before it really began.

“If we do have to wait a couple of more months, what’s a couple more months on top of already almost two years,” Barnes said.

Dr. Delaney said this extra time can be used to make sure you're at your healthiest by improving your diet and staying hydrated.

“Things like mediation, yoga, mindfulness are all thing that are important when dealing with infertility and the pandemic situation we are in,” Dr. Delaney said.

Barnes says she has been exercising more.

“I’ve been doing a lot of running, focusing on nutrition,” she said. “So, it’s kind of a blessing in disguise that we have this extra time.”

Governor Pete Ricketts announced Monday, elective procedure may resume on May 4 if hospitals have 30 percent of their hospital beds, ICU beds and ventilators available.

Dr. Delaney said she hasn't officially been given the go-ahead from Methodist as of Tuesday but is ready to begin rescheduling patients as soon as possible.

If you're going through infertility, know you're not alone. There are many resources and support groups available such as Conceive Nebraska and the Methodist Emotional Support Line (402) 815-8255 (TALK.)