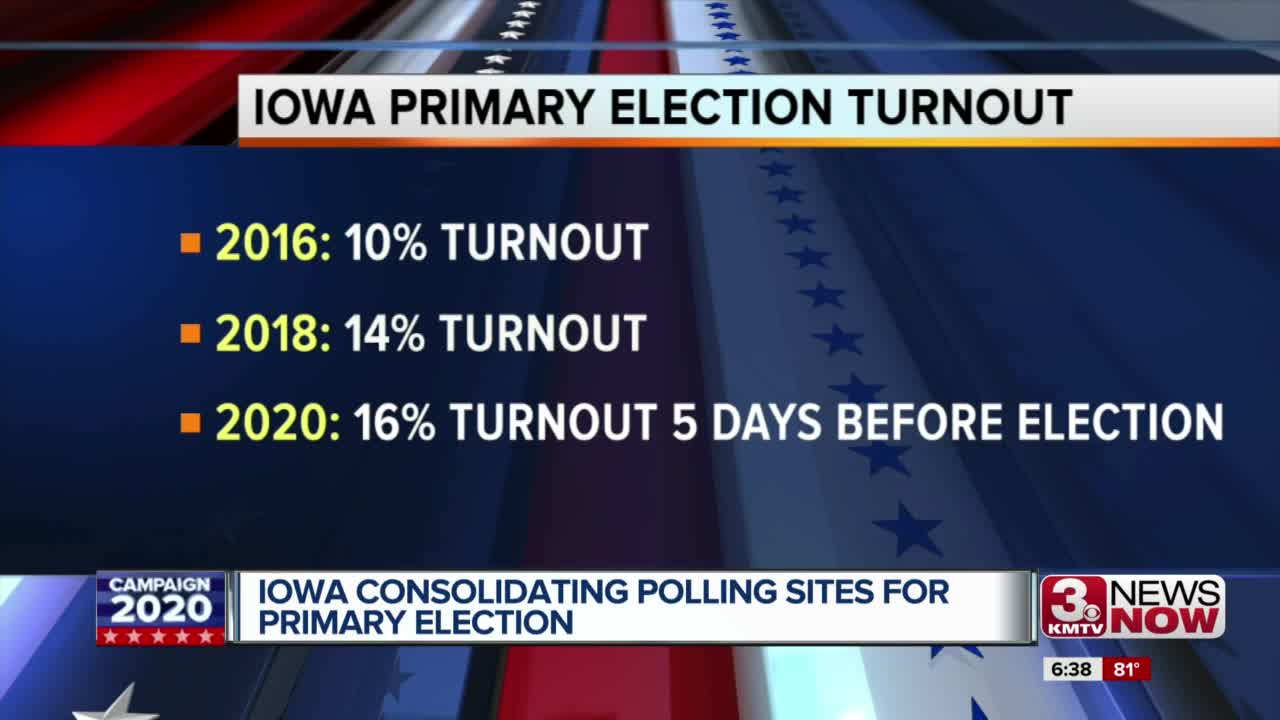 COUNCIL BLUFFS, IOWA (KMTV) — Earlier this month, Nebraska held their primary elections and saw turnout they haven’t seen since the early 1990's, with many Nebraskans voting by mail.

Next Tuesday, it’s Iowa's turn for a primary election, and their primary mirrors Nebraska in many ways, including a push to vote by mail.

But there’s one big difference in Iowa that is worrying some people.

The state is consolidating polling places. Normally, Pottawattamie County has 40 precincts, this year, they’re down to five.

“It's not ideal, but it’s the reality of that’s what we can staff,” says Kristi Everett, deputy auditor and head of elections in Pottawattamie County.

Everett says when she originally had to go to five polling sites, she had about 75 poll workers. Some have since dropped off, as recent as this week.

“As the disease progressed a little bit more they just didn’t feel comfortable. And most of my precinct workers are high risk,” says Everett.

Having enough poll workers is one concern for next Tuesday. As is making sure those that come into vote are safe.

That worry is shared by Scott Punteney, chair of the Pottawattamie County Democrats.

“There is a concern, obviously, we don’t want to put anybody safety at risk, right,” says Punteney.

The state is taking precautions, putting up plastic shields, ensuring everybody is wearing a mask and making sure everybody is six feet a part, with just five to 10 people allowed at a time.

That means some people waiting to vote won’t be inside.

“We will not allow lines in the polling sites, so they’ll either have to stay in their cars or line up outside the buildings,” says Everett.

But the biggest precaution the state took? Heavily encouraging vote by mail.

It seems to have worked. Usually voter turnout is low in Pottawattamie County. In the 2016 primary, 7 percent voted, it went up to 9 percent in 2018, but this year, with the vote by mail push, they already have a 12 percent turnout, with five days to go.

“I think it’s kind of exciting and this is something different and new,” says Charlie Johnson, chair of the Pottawattamie County Republicans.

“There are very important races to be considered in the primary.”

“We were really pushing for people to stay home and stay safe. We’re well over our numbers that we’ve ever seen in a primary,” says Everett.

Iowa already voted for the president, but still needs to pick their nominees for US Senate and the House of Representatives.