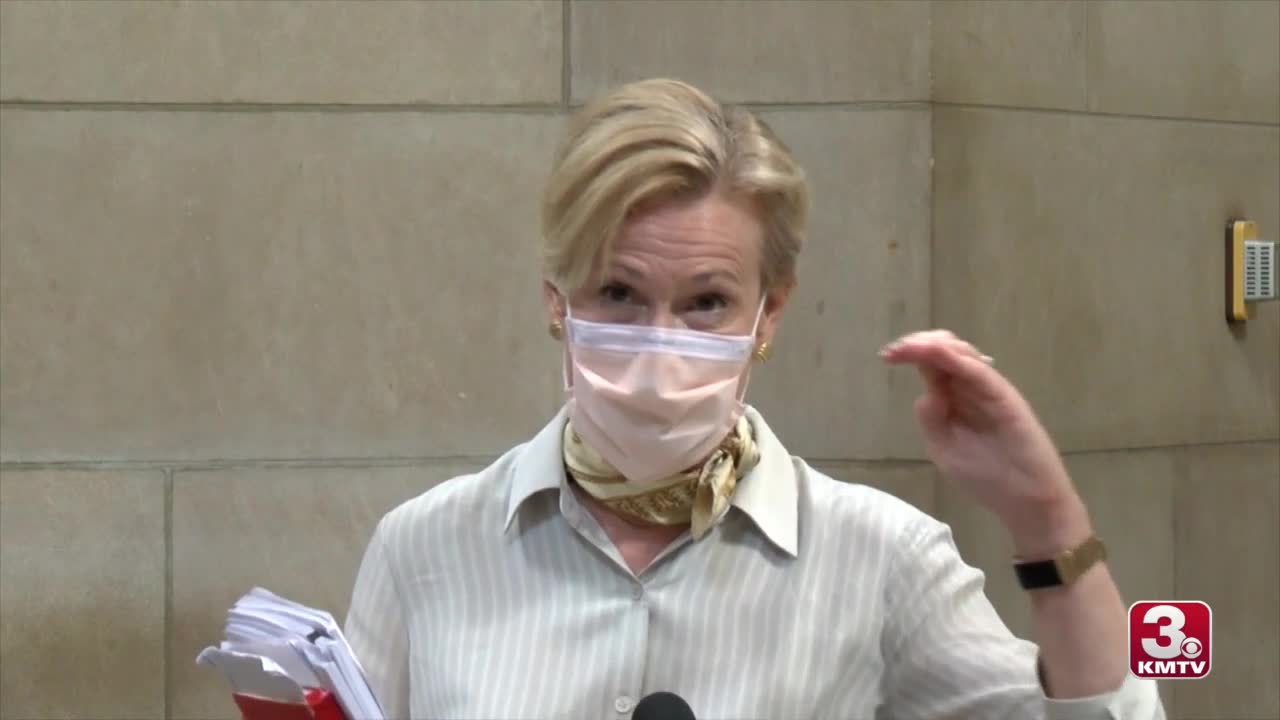 She was in Iowa Thursday, and Friday she was in the state capitol in Lincoln and brought good news to state residents.

She says the state is trending in the right direction and she’s moving the state from the red to yellow zone.

Birx says the state got on the list due to a rising positivity rate in the Omaha metro.

Douglas County reached as high as 11 percent two weeks ago, went down to just under 10 percent last week, and remains under 11 percent so far this week.

“It looks like they have reached their peak and started to come down the other side. And so that’s encouraging to us, that what they’re doing has started to work,” says Birx.

Birx says the state largely avoided phase one of COVID-19, which mainly hit big cities, but Nebraska did not avoid phase two which included outbreaks in nursing homes and meat packing plants.

Now we’re in phase three, which involves many asymptomatic young people spreading the virus. To combat that, she stressed masks.

“We’ve gotten really clear physics on the importance of masks, and what that does. And so you have scientific evidence about what face coverings do” says Birx.

Birx even went farther, saying a mask mandate issued in Phoenix in June turned back their outbreak and helped the city open back up.

She says mandates don’t necessarily make sense in many rural areas, but in many cities they help a lot.

“I think where you have cases, it’s critical, absolutely critical, to have a mask mandate,” says Birx.

Birx says she’s learned that the White House doesn’t have a great way to measure spread in rural communities. That’s because the positivity rate doesn’t tell the story for small populations.

“We need to really create rural indicators, particularly for rural areas with very low populations. To find out what that early alert is,” says Birx.

Dr. Birx is set to be in the Kansas City-area Saturday.

Dr. Birx says Nebraska is in the yellow zone and is optimistic the state is heading in the right direction.

Birx asked Ricketts on how their infection control in nursing homes. She says the way Nebraska is doing it could be a model for other states.

Birx says over the last 10 days there’s been a decline in cases and positivity rate in the Omaha-area.

Birx says Nebraska was saves from phase one, but was not spared phase two. She says phase three is now about community spread among young people, who are often asymptomatic.

She says the Omaha area got to their peak, and now they’re dropping from the red to yellow zone

Birx was in Iowa earlier and says she’s learned that rural resident don’t get tested as much, typically only if they feel sick.

She says she’s going to try and come up with rural indicators, to give them a better idea what’s happening in those spots.