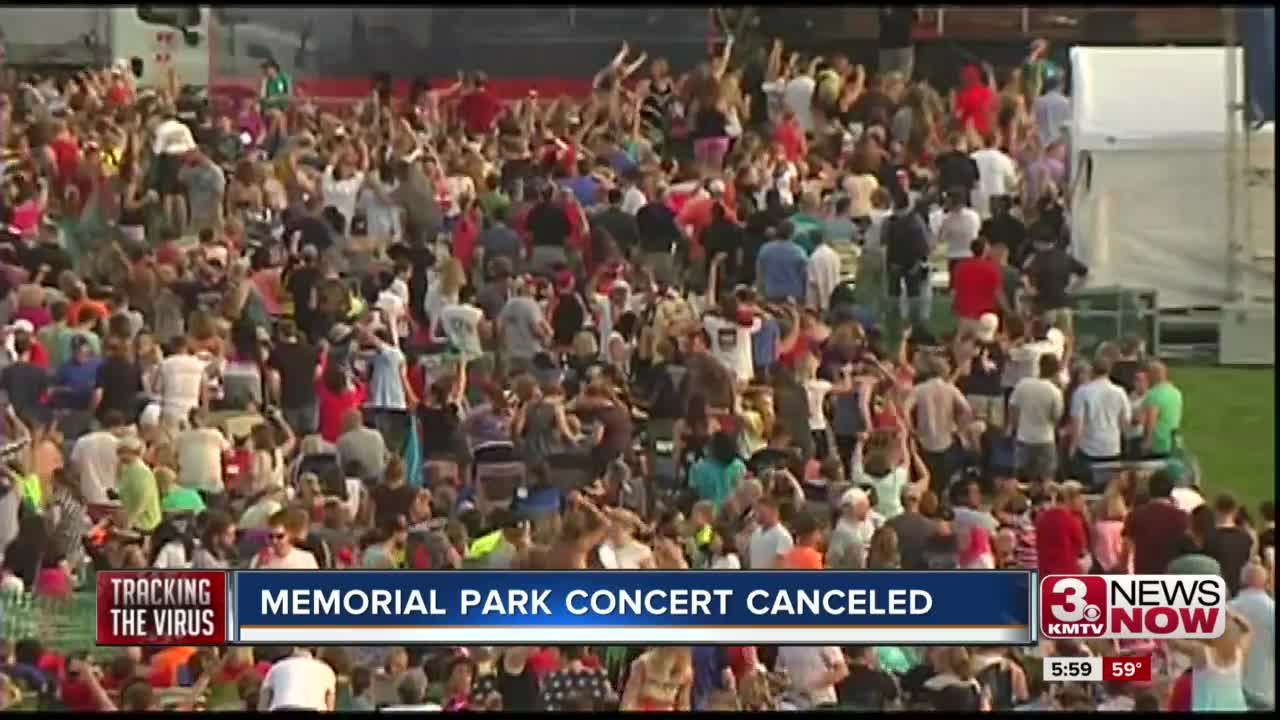 OMAHA, Neb. (KMTV) — The annual Omaha Celebrates America concert and fireworks at Memorial Park has been canceled for 2020.

The organizer of the event said in a press release on Monday that they canceled the event scheduled for June 26 because of health restrictions related to the COVID-19 pandemic, feeling that gathering a large crowd would be unsafe.

"There was no way the city would take that risk or risk people’s health to continue the concert," said Vic Gutman, the event organizer. "It’s clearly disappointing, there are so many great events in Omaha that had to be canceled this year and this is just another one and I’m sure there is more to come but I think people understand that the public health and safety is the number one priority. Major events like this concert will be the last thing to be back to our country so it didn’t make sense to postpone."

Gutman said the festival considered doing a virtual concert or firework show but decided it couldn’t measure up to the real thing.

"Rather than doing something that is a distant second-best we thought it would be wise to postpone until next year," Gutman said.

“It was heartbreaking decision, but not a difficult one because health and safety come first,” said Omaha Mayor Jean Stothert. “I’m hopeful and excited about next year’s concert, when we can celebrate America safely.”

Organizers are in discussions with this year’s performers about coming to Omaha next year for the June 25, 2021 event.

"Now is not the time to have thousands of people gathered in one place and for that matter most of the people would’ve stayed away anyway," Gutman said.

The annual concert is free, open to the public, family-friendly, and followed by a fireworks show. As in 2019, this summer’s concert was to be funded entirely by anonymous private contributions.