More Nebraskans getting into biking amid coronavirus pandemic 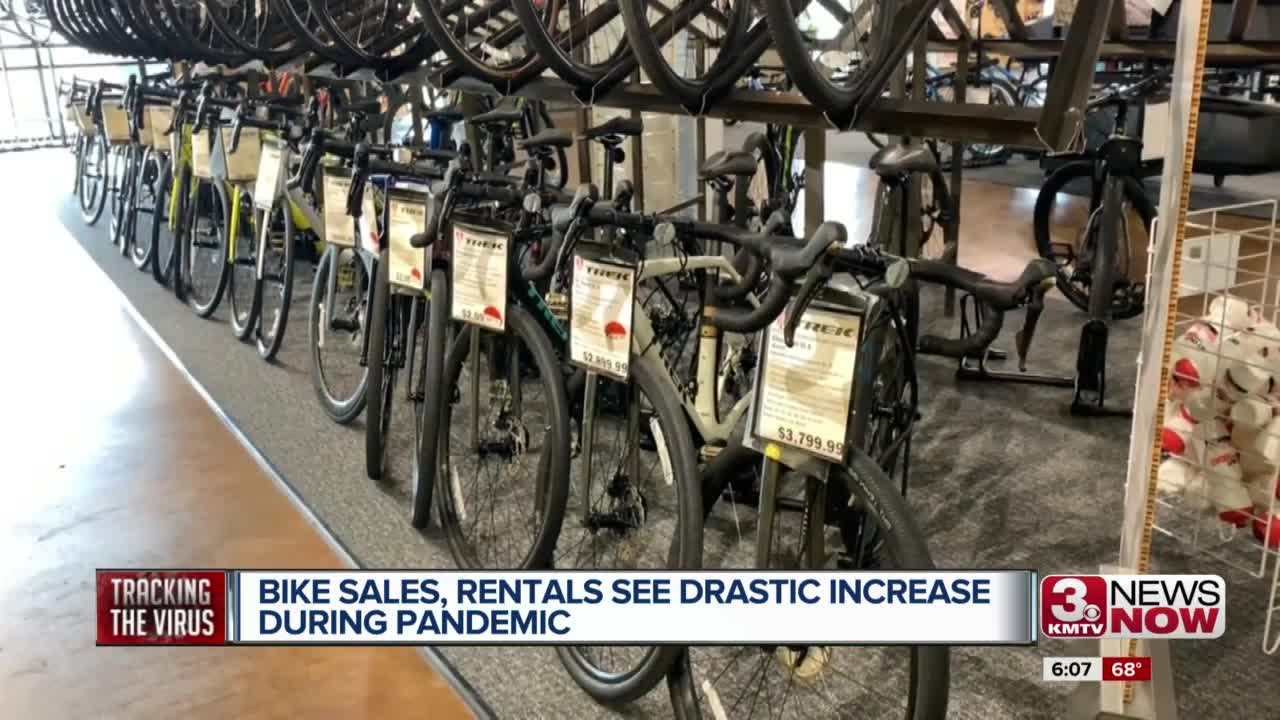 How an increased interest is impacting local businesses and people getting into the sport.

With gyms being closed and many people finding themselves staying inside for work and school, more Nebraskans are trying out a new hobby: biking.

“Anybody can look out their window and they’ll see a huge uptick in the number of people out biking and walking. I’m seeing kids on bikes in my neighborhood that I’ve never seen before," said Julie Harris, executive director of Bike Walk Nebraska.

Bike Walk Nebraska, a group that advocates to make walking and biking more accessible, says the numbers show more people are picking up this outdoor activity.

In April, many trails in Omaha had at least 74% more people using them than last year, and The West Papio saw an increase of 252%.

With so many people biking, shops like the Bike Rack say they’re seeing more and more empty shelves as they try to keep up with the new demand.

“Compared to years past, we’re up 150-200 % in sales. I was looking at numbers and we sold about 18 hundred bikes since mid March actually, just at this location here. So its been massive," said manager Robb Heitt.

Heitt said along with bike sales, there’s also been a huge increase in service requests as people are pulling bikes out of their garage for the first time in years.

“A lot of bikes coming in for service. Actually our service department got pretty swamped. For a little while there, we were about 3 weeks out for getting any sort of work done on them because we had so many bikes coming in," Heitt said.

Along with bike sales going up, bike rentals are also on the rise. Benny Foltz with Heartland B-Cycle, says people are renting bike- not just for recreational use.

“During this pandemic, we’ve seen all sort of different types of behavior. As people were not using the public bus, they started riding the E bikes more to get around," Foltz said.

The bikes are located throughout the metro area, and the staff is out every morning sanitizing the stations. Since it is community equipment, riders are encouraged to take their own precautions as well.

“We always encourage all riders to wear gloves and masks and do the suggested six feet socially distancing, even while riding a bike," Foltz said. "That’s very important. And then when you’re done using the equipment to go ahead and wash your hands.”

Those who have been with the biking community for a long time, say they hope this newfound interest in biking will stick around.

“This is a real eye opener for a lot of people, maybe not to us," Harris said. "But we have a long way to go to really be bike friendly in Nebraska and I think we’re going to learn a lot from these folks that are getting out for the first time and want to keep doing this even after the pandemic ends.”

You can visit Heartland B-Cycle’s website for a discount on annual membership rates, and Bike Walk Nebraska’s website is offering refreshers on rules of the road for cyclists.