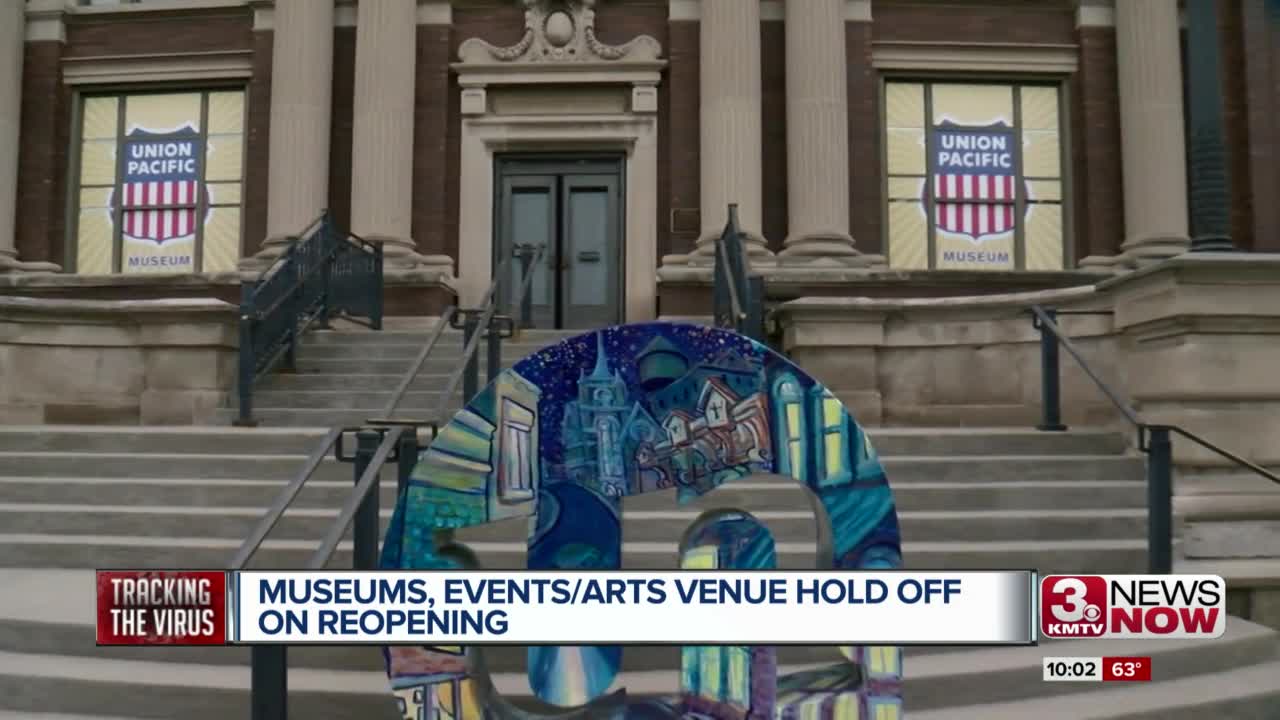 Some Iowa venues allowed to reopen starting Friday, but some museums say they'll continue to wait

Auctions will also be allowed up to 25 people. Any more than that and they'll need to take place outdoors with guidelines.

Although Governor Reynolds has given the OK for places like museums to reopen, some in Council Bluffs say they're not ready to open their doors this Friday.

"While we're excited to open and and it feels very positive to have news of openings happening, we're not going to be opening on Friday," Museum Curator Patricia LaBounty said. "We're going to take our time we're going to make sure that we do this right to keep our staff volunteers and visitors safe."

LaBounty tells 3 News Now many of their volunteers are high risk seniors.

"We have to think about how we operate the museum with many fewer people with on site initially," she said.

"We need to make sure that we have sanitizing stations and procedures in place that are good for museum artifacts and museum spaces as well as good at sanitizing for a virus," LaBounty said.

It's also an events venue.

"We have lost a lot of visitors and patrons just because we want to make sure everybody's safe. So we estimate we've turned away about 7,500 people in the last month or two," Kehm says.

But they also aren't opening on Friday.

"Even though the governor's allowing museums as well as some bars soon to open, we're going to not necessarily go right away," Kehm said. "We want to make sure that we have everything in place not only for our staff but for our patrons and visitors to make sure they're safe."

She says they're hoping to receive more specific guidance from the state for performing artists to get back to work.

"They want to be open but if you're going to give us guidance and regulations and you only give it to us a few days before, how are we supposed to quickly operationalize that," she said. "And especially since up and until now we've been trying to understand the policies and procedures, you know it's our own interpretation at this point."

Kehm says PACE should open some time in June.

The UP museum doesn't have a set reopen date yet.