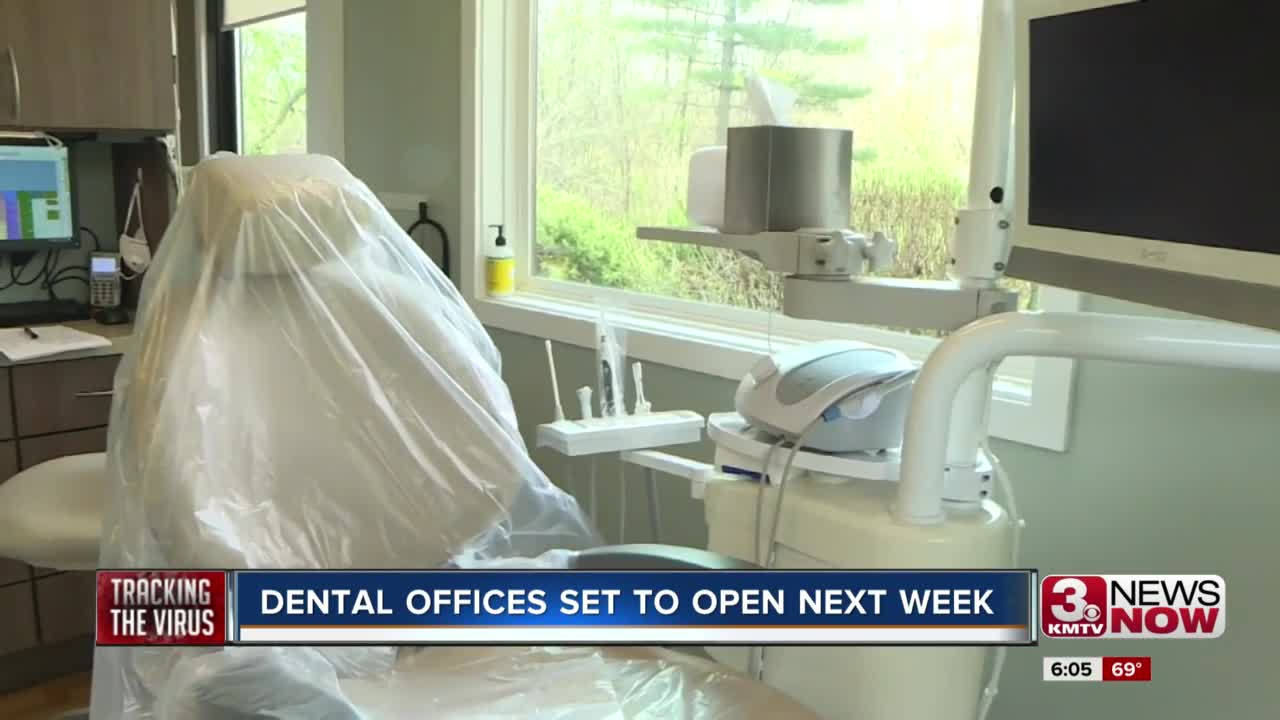 LINCOLN, Neb. (KMTV) — For over a month dental offices in Nebraska have been operating in just a minimal capacity, only allowed to do emergency services.

But the ban on elective surgeries ends next Monday, which means the offices are allowed to reopen.

“Dentistry is probably not going to get turned on like a light switch, it’s going to be like a dimmer switch,” says Dr. Ken Tusha, past-president, Nebraska Dental Association.

Dental offices can open up statewide Monday, but it may be a day or two until they allow customers in so they train staff.

New protocols are going to be used such as a face shield and head cover requirement for staff, no patient to patient contact, more detailed disinfecting procedures and patient screenings.

“Patients will have their temperature taken when they come in as well as go through a number of questions. And they may be sitting in their car while they’re doing this, we may be talking to them on their cell phones,” says Tusha.

Just like other businesses opening up, Governor Ricketts says staff who have underlying health conditions can remain home and on unemployment.

And if staff members just don’t feel comfortable opening up yet, they can remain closed.

“We’re allowed to open up but it’s not a mandate that we have to open and we really feel like each practice has to make their own decision.”