EXCLUSIVE: 'Things are getting worse': Health officials warn pandemic could get much worse in NE 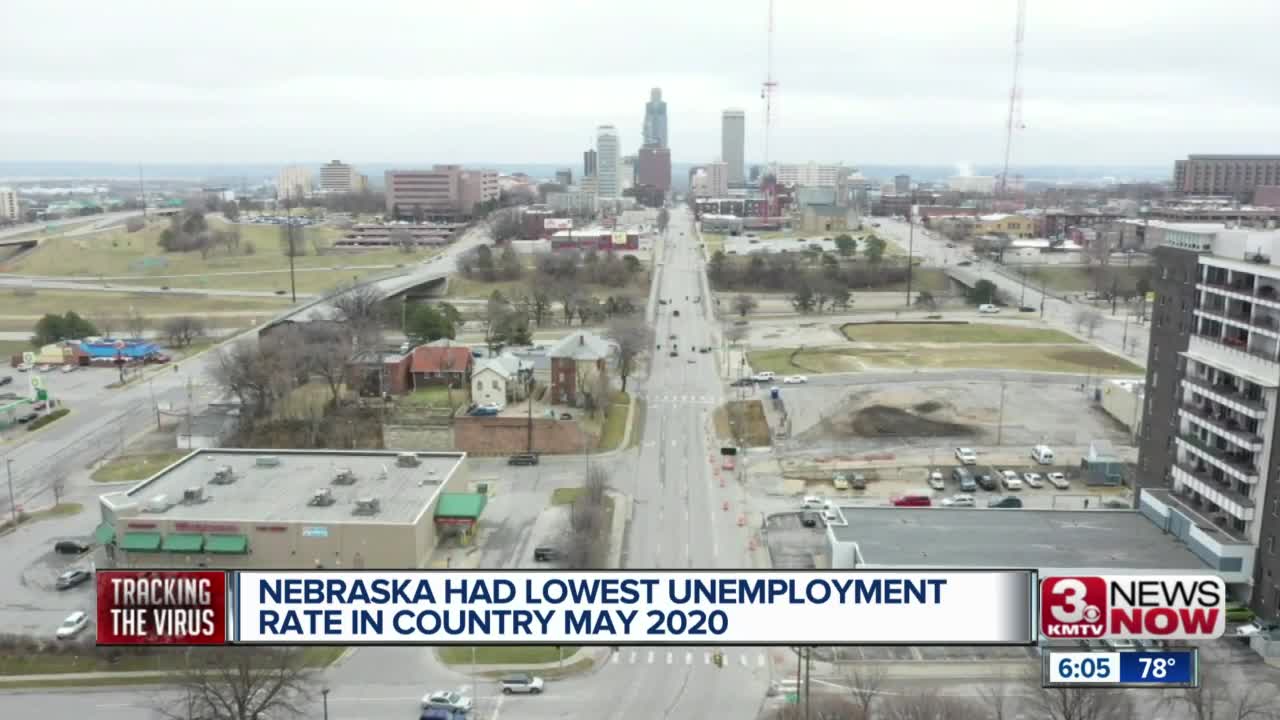 A local expert weighs in on why the unemployment rate is so low in Nebraska.

OMAHA, Neb. (KMTV) — Nebraska had the lowest unemployment rates in the country in May 2020, according to nonfarm payroll employment data released Friday by the U.S. Bureau of Labor Statistics.

“For a lot of states that would be a good unemployment rate in a typical year but in Nebraska it tends to be lower,” said Eric Thompson, the director of the Bureau of Business Research at the University of Nebraska-Lincoln.

In his role he studies the state, Midwest and national economies. He said Nebraska is normally on the low end of states when it comes to unemployment, with an unemployment rate around 3-percent prior to the coronavirus pandemic. He said the quality of Nebraska’s workforce, the industry structure in the state and the fact people in Nebraska could work remotely play a role in the low unemployment rates.

“Nebraskans have great resumes,” Thomspon said. “It helps them find work more quickly if they need to and be more likely to hold on to the position that they have.”

While Nebraska boasts tourism, Thompson said the economy isn’t as reliant on the industry sector as states like Nevada or Hawaii.

Nebraska also had the smallest over-the-year rate increase at 2.1-percent. However this is a little deceiving since it’s still a 67-percent rise from the state’s unemployment rate in May 2019.

“The recession has hit us hard but not as hard as other parts of the country. We continue to have our struggles,” Thompson said. “Five percent is a higher unemployment rate for us.”

The future of this pandemic is still unknown, but Thompson thinks the outlook in Nebraska may be better than in other states.

“Nebraskans work hard,” Thompson said. “That’s one of the things that help us when these economic recessions occur and it seems to be happening again. We’ve tended to fare better than the nation and honestly over the last 20 years we’ve usually had one of the lower unemployment rate in the country. I think that ultimately comes down to the quality of our workforce. Nebraskans have good resumes and an industry structure that is very stable.”

Thompson added western Iowa’s economy and labor market is very similar to what people are experiencing in eastern Nebraska.