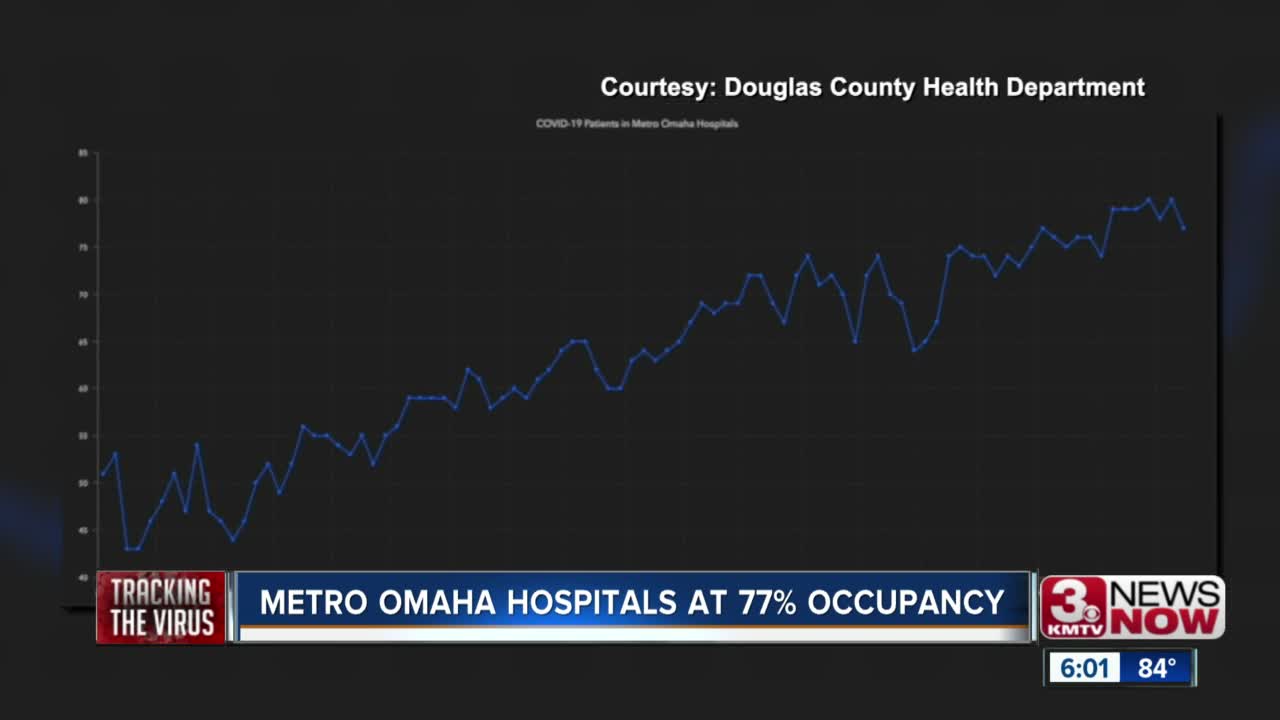 What a local expert said about COVID-19 trends in the area.

The amount is a sharp decrease from the 159 and 174 cases the health department reported last Friday and Saturday.

“Any time we start to see a spike, it’s worrisome, try not to overreact to just one or two days data,” said Dr. Mark Rupp, the Chief of Infectious Diseases at Nebraska Medicine.

Rupp said depending on the source or the number of testing there may be spike from time to time. He said it’s important to look at weekly trends and see if that’s going up.

“Right now we’re stable,” Rupp said. “Again if we’re not careful we could see these go back up.”

Currently, the percentage of positive tests in Douglas County is between seven to eight percent. While hospitalizations have risen over the past three months, according to state data, metro hospital occupancy rates have stayed between 72 to 80 percent since June 9th.

“We’re getting close and that is also having me concerned because if we see an upswing in the community we have less capacity to take care of people,” Rupp said. “Prior to the pandemic there were many days at Nebraska Medicine where we had people in the emergency department waiting for a bed so they could be admitted without any surge capacity and that has me concerned that if we get to the point where we have very little capacity to take an extra group of patients it won’t take much to really push us over the edge.”

Rupp added the high occupancy levels aren’t only due to COVID-19 patients but because of other elective medical procedures that are taking place.

As cases continue to stay high in states such as Florida and Texas, Dr. Rupp said Nebraskans should use those states as a warning bell at what happens if we relax too quickly.

“I hope the public continues to not be complacent and take this seriously because we can still put this sideways in the ditch if we’re not careful,” Rupp said.