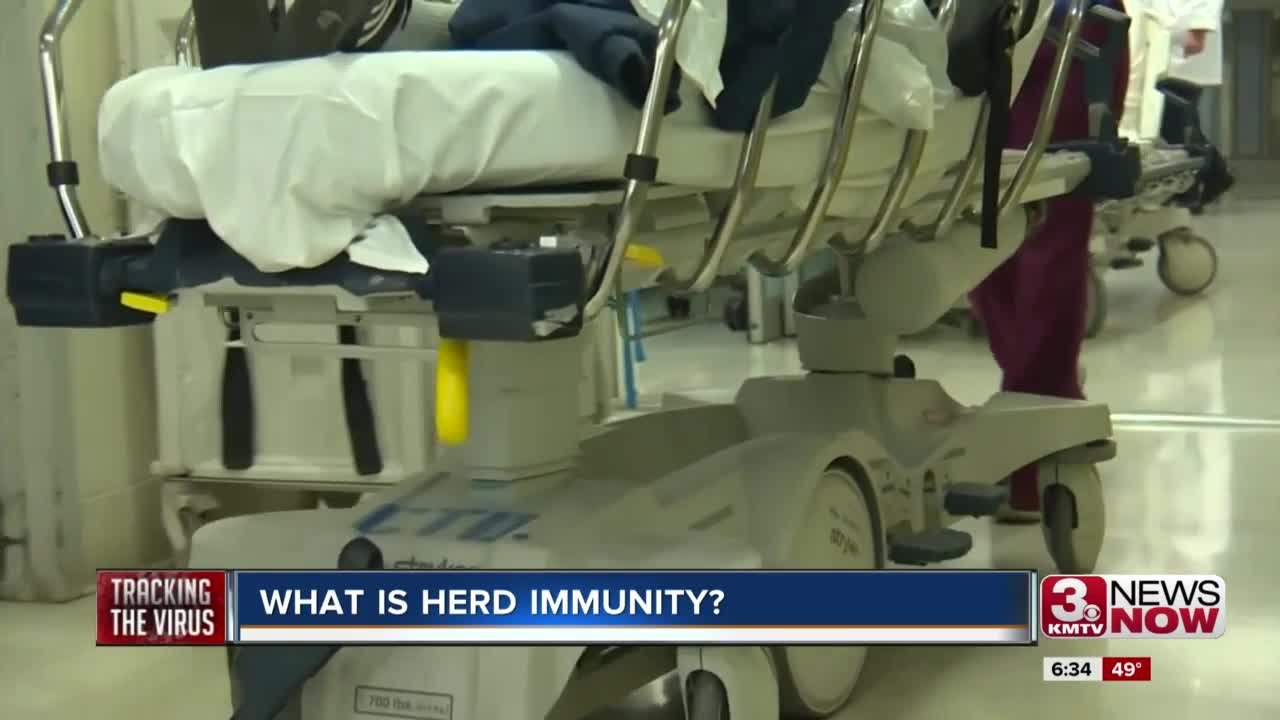 Over the past few days, the term herd immunity has been thrown out as an option to curbing the coronavirus.

However, many people don’t know what herd immunity is and how it works.

“Herd immunity is the idea that if you have a large group of people and you release the infection to a large group of people, a large proportion get sick and as they get sick we presume they have immunity,” said Dr. Kelly Cawcutt, a physician with Nebraska Medicine. “When the virus is continuing to spread it gets harder to jump from person to person because you assume you have immunity throughout the herd at a point at which it’s not easy to find the next person who has been infected.”

A goal of herd immunity is to protect those who are most vulnerable, such as the elderly and young children. The Johns Hopkins Bloomberg School of Public Health estimates if 70-90 percent of the population has the virus, herd immunity should go in to effect.

Although scientists believe the immunity will be permanent, no one know for sure yet if this will be true.

“If you don’t generate good immunity, herd immunity doesn’t work,” Cawcutt said. “If this isn’t a durable immune response, which is something that is in question, then this will make them sick but it doesn’t guarantee that they won’t get it again.”

Cawcutt said herd immunity could also cause major issues to the healthcare systems across the country.

“Follow the concept of herd immunity and we let everyone get sick quickly, we still have the capacity, especially here, to overrun our healthcare systems and have a surge and a peak that is much larger than we want,” Cawcutt said. “We are not advocating for the idea of employing herd immunity because we don’t know if it is going to work and if we try it and everyone gets sick we’re still struggling with the same problems we’ve been talking about the whole time.”