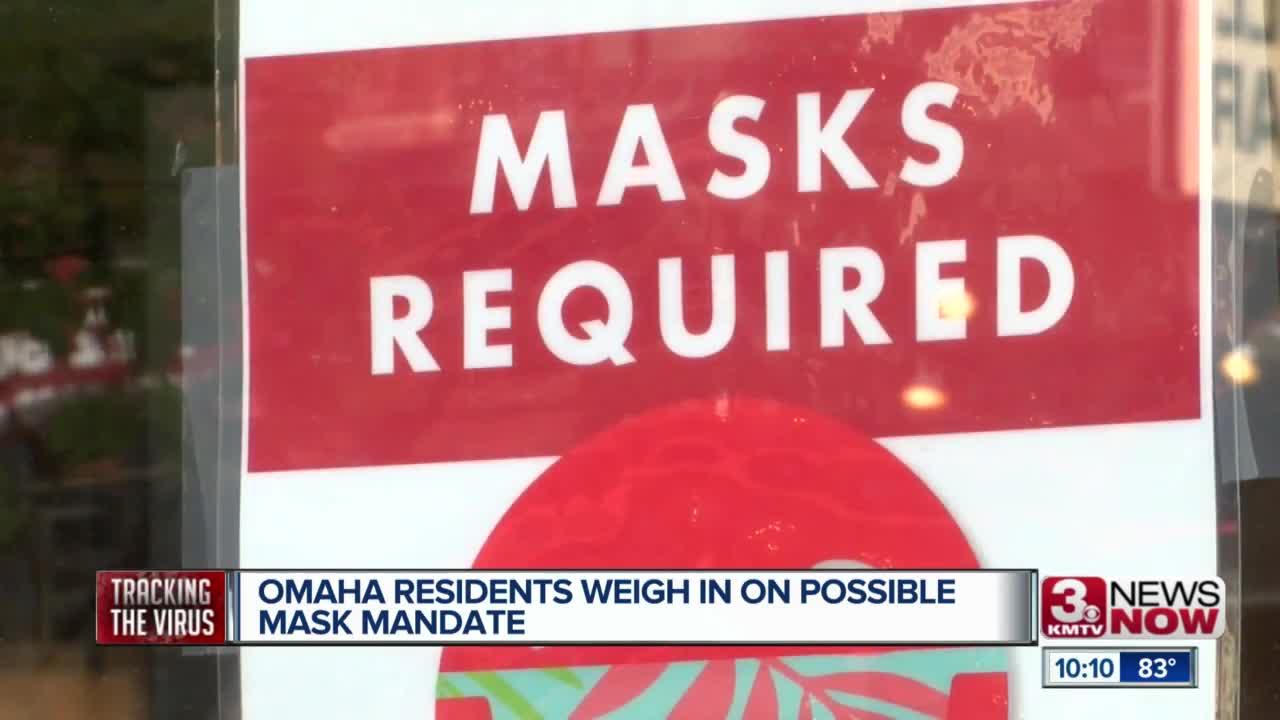 OMAHA, Neb. (KMTV) — Omaha is the largest city in the country without a mask mandate, however that could change this week.

The city council will vote on Tuesday to implement an emergency ordinance.

“I think it’s a little overblown," Omaha resident Don Arant said. "I think that people should have the freedom to wear them if they wish.”

Arant and Schmidt have opposing views on the how the city council should vote in implementing an emergency mask mandate.

If the ordinance passes, all people five years or older would have to wear a face covering while indoors. That includes places like educational institutions.

“It will curtail me going out a little bit because when I wear a mask, I can’t wait to get out of a place. I have a difficult time breathing with a mask," Arant said.

Like Arant, Schmidt says she also struggles to breathe in masks, yet wears one anyway because of family members with compromised health.

She will be a senior this upcoming school year, and hopes wearing a mask will allow some form of normalcy in her final year.

"I wanted to see my friends. I mean who doesn’t, but this is for our safety," Schmidt said. "I think we need a mask mandate. A lot of other big cities recognize that and it’s kind of sad that we are one of the few that don’t.”

Councilman Pete Festersen says they already have five votes confirmed for the mask mandate, and that only one more is needed to enact the emergency ordinance.

If the emergency mask ordinance isn’t approved, a regular mask mandate could be approved on August 25 if it gets just four votes.

Omaha Mayor Jean Stothert weighed in on Friday saying she believes a mask mandate will help flatten the curve.