Patrons head to bars in Iowa after reopening 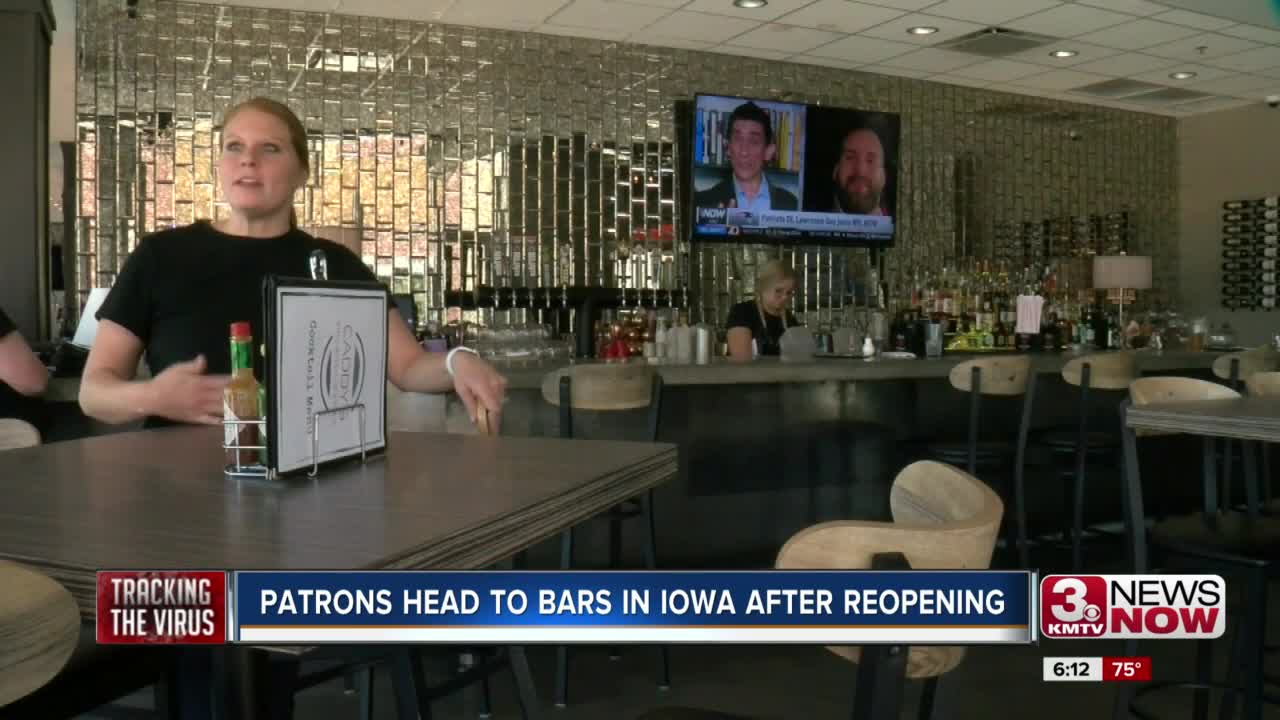 How people feel about bars re-opening in Iowa.

COUNCIL BLUFFS, Iowa (KMTV) — On Thursday, bars across Iowa were allowed to open back up to patrons, as long as they still followed certain directed health measures.

3 News Now went out to Council Bluffs to talk with patrons who were getting drinks Friday afternoon.

“Just to meet up again but be distanced is a good thing...to see a familiar face in a familiar spot,” said Jessie Stoffel, a customer at Barley’s Bar who met up with Nikki Clausen at the bar’s patio. The two hadn’t seen each other since March.

“We have little kids so we’re not on the bar scene anymore so this has been nice to get out,” Clausen said.

Across the street at Caddy’s Kitchen & Cocktails, General Manager Shaye Wynn said her staff is doing what they can to keep guests safe.

“I don’t think anyone was scared to come back, we were ready to get back to work,” Wynn said. “We gave everyone the option to wear a mask and no one wanted to wear a mask. We’re taking every measure that we’re supposed to clean all the time, we’re following the social distancing the best that we can.”

Wynn said it has been nice to interact with customers since they state loosened restrictions on restaurants earlier this month.

“It wasn’t the same,” she said. “It is nice to talk to people, sit at the bar and interact with people.”

The biggest issue bars are facing is how to serve drinks while keeping six feet of separation.

“When they’re sitting across the bar I’m already six feet apart,” Wynn said. “It’s difficult to serve a table six feet apart. It is tough but we’re doing the best we can.”

Bars in Nebraska will open back up Monday. The patrons said it was nice to be back at the bar.

“It does feel good, I think it’s going to be a new normal,” Clausen said.

“It’s a new normal but it’s a little closer to the normal we used to have,” Stoffel said.

For those customers in Iowa who still aren’t comfortable going back to the bar, Wynn said the state is still allowing cocktails to go and they remain popular for takeouts.