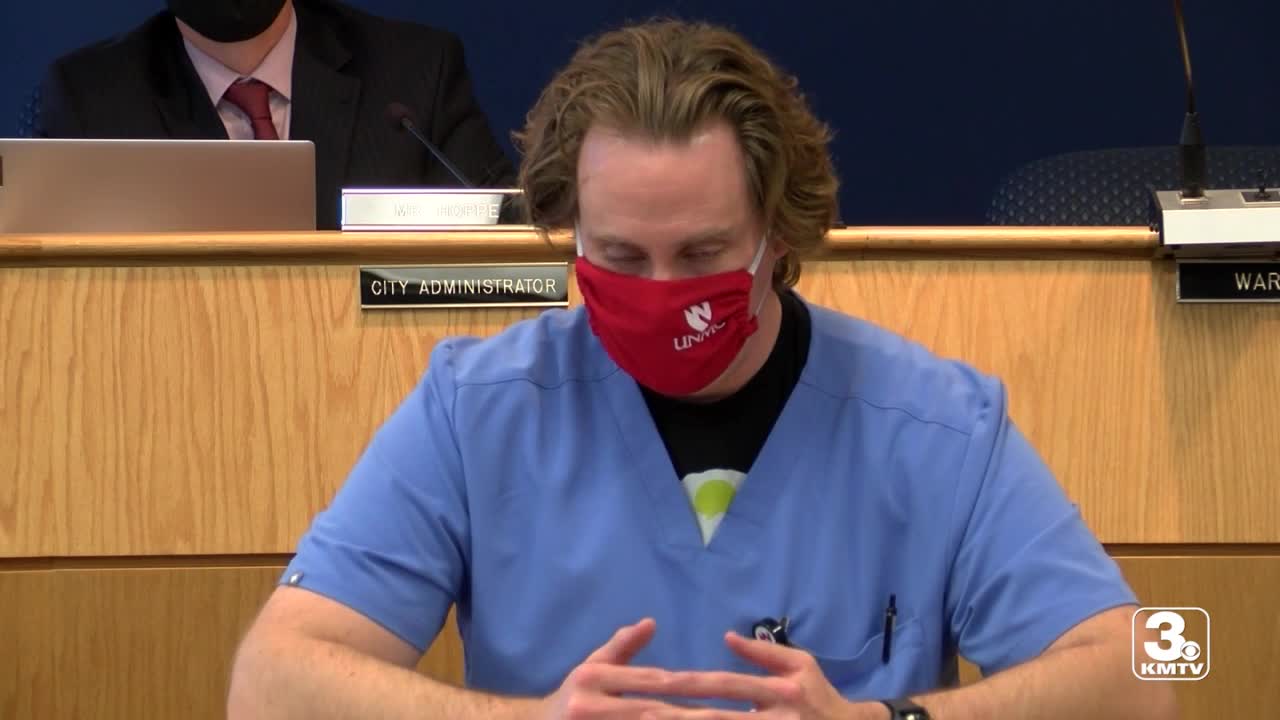 The city of Ralston created a Board of Health just this week, on Thursday the newly created board passed a mask mandate. It is set to go into effect, next Wednesday.

The city of Ralston moved quickly, just this week they created their own board of health, then on Thursday, the newly created Board of Health passed a mask mandate, making it very likely that next week you'll have to wear a mask, while you're indoors.

The five members of the Ralston Board of Health unanimously voted to pass a mask mandate Thursday, with the Ralston City Council set to formally approve it next week.

Board member Dr. Alex Dworak said he's seen the hospitals fill up and his colleagues exhausted.

"We're very close to a disaster unlike anything I've ever seen in my short career, and one that I hoped I would never see again. It's in our hands to decide how we're going to handle this,” says Dworak.

Others, like Ralston Police Chief Marc Leonardo, felt they had to do everything possible to try and slow the spread in Ralston and the metro as a whole.

"If we can do something small to at least slow the spread, or people a little bit of peace of mind to say we're trying,” says Leonardo.

Only one member of the public spoke against a mandate at the meeting, questioning that masked work at all. Doctor Dworak pointed to studies that showed they do and said it's one tool the city has.

"They're not perfect but along with avoiding confined spaces, avoiding crowds, being careful with our distance, handwashing they're an essential part of our strategy,” says Dworak.

Assuming the council ratifies the mandate, it's set to go into effect next Wednesday morning.

“If we get a complaint, we're going to say, 'we just passed this, I don't know if you know about it, here's the order, this is the mandate, you have to follow this,” says Leonardo.