Red Cross in critical need of blood donations due to coronavirus 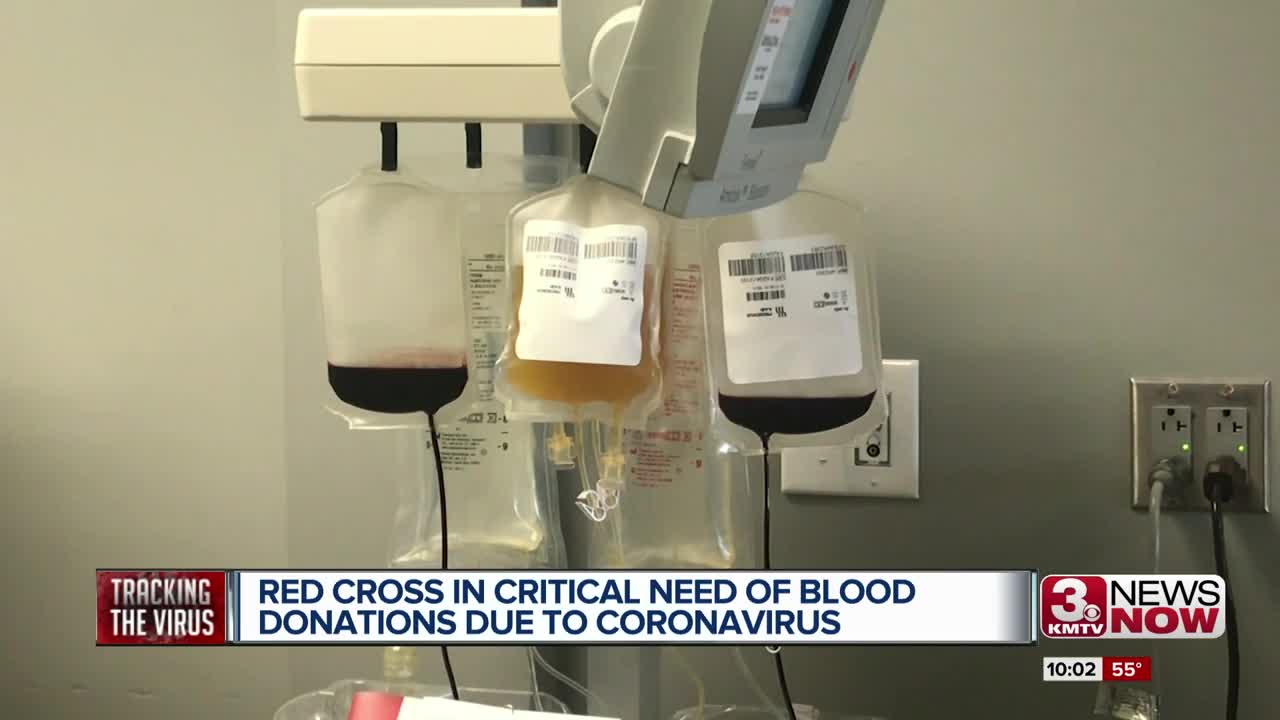 LINCOLN, Neb. (KMTV) — The Red Cross is asking those who can to donate blood.

At the governor's news conference Wednesday afternoon, the Red Cross announced that it has a critically low supply of blood statewide.

"If the need for blood exceeds available supplies we will have yet another health-care crisis on top of the COVID-19 emergency," Weysan Dun of the American Red Cross said.

"The need for blood has not lessened because of this emergency," Governor Pete Ricketts said.

Right now, the state is in dire need of blood donations as Coronavirus has impacted many local blood drives.

"We have seen thousands and thousands of blood drives canceled throughout the country and that has resulted in 250,000 lost donations," Red Cross spokesperson Samantha Pollard said.

Pollard says that need isn't going away any time soon.

"We don't know how long this is going to last so we're asking people to make an appointment to give when they can," Pollard said. "Even if that's two weeks from now, a month from now, get that appointment on the books so we'll know to expect your donation and that will help us plan for the for the future."

Donation centers changed their practices to ensure safety to avoid the spread of COVID-19.

"We have of course implemented our social distancing when you come into a drive you'll see our chairs in the waiting area are spread out,"Pollard said. "We have markings on the floor to kind of help people visually see where they should be standing so they're not too close to each other."

The Red Cross is also checking temperatures before allowing people inside donation centers.

Anyone with a temperature above 99.5 won't be allowed inside as a safety precaution.

We spoke with Bruce Peterson whose a long-time donor

"I like donating and giving back to the Red Cross--I had a friend of mine who needed blood 20 years ago and that's how I got started," he said.

The donation process takes a little over an hour, and for Peterson it's time well spent.

"It really makes people feel good that they're giving, and each time you give you have potential at saving three lives," he said.