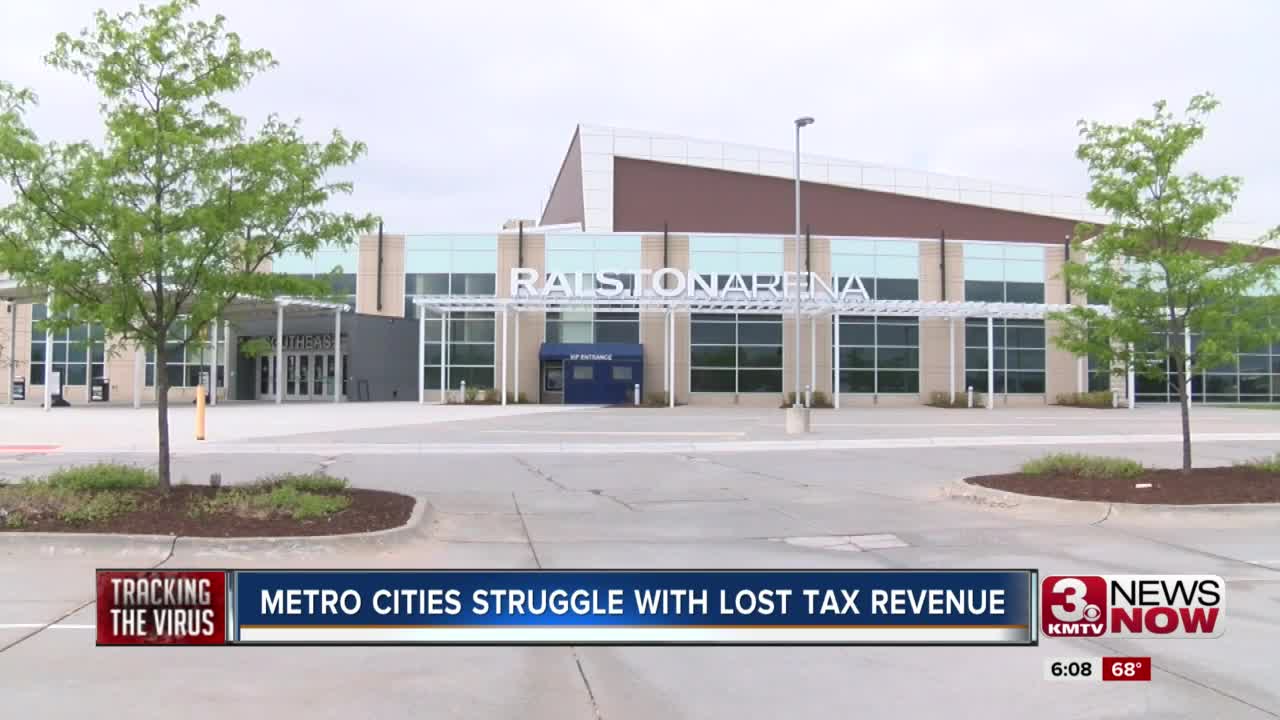 The lack of tax revenue has put a huge financial strain on city budgets.

Omaha is considering cutting police and fire staff if they don’t get federal assistance.

The city of Ralston is also looking to help, as their arena is currently closed and unable to generate revenue until they can open back up.

Ralston Mayor Don Groesser told the Douglas County Board, that without revenue from the Ralston Arena, they’re going to be in trouble.

“It is important to understand that if Ralston does not open the arena, we won’t be able to generate enough revenue necessary to meet our city's financial obligations,” Groesser said at the meeting.

Groesser was optimistic that the struggling arena was turning the corner. Last April it hired a private firm to manage it. Events were beginning to fill up the arena calendar.

“We were really looking forward to a good year, we were going to lose some money but not nearly as much," he said.

The city budgeted in a way where less money was going to the arena than the past. But that budget is now out of whack and the city needs help.

Currently the Douglas County Board has over $166 million they can divvy out for COVID-related expenses. The state has over $1.8 billion for the same reason.

With no obvious end in sight for the pandemic, Groesser says that money is needed to fund his police department, which he desperately does not want to cut.

“If things don’t break loose sometime soon, it’ll have to be a reduction in personnel, because 80 percent of my budget is made up of personnel cost.”

The board is in the process of figuring out how to use that money. It’s also possible Governor Ricketts will loosen restrictions and allow for some live events.

Regardless, Groesser needs the money by late summer.

“We projected until somehow around August and then we’ll have to re-assess everything in August and see where we go from there,” says Groesser.

Down the road in La Vista, Mayor Doug Kindig is still determining how much tax revenue they lost, but says they do have a $4 million rainy day fund to fall back on.

“So we’re going to be in this process of assessing almost on a monthly basis on how we move forward,” says Kindig.

The growing city is currently developing 84th Street, which will have shopping, restaurants, trails and live entertainment.

Kindig says he doesn’t know yet, but they could tap the brakes on the project, but says it will get done.

“Is it going to be delayed, maybe too early to answer that, but probability, probably yes. We don’t know for how long,” says Kindig.