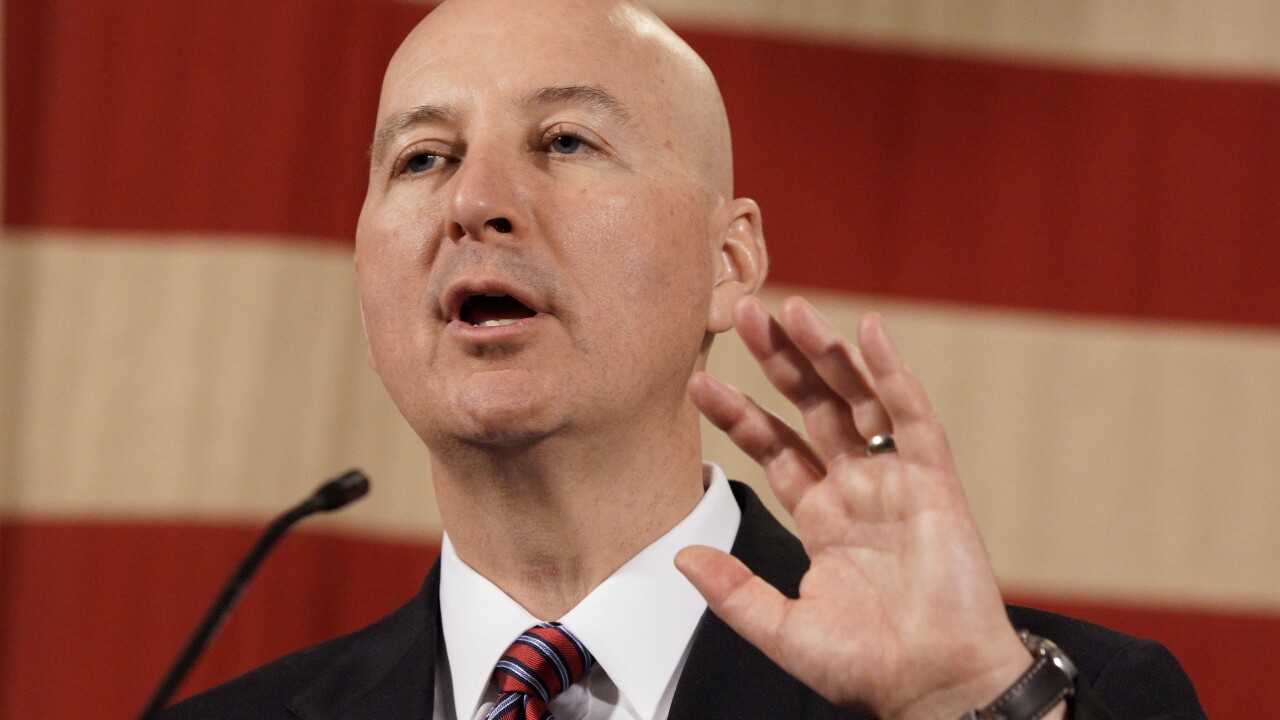 LINCOLN, Neb. (KMTV) — Four Nebraska state senators sent a letter to Gov. Ricketts on Monday asking him to terminate the state's agreement with the company behind the TestNebraska initiative due to lack of experience and lack of consultation with UNMC.

Concerns have been raised in Iowa, Nebraska, and Utah about the Test programs, and whether the Utah-based companies that run them have the expertise and experience to accurately do testing.

Additionally, Gov. Ricketts said the senators should be happy the state is doing more testing and said he hasn't heard complaints from UNMC or health officials.

To be clear to the people of Nebraska my colleagues and I do want more testing. We want it headed up by Healthcare professionals and for the funds to be invested in Nebraska Healthcare infrastructure. https://t.co/KLVNmymoJC

See more about the letter sent by the four state senators below.

LINCOLN, NE – Senators Machaela Cavanaugh, District 6, Megan Hunt, District 8, Carol Blood, District 3, and Rick Kolowski, District 31, today sent a letter to Governor Pete Ricketts asking him to terminate Nebraska’s agreement with Nomi Health, the company behind the TestNebraska initiative immediately and reinvest the 27 million dollars to be given to the Utah based company back into Nebraska's public health and healthcare system.

In the letter, the Senators stated, “We are writing to you today to request that you terminate the no-bid contract with Nomi Health and its affiliates immediately, reinvest the dollars that were to go to Nomi in Nebraska’s county public health labs, and support our local healthcare providers in increasing their efforts to combat COVID19 across the state.”

The four Senators also raised concerns around the ability of Nomi to deliver on the contract and provide good stewardship of taxpayer dollars.

“Nomi Health has failed to deliver the contractually required number of daily tests and has also failed to meet the contractually required 48-hour turnaround time for test results. Recent news reports about the financial relationship between Nomi Health’s leadership and the manufacturer of the drug hydroxychloroquine, which until recently was featured in the TestNebraska questionnaire, have also raised concerns about the company’s stewardship of the tax dollars and personal information of Nebraskans.”

The Senators asked Governor Ricketts to cease the contract with Nomi Health and instead invest the dollars in Nebraska jobs.

“We ask that you turn the assessment questionnaire process over to the Nebraska Health Information Exchange (NEHII), which already is Nebraska’s Medical Information Repository and HIPAA compliant, and consider coordinating with companies in Nebraska’s own Silicon Prairie to find a tech solution tailored for our state.”

“During this economic crisis it is also vitally important that every dollar we have be prioritized for reinvestment into Nebraska to strengthen our existing healthcare infrastructure.”

Under Nebraska’s contract with Nomi Health, Nebraska may terminate the contract at any time before May 19th.

“From day one, we have worked tirelessly with Governor Ricketts to bring robust, effective testing to the people of Nebraska, and it's disappointing to see these four Senators now trying to play politics with peoples’ lives during this crisis.
To date, we have delivered over 200,000 FDA-approved tests ahead of schedule, launched TestNebraska with leading software companies, set up and validated an automated CLIA certified lab at CHI Health St. Elizabeth, and helped mobilize testing sites across the State. TestNebraska is an incredible collaboration between this state’s public and private sectors, including the Nebraska's Department of Health, the Nebraska National Guard, CHI Health and many others.

The Senators are welcome to join the more than 120,000 Nebraskans who have already been assessed on www.testnebraska.com [testnebraska.com] if they'd like to experience it for themselves. We look forward to continuing our work with Governor Ricketts and invite these Senators to join our efforts in getting Nebraskans back on their feet.”