Truckers continuing to deliver goods across country amid coronavirus pandemic 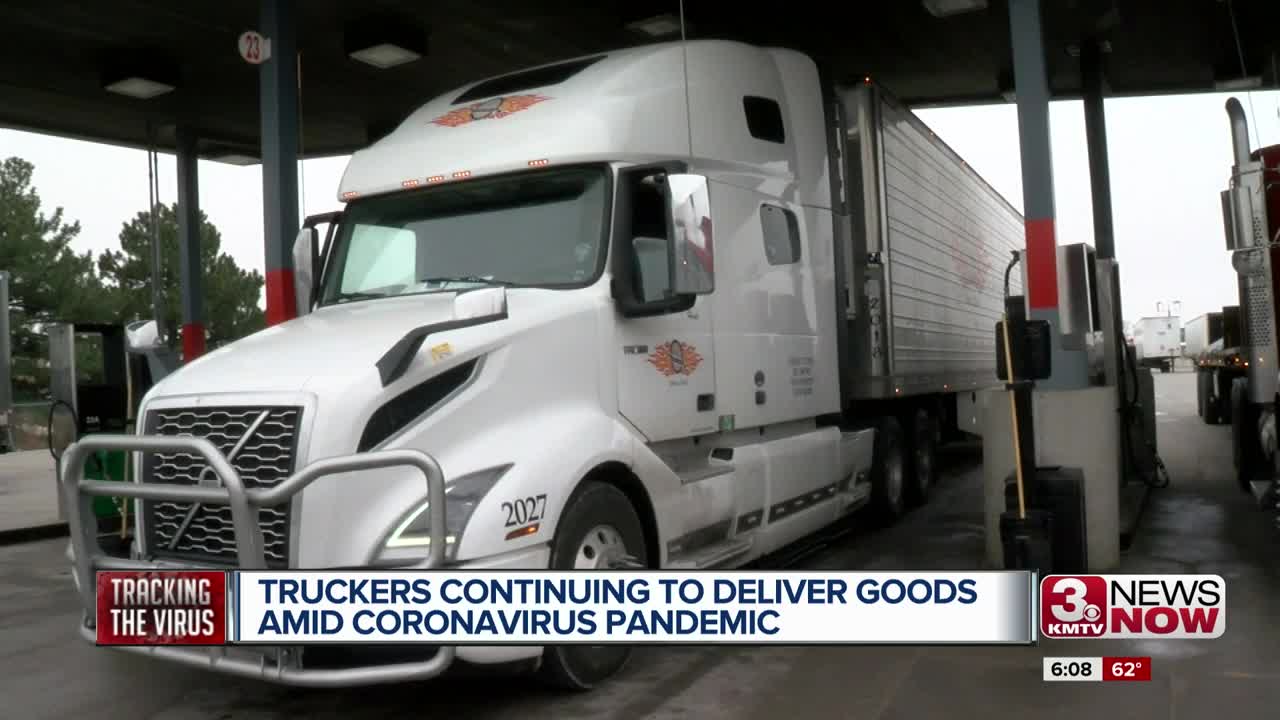 OMAHA, Neb. (KMTV) — As the country continues to shut down amid the coronavirus pandemic, the trucking industry is staying strong.

Across the United States trucks are heading on the highways and stocking the shelves for eager customers.

“We need to get the product to them where they can buy whatever they need to buy so hopefully we can do that for the American people,” said James Bates, a truck driver who has logged more than seven million miles on the road over his nearly 30-year career.

Bates said there would be major issues if the trucking industry had to shut down due to the coronavirus.

“America would come to a screeching standstill within a day," he said.

He said his company has 7,857 trucks on the road, delivering roughly 3 million miles daily.

“We have to be open, closing is not an option for us, our people understand that,” he said.

“A lot of people will go hungry, let’s just put it that way,” said Bob Peck, a truck driver who has been on the road the last 47 years. “People just think it magically appears there as truck drivers and as long as I’ve been doing it we get very little respect from the public.”

The drivers said they have sleeper units in their trucks and are practicing social distancing. They said they can still do their jobs safely without getting close to others.

“Our drivers don’t get in a lot of contact with a lot of people,” Leathers said.

“We’re automatically quarantined because we have to be in the truck,” Peck said.

Drivers also said it’s important for people to stay off the road so they can make better times and deliver more goods.

“I’ve been running down to Kansas City and the streets are dead and we can go right through and get everything delivered as quickly as possible,” Bates said.

Life in the truck can be tough. The truckers said they are hoping their line of work goes from a thankless job to a thankful job following the coronavirus pandemic.

“Hopefully they remember that we still do our job whether they see it or not,” Bates said.

“Everybody is really thankful for those that do cleaning, drive trucks and work on docks,” Leathers said. “Some of those people have been invisible for way too long. They matter and it’s time we recognize them.”

Leathers added another thing citizens can do to support truckers is to use the hashtag #ThankATrucker on social media.