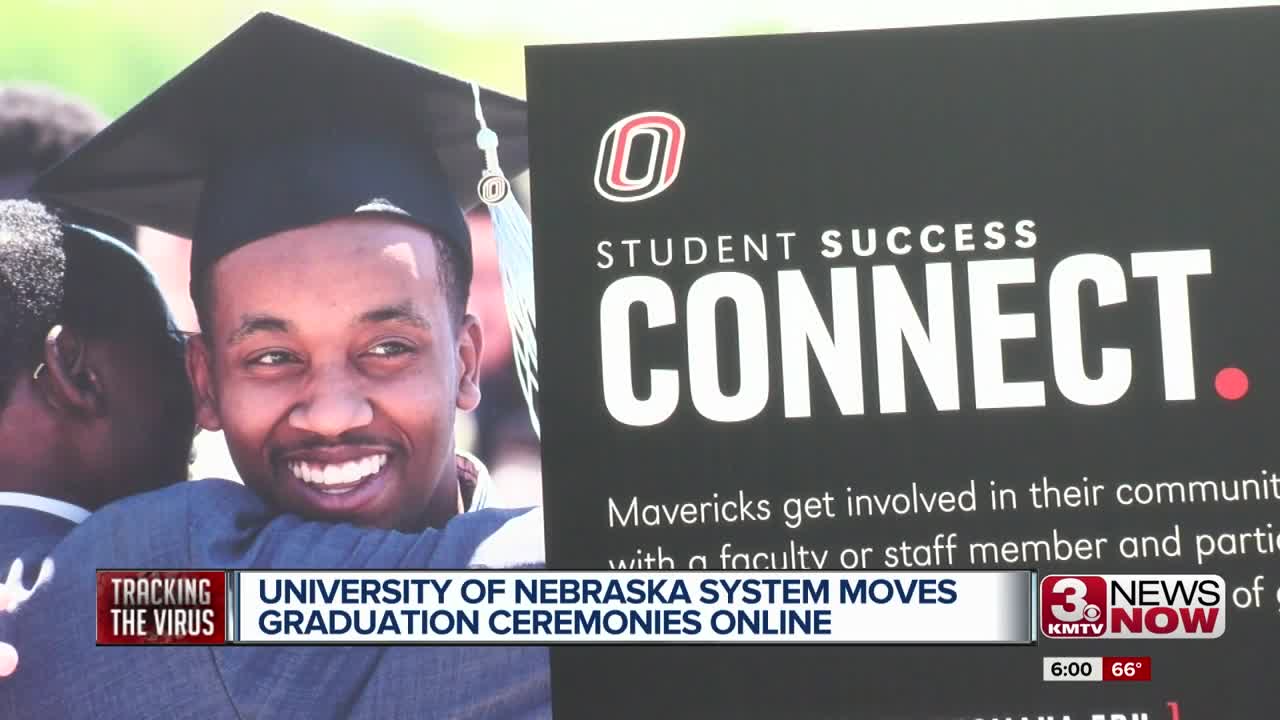 OMAHA, Neb. (KMTV) — The University of Nebraska system announced Tuesday all four campuses will be moving its May commencement ceremonies online.

“You’re disappointed but you get it,” said Ben Helwig, a senior studying journalism at UNO. “Nobody has experienced anything like this before.”

At UNO each individual college will hold a separate online ceremony. Each graduating student’s name will be announced individually with their picture shown on screen.

“I think this is best for the students,” Helwig said. “I think it’s safe, I think it’s smart and I think any precautions we can take to limit spreading is the right call.”

However not all students at UNO are happy about this decision.

“I think I share the sentiment that a lot of graduating UNO students feel, disappointment,” said UNO senior Abi Javier in a text message to 3 News Now. “It feels like all our hard work will go unnoticed and uncelebrated. This was also a time where a lot of students’ families would have been present and visiting them. So we’re not only feeling the loss of this event but also the family bonding and pride that was associated with it. However, I also understand the situation that we are in and I believe that the university and its administration are doing the best they can to support all their students. While an online commencement is less than ideal, I applaud UNO for still giving students like me an avenue to celebrate the culmination of my achievements as an undergraduate student.”

University officials at UNL and UNO said students will be welcome to wear a cap and gown and walk across the stage at a future ceremony of their choosing.

“Anyone who wants to can join us in the future, put on the cap and gown and walk across the stage,” said Dr. Jeffrey Gold, the Chancellor at UNO and UNMC. “Graduation is one of my favorite events of the year. I get a chance to shake hands with every one of my graduates and I don’t want to be left out of that cycle either. So I do hope they come back in December or next May and we will do a special recognition for them.”

Dr. Gold said students will be awarded their degree in May but will receive the diplomas in the mail.

“Their career depends on having that degree in hand and we want to be sure that they have it in a timely fashion because they certainly earned it,” Gold said.

Dr. Gold said UNMC is still figuring out details on a hooding ceremony for the medical students. A potential option is to have family members do the ceremony with the students instead of faculty mentors. Dr. Gold also said all students will get an electronic version of their degree along with a print degree.

Helwig said he’s not sure if he’ll watch the online graduation or walk at a future UNO commencement ceremony. He said getting the degree, not the recognition, is what truly mattered to him.

“The people who know you’re graduating are still reaching out,” Helwig said. “My parents said they’ll still throw a big party. You don’t get the actual experience but you still have the people who are going to share that with you.”

Along with the University of Nebraska system Peru State College announced it is postponing its commencement ceremony until December while the College of Saint Mary in Omaha announced it will move its graduation to August.