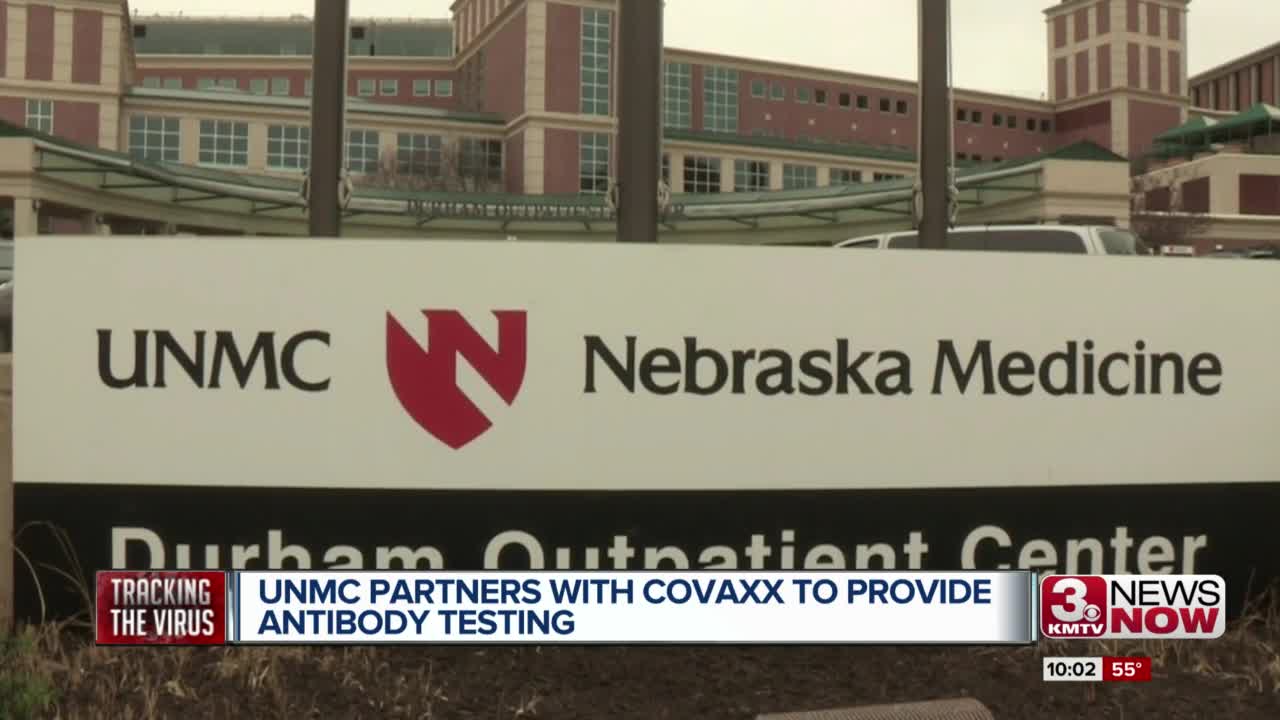 The University of Nebraska Medical Center is preparing to provide thousands of antibody tests for COVID-19.

OMAHA, Neb. (KMTV) — The University of Nebraska Medical Center is preparing to provide thousands of antibody tests for COVID-19.

Thanks to a new partnership with a bio-pharmaceutical company, large scale testing is expected to begin in about a week.

He tells 3 News Now, "Right now the antibody testing requires a blood draw. Hopefully in the near future it'll be as simple as a finger stick. But right now it does require a blood draw so the question is, how fast can we get all that information together, get the blood draw done, and get it processed? We want to get to several hundred thousand tests a week."

"We worked with them on their test which started out as a good test but ended up as they continued to improve it with working with us as a great test," he said.

Antibody tests look for the presence of immunity to the virus to see if someone already had the infection.

PCR tests, like TestNebraska, look for genetic fragments and show if someone is actively infected.

"I've not been involved in the TestNebraska discussions but anything that brings high quality, high volume, rapid turnaround testing to the state is a good thing," Dr. Gold said.

He tells 3 News Now the antibody tests were already offered to Omaha firefighters.

"We're doing some of the testing right now so there are individuals that need antibody testing. We do have that service," he said.

The goal is to provide testing to tens of thousands of people a day.

"When the COVID-19 vaccines come out and they're proven to be safe and effective I do plan to get immunized as well," Dr. Gold said.

He went on to say that the state isn't in the clear just yet, so people should still take necessary precautions.

"I feel as deprived as anybody else does, but it beats the heck out of being in a hospital or an intensive care unit," Dr. Gold said. "That's what I have to keep reminding myself, that's what I remind my family and that's the message that I would remind our audiences."