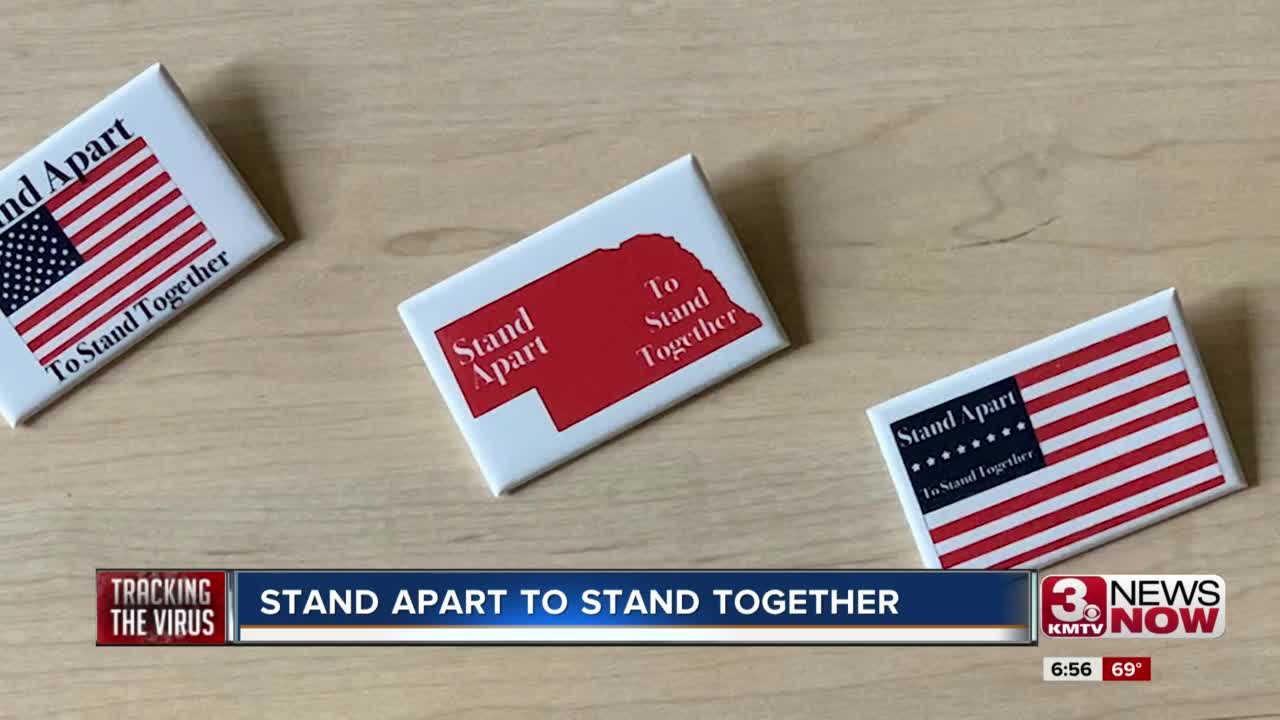 OMAHA, Neb. (KMTV) — While at the grocery store a couple of weeks ago, Luke Steiner, a Westside High School sophomore, noticed some people going about business as usual.

He came up with the idea to create button reminders that say “Stand apart to stand together."

They're easier to re-wear than t-shirts and more affordable.

“It’s kind of just a way for people to say, 'I want to participate in it,' don’t come near me, that you’re following the initiative,” Steiner said.

He sells them on his website "TheDistanceProject.Net" for $2 each, just enough to cover the cost of the button plus shipping.

“I’m selling these buttons, not intending to make any money,” Steiner said. “But if there is any, it’s going to the First Responders Foundation.”

The idea has caught on. Over the past couple of weeks he has sold about 500 buttons in 12 states.

He even got a shout out from Gov. Pete Ricketts during one of his daily press conferences.

“A great example of a Nebraskan who is taking the initiative to be able to help fight the coronavirus here in our state,” Gov. Ricketts said. “It shows it doesn’t matter how old you are, everyone can be a part of fighting the virus here in Nebraska.”

Steiner said the project has been keeping him busy in between his homework.

“I learned a lot about communicating with officials and contacting officials, and also just make these social media pages, the website, it was just a lot of work,” he said.

Steiner said he can customize the design for groups wanting to order 50 or more buttons. You can order buttons directly from his website.