Puerto Rico getting funds for power grid 3 years after Maria 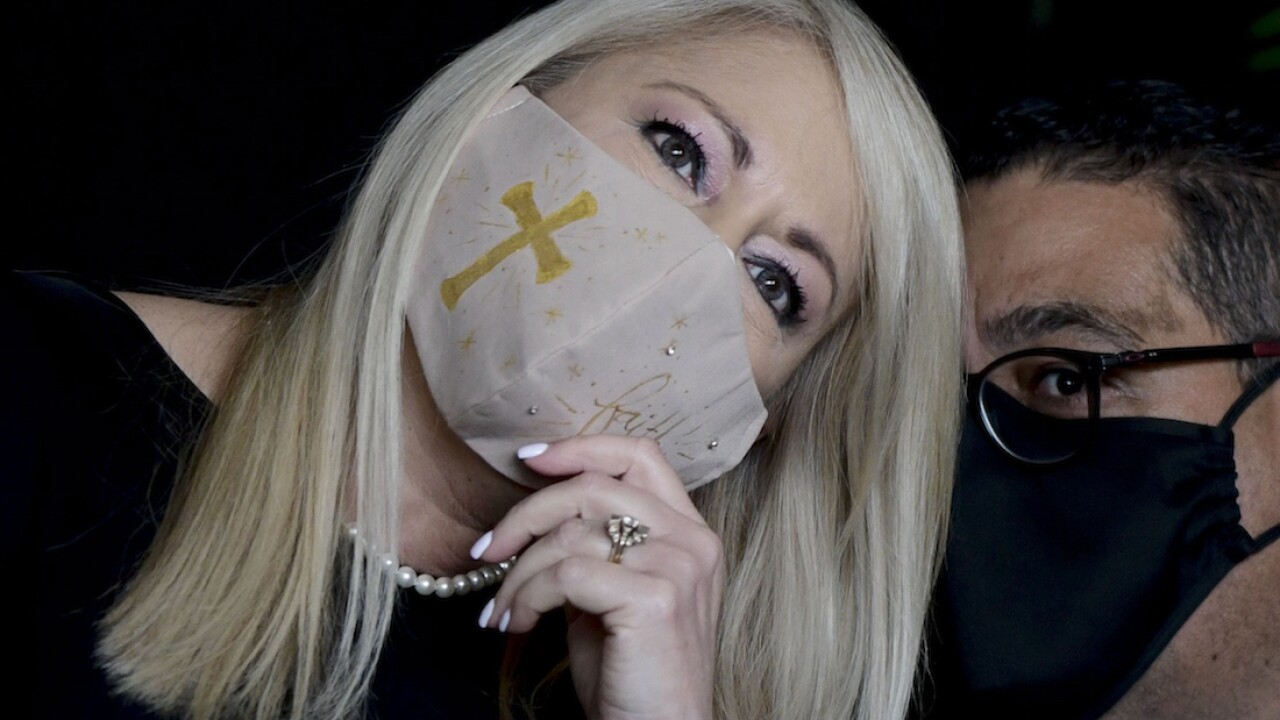 Copyright 2020 The Associated Press. All rights reserved.
Carlos Giusti/AP
FILE - In this May 21, 2020 file photo, Fovernor Wanda Vázquez Garced talks with her secretary of public affairs Osvaldo Soto during a press conference in San Juan, Puerto Rico. Puerto Rico is getting much of the money it needs to rebuild its power grid three years after it was wiped out by Hurricane Maria, the island territory's governor and the White House said Friday. (AP Photo/Carlos Giusti) PUERTO RICO OUT-NO PUBLICAR EN PUERTO RICO

WASHINGTON (AP) — The Trump administration has announced that it will release nearly $13 billion in aid to Puerto Rico to help the island rebuild its electrical grid and repair schools from the devastation of Hurricane Maria three years earlier.

In a statement, White House press secretary Kayleigh McEnany said $11.6 billion would be included for those projects.

"Federal funding of $9.6 billion will allow the Puerto Rico Electrical Power Authority to repair and replace thousands of miles of transmission and distribution lines, electrical substations, power generation systems, office buildings, and make other grid improvements," McEnany said in the statement. "The $2 billion grant for the Puerto Rico Department of Education will focus on restoring school buildings and educational facilities across the island."

The announcement comes amid criticism that the assistance was overdue and being released now only for political purposes. The grant comes as President Donald Trump, who has balked at providing assistance to the island territory, and former Vice President Joe Biden court voters in Florida, which is home to a large population of people from Puerto Rico.

In a press briefing on Friday, President Trump added that the aid package wasn't the only exciting thing happening in Puerto Rico - it was their pharmaceutical industry.

"We have spoken to various companies, and they are willing to go there," Trump said. "They want to have a little bit of help, but they are willing to go to Puerto Rico and Puerto Rico is going to be very exciting, let's going to happen. They were on the verge of doing it, and they took away all the incentives. I don't know how they allowed that to happen. It was very bad for Puerto Rico and the people of Puerto Rico. That was done by Democrats, and a Republican is bringing it back."

Trump added that Democratic presidential nominee Joe Biden "devastated" the country when he voted to eliminate a critical tax provision in 1996.

A year ago, Trump stated in a tweet that Puerto Rico was one of the "most corrupt places on earth," but on Friday, he said it wasn't anymore because he's the best thing that's ever happened to Puerto Rico.

"I have to say in a very nice way, in a very respectful way, I'm the best thing that ever happened to Puerto Rico," Trump said. "Nobody even close. As a result, the island's economy under the previously mentioned names [Biden and former President Barack Obama], it just absolutely cratered. Biden's vote left the United States at the mercy of foreign suppliers, putting our national security and health at risk."

Florida is a critical swing state in the Nov. 3 election.