This is why Rep. Alexandria Ocasio-Cortez endorsed Bernie Sanders instead of Joe Biden at the DNC 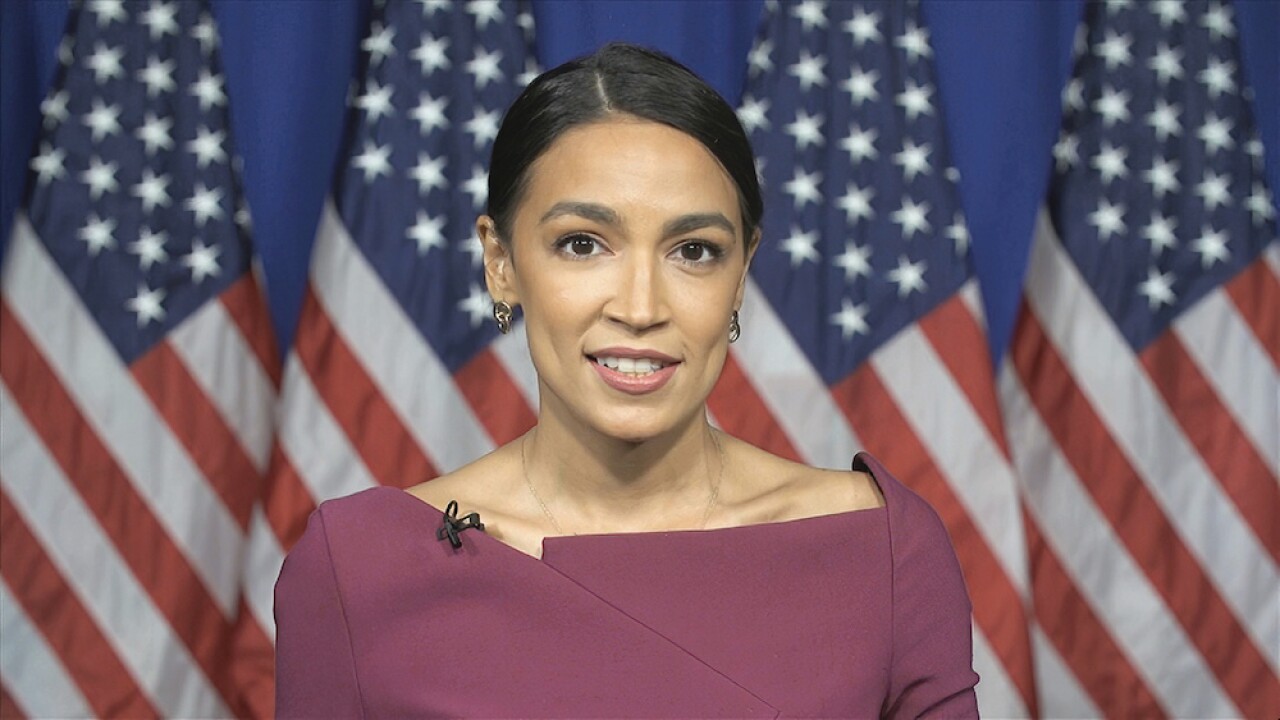 During her remarks at the DNC on Tuesday, Rep. Alexandria Ocasio-Cortez officially endorsed Sen. Bernie Sanders as the Democratic Party's presidential nominee — a move that some on social media claimed was an attempt to divide the party and the country.

However, Ocasio-Cortez's endorsement was simply a procedural motion and something that DNC organizers had built into the convention schedule.

When Sanders dropped out of the presidential race in April, former Vice President Joe Biden and his campaign allowed Sanders to hold on to his delegates as a sign of party unity. As a result, Sanders' delegates could officially cast their votes for the Vermont Democratic Socialist at the convention.

Convention rules stipulate that any candidate receiving delegate votes at the convention be formally endorsed for the party's nomination prior to ballots being cast. On Tuesday, both Ocasio-Cortez and former United Auto Workers Union President Bob King formally endorsed Sanders ahead of the roll call vote.

In fact, both King's and Ocasio-Cortez's speeches were listed on the DNC's Tuesday night schedule under the heading, "Nominating Speeches for Sen. Bernie Sanders."

Ocasio-Cortez herself later clarified her statement in a tweet.

"I extend my deepest congratulations to @JoeBiden - let's go win in November," she said.

If you were confused, no worries!

I was asked to 2nd the nom for Sen. Sanders for roll call.

Further complicating Ocasio-Cortez's remarks was a tweet from NBC News that the outlet later said lacked context and did not meet its editorial standards. The 10 p.m. ET tweet noted that Ocasio-Cortez's speech was "one of the shortest of the night" and that she "did not endorse Joe Biden." About three hours later, NBC News deleted its tweet and issued a correction.

The congresswoman later blasted the network for "spark(ing) an enormous amount of hatred and vitriol," calling their handling of the situation "completely unacceptable, disappointing, and appalling."

This is completely unacceptable, disappointing, and appalling.

The DNC shared the procedural purpose of my remarks to media WELL in advance. @NBC knew what was going to happen & that it was routine.

How does a headline that malicious & misleading happen w/ that prior knowledge?

When the DNC originally announced that Ocasio-Cortez would only be granted a 60-second speech during the convention, progressive Democrats accused the party of attempting to silence them while granting more time to moderates and Republicans, like Colin Powell and John Kasich. Ocasio-Cortez responded by tweeting the words to "I only have a minute," a poem by Dr. Benjamin E. Mays.