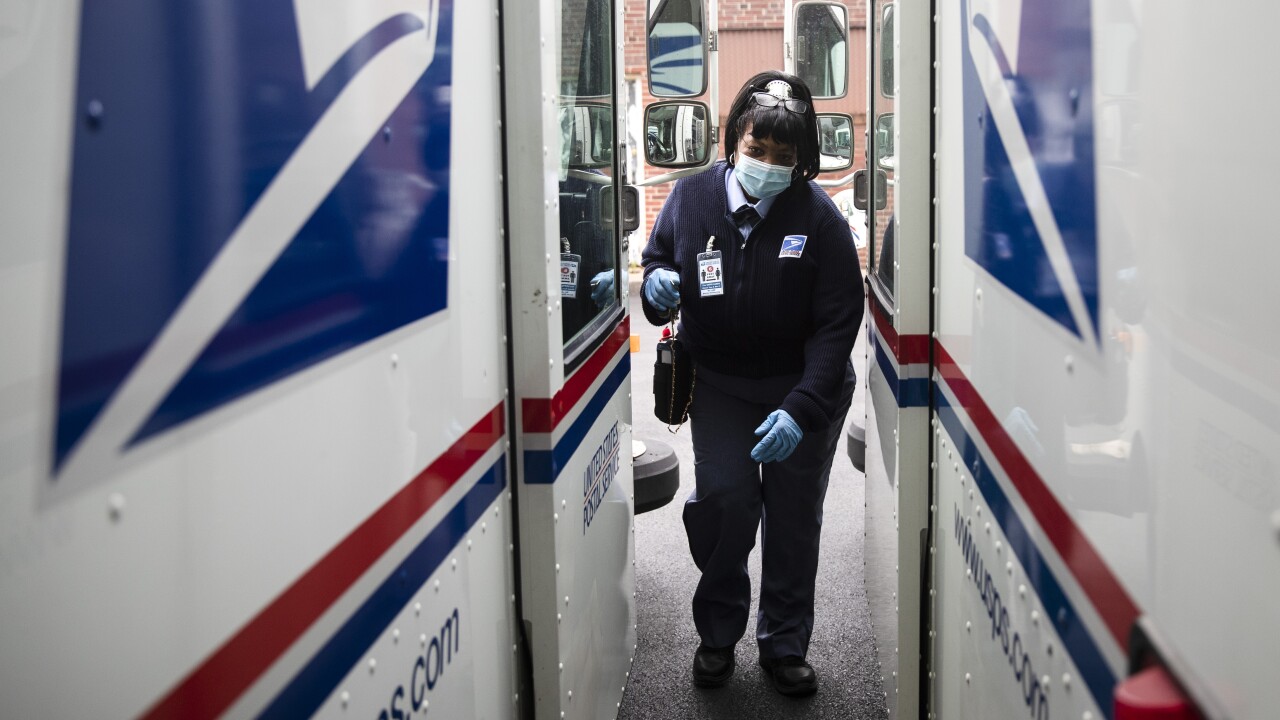 Copyright 2020 The Associated Press. All rights reserved.
Matt Rourke/AP
In this Wednesday, May 6, 2020, photo, United States Postal Service carrier Henrietta Dixon gets into her truck to deliver mail in Philadelphia. (AP Photo/Matt Rourke)

WASHINGTON (AP) — President Donald Trump says he opposes additional funding for the U.S. Postal Service, acknowledging that his position would starve the agency of money Democrats say it needs to process an anticipated surge in mail-in ballots during the coronavirus pandemic.

The Republican president said Thursday on Fox Business Network’s “Mornings with Maria” that among the sticking points over a new virus relief package were Democrats’ demand for billions of dollars to assist states in protecting the election and to help postal workers process mail-in ballots.

Trump said Democrats are asking for $3.5 billion for universal mail-in voting and $25 billion for the Postal Service

“They need that money in order to have the post office work so it can take all of these millions and millions of ballots,” Trump said in the call-in interview. “If they don’t get those two items, that means you can’t have universal mail-in voting because they’re not equipped to have it.”

Trump this morning why he won’t fund US Postal Service. “Now they need that money in order to make the post office work so it can take all of these millions and millions of ballots ... But if they don’t get those two items that means you can’t have universal mail-in voting.” pic.twitter.com/73NBmSnoNC

“The President of the United States is sabotaging a basic service that hundreds of millions of people rely upon, cutting a critical lifeline for rural economies and for delivery of medicines, because he wants to deprive Americans of their fundamental right to vote safely during the most catastrophic public health crisis in over 100 years,” Biden spokesperson Andrew Bates said in a statement obtained by The Associated Press.