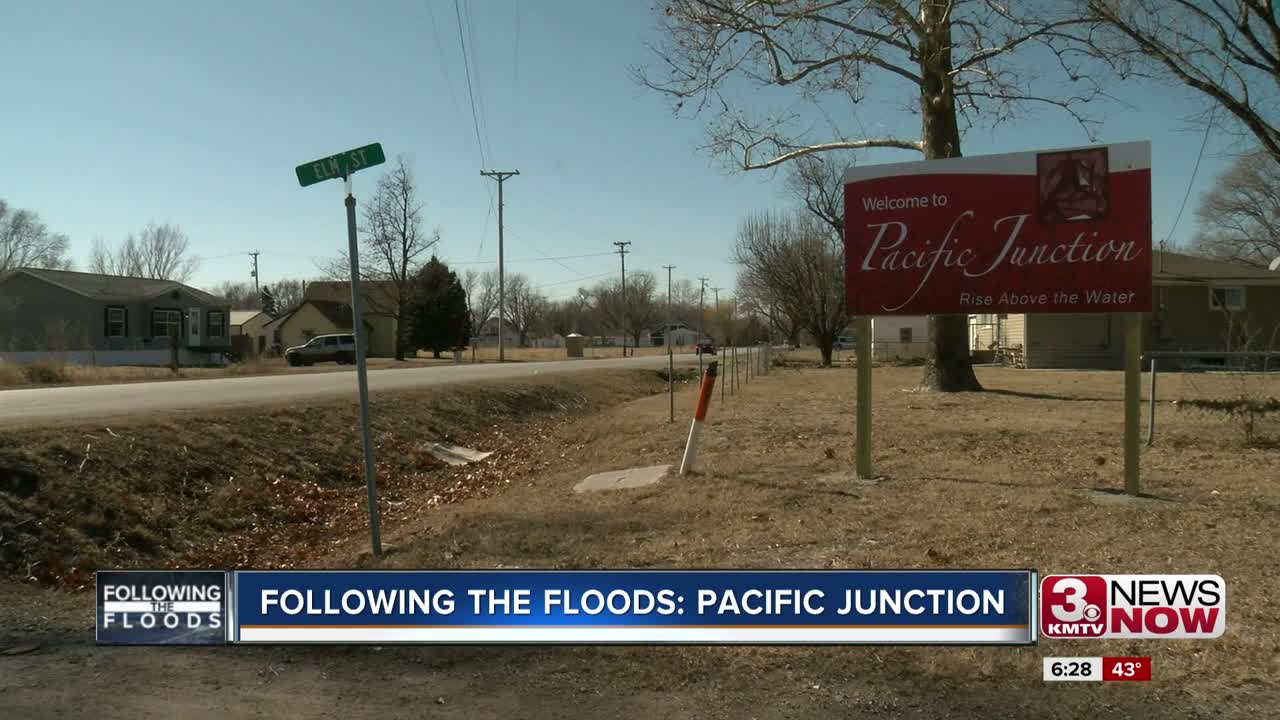 Pacific Junction, Iowa was one of the hardest hit communities in southwest Iowa during the 2019 flood. 3 News Now returned to the community to see how the town was rebuilding 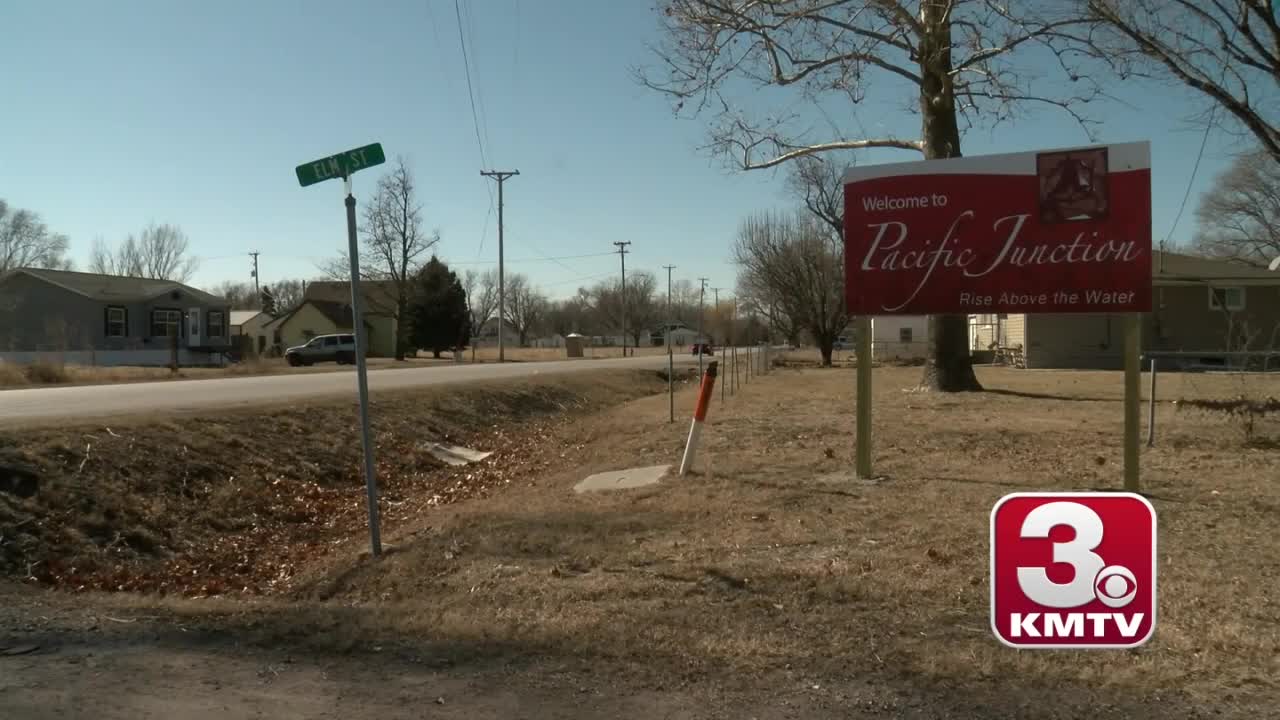 PACIFIC JUNCTION, Iowa (KMTV) — It's been just over one year since flooding devastated parts of Nebraska and southwestern Iowa.

In the year since, communities are recovering, balancing the act of rebuilding with living what they call the new normal. Over the month, 3 News Now is heading to some of the communities affected by the 2019 flood and see how they're doing a year later. This week, 3 News Now went to Pacific Junction, a small community in Mills County, Iowa that sits about 20 miles south of downtown Omaha. The town was one of the hardest hits across the state during the flooding last year.

"You have tornadoes, you have hurricanes, we happen to have a flood," said Pacific Junction Mayor Andy Young when discussing the flooding in 2019. "Every time you drive through town it's disheartening because you see the devastation. I did not realize the kind of water the Platte River was bringing toward us and I don't think anyone else did either."

Young said flooding lasted for roughly 28 days in Pacific Junction, reaching the height of the ceilings in some houses in the town. The community that was once 200 homes is now around 25. Young estimated 75-percent of the pre-flood population has left the community.

"The entire town was red-tagged and all that means was you needed to be careful when entering, Young said. "It's been a slow process. People are still leery on coming back. Some are waiting for the spring floods."

"Pacific Junction by far, when you think about it, the entire town was underwater," said Rick Allely, the Executive Director of the Mills County Economic Development Foundation. "I think it's safe to say it will be substantially smaller. You'll see new development and it will require new infrastructure. It's not going to be cheap, I think the community will still have a presence but I think it will be substantially smaller."

Allely said the state of Iowa through the U.S. Department of State and Urban Development (HUD) made $96-million available in community development disaster assistance. He also said families can have the government buy out their properties, but the buyouts haven't been decided yet.

"If they move forward with home buyouts and use FEMA funds, those properties will not be built back on, there is a covenant on those properties that keeps them as green space forever," Allely said. "You could see blocks and a large portion of that community that become green space."

Pacific Junction is also waiting to hear about FEMA's flood plain mapping, which could determine the community's viability moving forward.

"It's tough to give a selling point because there is still a lot of stuff that's up in the air," said Young when discussing the impending FEMA buyouts and flood plain mapping. "How do you know what life will bring. You take it one day at a time. There's no guarantees in life. That flood was categorized as a 500 year flood."

Mayor Young is one of the 25 homes who have moved back so far. He's currently rebuilding his home and plans to continue to make Pacific Junction his home moving forward.

"It's my home, grew up here and it's my home," Young said. "Have my house here, so now I get to start again with it."