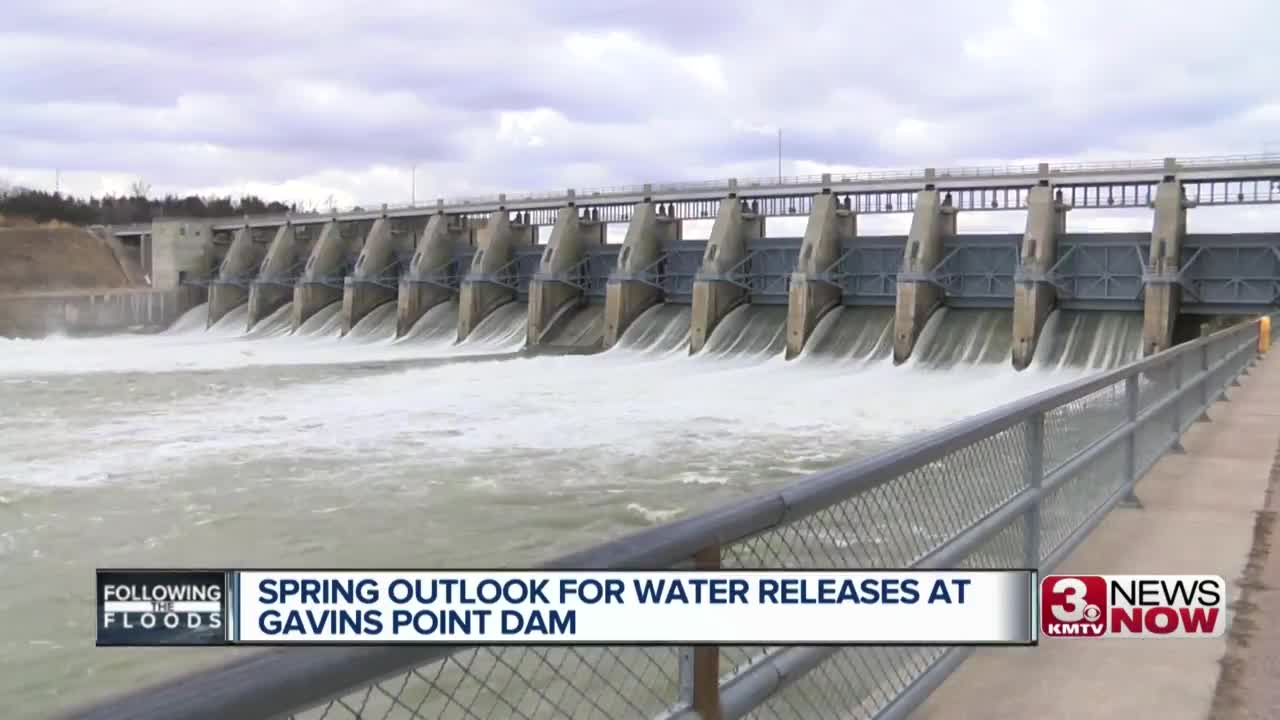 BURT COUNTY, Neb. (KMTV) — With so many impacted by those March 2019 floods, many in 2020 are looking up the Missouri River to Gavins Point Dam and to the U.S. Army Corps of Engineers for how water levels are going to be managed this spring season.

Jennifer Penny is a farmer near Decatur, NE, who has 1/4th of her farmland still underwater from last year's floods. "Disheartening, to say the least," said Penny.

Penny is a 4th generation farmer who took over the family business once her father Joe, passed away in 2017. He often shared stories with his kids about a flood that took place in the 50's. "He always said you girls and you boys you will never see this, you will never see this again and he would show us pictures of canoeing in to take care of the livestock to get groceries. Well, dad you're not here to see but I saw it three times last year," said Penny.

Her farmland flooded in three different seasons in 2019, and while she knows mother nature is partly to blame, she's also upset with those managing the waterways. "I would just really like someone from the U.S. Army Corps of Engineers who's making these decisions, to put themselves in the place of farmers and ranchers and people who are making their living off of the land."

We shared her concerns with John Remus, Missouri River Water Management Division for the U.S Army Corps of Engineers. "It was the wettest 12 months in 125 years for the entire basin so it's going to take awhile for this water to get off the land to soak in," said Remus.

Penny also says the water levels on the Missouri were low before the floods and the corps could have released more water from their dams upstream like Gavins Point. "There's also been a difficulty with people understanding that we are ice (changes things) in our winter releases. We do have lower winter releases and that's because we have ice in North Dakota, South Dakota and Montana," said Remus.

Ice can restrict those releases according to Remus. Unforeseen weather late in the winter up north like the bomb cyclone brought lots of rain with it. Remus also points out while Gavins Point does release lots of water, unregulated areas to the east where there are no dams, added tons of water to the Missouri River. He says while the flooding was unfortunate it could have been worse.

"We did surcharge Gavins Point by 2 1/2 feet, and what that means is we actually stacked water above the gates for a brief period of time. So we've taken the peak flow off, we cut the peak flow out of Gavins by half in the March event or nearly half so it would have been worse without the dams," said Remus.

Many along the river remained concerned about this spring, including Penny. So we traveled to Gavins Point to get an idea of the spring outlook. "Last year it was just under 60 million acre feet of runoff in the system this year we're forecasting 36 million acre feet so quite a bit less than what we actually saw last year," said Tom Curran the Project Manager at Gavins Point. He's more optimistic for this spring due to average snow pack up north. The dam is now releasing 35k cubic feet of water per second which is above average, but the peak of last season was 100k c.f.s. They plan to keep it at 35k for now and which makes them ready for the incoming snow melt. "All the storage has been evacuated and we're ready to capture this years runoff in the system up above here," said Curran.

While the corps doesn't anticipate historic flooding this year that doesn't mean there still isn't flooding concerns downstream, which may impact those like Penny. "There's only one way that water flows, and it down through the river and tributaries so we will eventually see that water."

That water is impacting lots of livelihoods along the river including for Penny, who isn't sure if her farm land will ever be the same. "A lot of people can't make it with 100% of their farm acres now a days and to have that cut to 3/4ths...very devastating," said Penny.

Penny also feels there is a lack of communication between agencies like the corps and residents along the Missouri River. The corps says they are hosting several meetings this year where residents can attend to address any concerns.

The three closest to eastern Nebraska area are below: