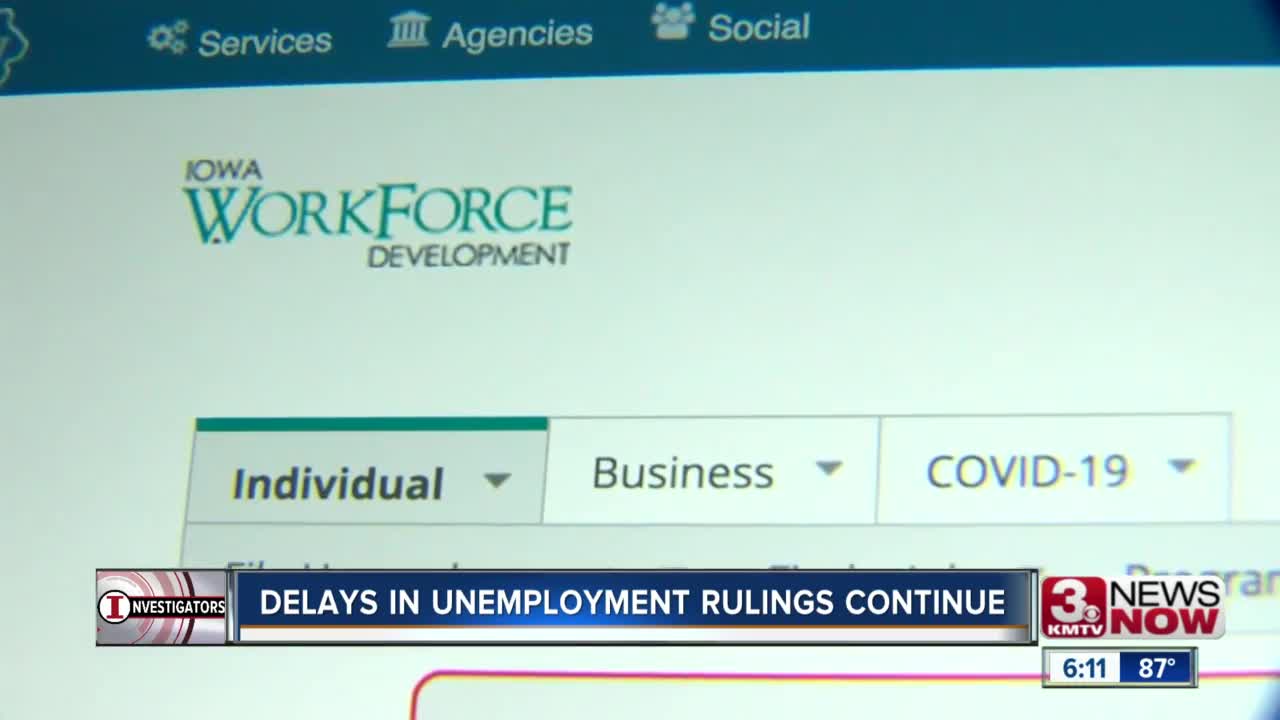 Fact-finding interviews are required when an employer contests unemployment claims.

EXIRA, Iowa (KMTV) — Daniel Jones says the reason he was fired from his job is all a big misunderstanding.

His family of three is now living on only the disability income for his three-year-old son, Xander, who is autistic.

Jones is one of about 10,000 Iowans waiting on a fact-finding interview from the Iowa Workforce Development to see if he'll qualify for unemployment.

Jones said he was first fired for being a no show when managers didn't find voicemails he left to call out sick until days later. They offered his job back, but on his first day back, he says he left to help with a family emergency, and was told not to come back.

He said he's been waiting about 11 weeks for a determination.

"We have over 500 staff who are working 60+ hours a week and every Saturday to process as many claims as quickly as possible," wrote Beth Townsend, an Iowa Workforce Development spokesperson. "We are diligently working our way through the fact-finding interviews we have as quickly as we can."

The number of claims each week are increasing in both Iowa and Nebraska.

In Nebraska, there were more than 8,200 new unemployment claimed filed. In June, that figure was less than 5,000 each week.

Iowa has seen a similar increase in initial claims, with more than 11,000 last week, its highest since May.