A woman sucker punched at the courthouse is taking legal action

Her assaulter wasn't fit for trial and the case was dismissed. Instead, she's seeking accountability without a lawyer.
Posted: 6:42 PM, Nov 26, 2019
By: Aaron Hegarty , Jeff Van Sant 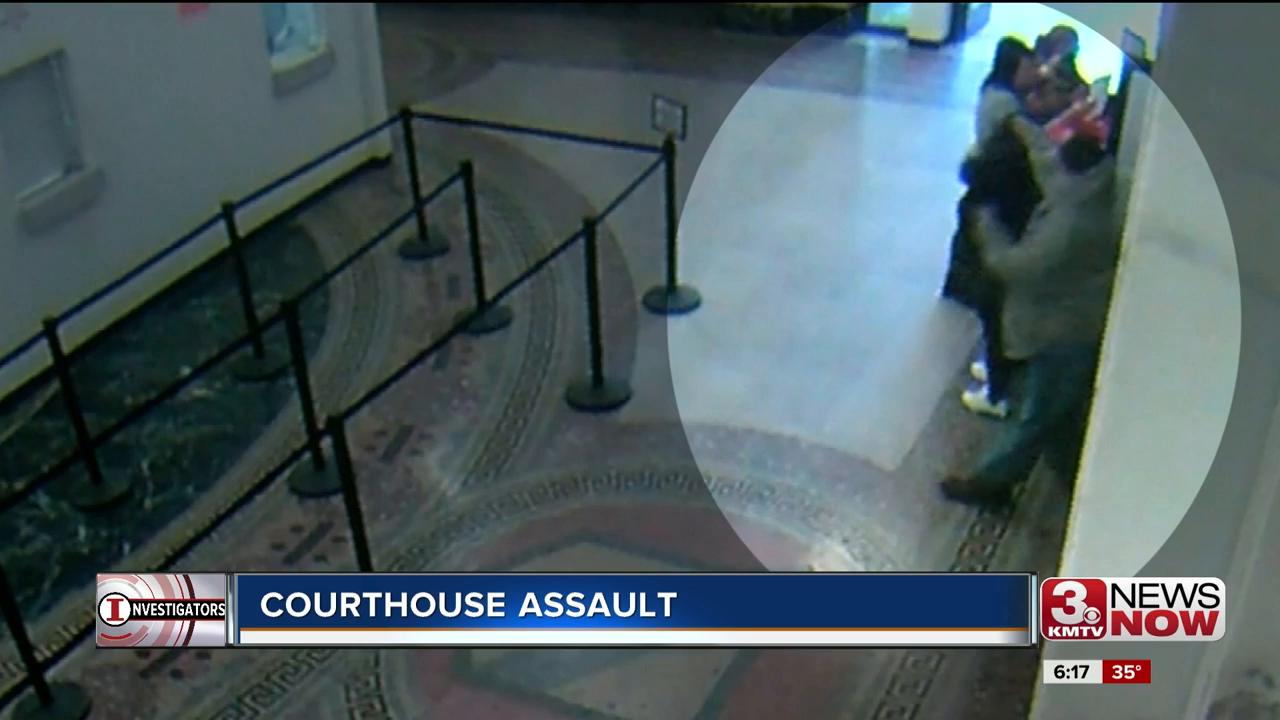 Why charges against the suspect were dropped and what the victim is demanding.

OMAHA, Neb. (KMTV) — On March 11, Theresa Thomas was at the Douglas County Courthouse while waiting to extend her dues for a traffic violation.

When she felt a sharp pain on the left side of her face, she thought something fell on her for a few seconds.

She was assaulted. She was called to testify a month later in a criminal case, but she said the case was dismissed as her assaulter was not competent to stand trial.

Surveillance video shows a man sneaking up to Thomas before the assault, then looking over his shoulder.

Her life has changed since the punch, she said. She's been diagnosed with PTSD.

With medical bills adding up, including a trip to the emergency room that day for $1,194 and therapy, Thomas says she's looking for accountability. She's taking legal action against Douglas County and the Developmental Disability Center of Nebraska, who had staffers accompanying the man who puncher her, Thomas Hall, that day.

"I'm not upset at him. I understand mental illness. I understand disabilities," said Thomas, adding she worked in the behavioral health field.

Hall got aggressive with a man before he punched Thomas, but no one intervened until the punch was thrown.

It is devastating to us when a community member that we support violates the law in this or any other circumstances. DDCN takes pride in supporting Nebraskans that have significant support needs in their communities and we work to keep everyone safe. Despite our best efforts, this is not always possible. We will continue to work cooperatively with the laws enforcement on this case.

For more, watch the video above.