Director says the admissions area isn't built to handle influxes like after Saturday's protest. IT problems made it even worse. 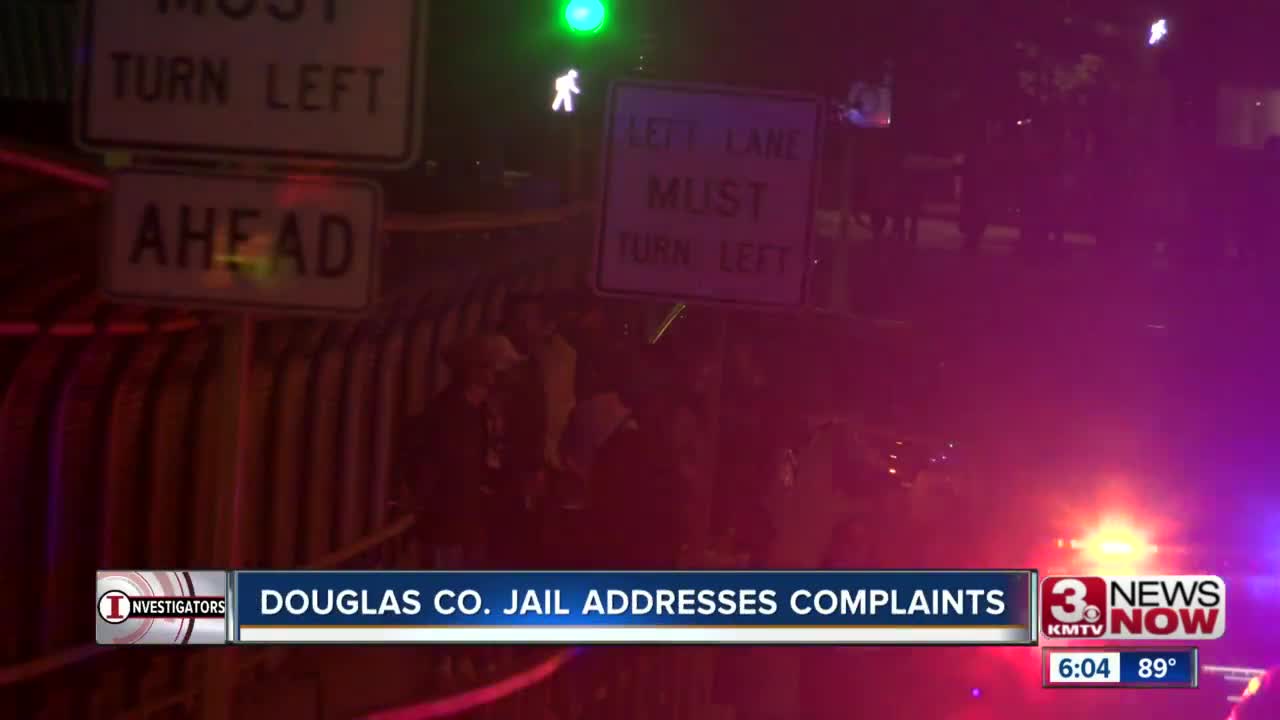 OMAHA, Neb. (KMTV) — About 120 people were arrested in mass after protests at 28th and Farnam on Saturday night, but protesters said that was just the beginning.

Hannah Theobald was arrested. She said her bail was posted early Sunday morning, but she waited another 12 hours to be released.

Mike Myers, the director of Douglas County Corrections, said the capacity of 14 is for ICE. But he acknowledged the situation was less than ideal.

"Our admission area, to be frank, isn't built to accommodate...well over a hundred people being arrested in a short time frame," he said. "That creates bottlenecks on a good day in terms of our ability to process people efficiently."

But Sunday was not a good day for Douglas County Corrections. Online system maintenance was supposed to last a few hours beginning at 3:30 a.m., but the systems failed to come back online until nearly 4:45 p.m.

Theobald said it was too hot to be comfortable. "It was disgusting, there's no other word for it," she said.

Myers said he's sure it was warm because of the crowd, but the air conditioning was working all night.

"I did not see anybody in distress," he said.

For more, watch the full interview with Myers below.