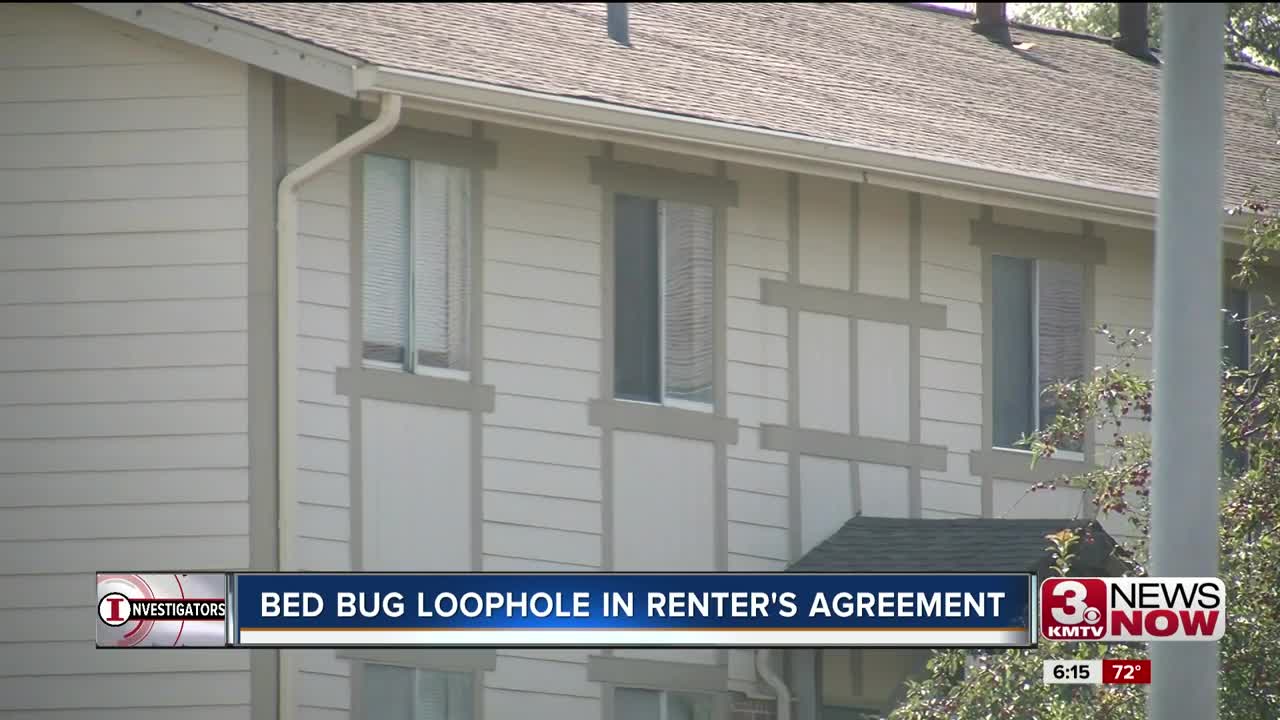 OMAHA, Neb. (KMTV) — An Omaha woman says she's dealing with a bed bug infestation in her apartment--and management says she has to pay to have them removed. 3 News Now’s investigative team looked into the problem and discovered a loophole that every renter needs to check on.

Bed bugs are gross, blood-sucking insects--and they might send a shiver down your spine just thinking of them.

They’re everywhere, and killing them takes a lot of treatments by a pest company. Paying for these treatments can get expensive.

Patti Lapio lives in an apartment complex near 96th and Mockingbird Dr. She said she’s dealing with the little devils right now.

We reached out to the complex who didn't want to comment.

“I feel like they aren't taking care of their building tenants by not going out and doing inspections when they call about bugs or pests,” said Lapio.

Unfortunately, it's not so simple. Bed bugs aren't considered a health risk, but instead a nuisance. Lapio didn't read the fine print on her lease.

It’s written that she has to pay up to get the bugs removed. She says it will cost a few hundred bucks--and this is completely legal.

Hadan said it’s actually incredibly hard to get rid of bed bugs, and it’s important to do your research to pick out the best bed bug killers.

It comes down to knowing your lease contract and acting fast when it comes to these pests.

View all of the investigative team's stories here.