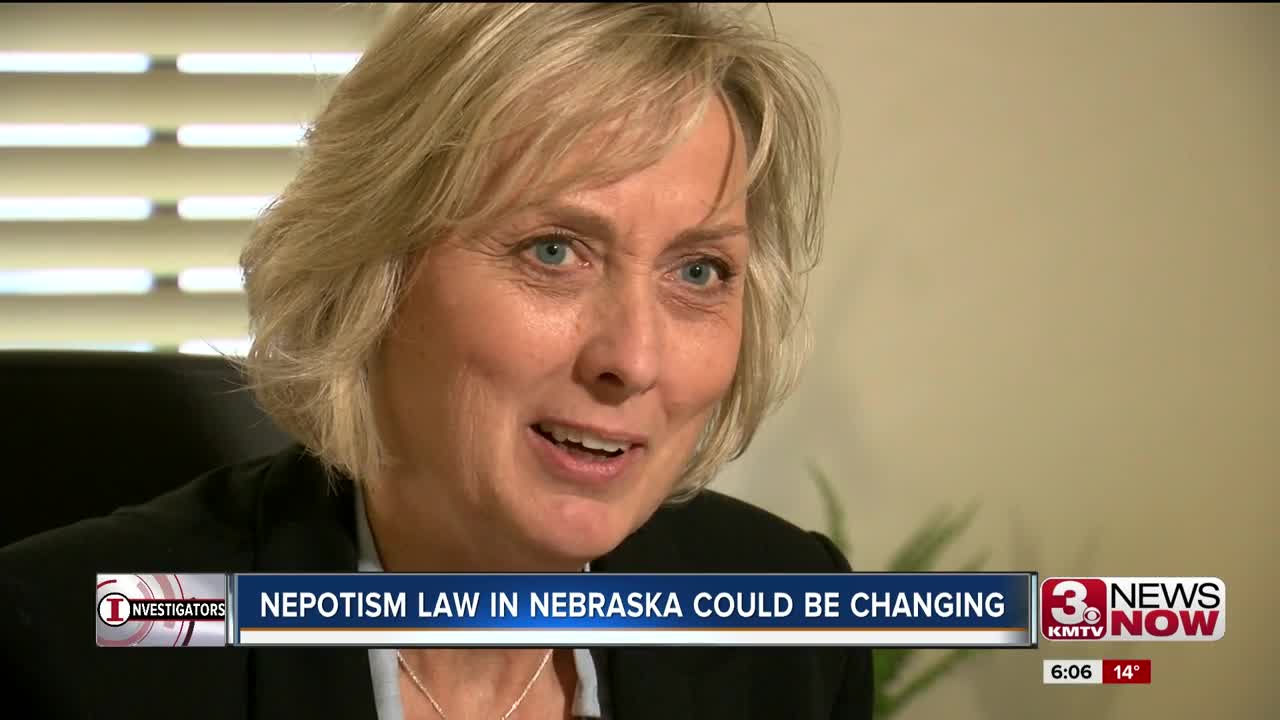 LB 878 would subject all children of government officials to the state's nepotism law.

Dodge County Assessor Debbie Churchill, an elected official, hired her daughter and a son-in-law last year. Sources said the hires hurt staff morale, the relatives were over-paid and under-qualified, and that Churchill didn't seek other candidates.

"You do have a case of a parent and a child clearly in a financial relationship within the government, but we can't do anything about it because they don't live together," said Gavin Geis of Common Cause Nebraska.

LB 878 would subject all children of government officials to the state's nepotism law. Currently, it only applies to a spouse, a child residing in the same household, or anyone claimed as a dependent for tax purposes. Adult children usually won't apply.

Nebraska's nepotism law requires the approval of hires of immediate family by the relevant government body and a “reasonable solicitation and consideration of applications," among other requirements.

"I feel we need to be more accountable, as government officials, for sure," Walz said, who represents Dodge County in the unicameral. "The issue that happened in Dodge County with the county assessor hiring somebody in her family when there were other qualified applicants that we could've looked at, and on top of that, paid that person at a rate that was higher than an average assessor rate."

The bill would simplify the definition of "immediate family" by striking the "residing in an individual's household" qualifier.

When 3 News Now Investigators brought the law to the attention of Walz prior to the November report, she said she saw a "loophole" in the law and announced she'd introduce legislation.

Walz said she started hearing from her constituents when 3 News Now Investigators aired the investigation.

"They were angry," Walz said. "They wanted to make sure that, again, we're held accountable as elected officials and that we're doing the right thing... that we're not using the power that we have to favor people in our family."

Coralea Kotrous, a fired employee of the assessor's office and one of the people who spoke to 3 News Now Investigators during the investigation, called the bill "great."

"I don't have a problem if someone wants to hire family members, but they need to be able to do the job," Kotrous said. "They need to come in and earn their wages just like we all did, not just be given the silver spoon, then have to learn their job."

Several states have laws on nepotism that are more broad than Nebraska's, according to the National Conference of State Legislatures. A public official in Iowa, for example, needs approval of a government body to hire anyone "related by consanguinity or affinity, within the third degree," but members of the general assembly are excluded.