Climate change, predicting floods and the impact on people 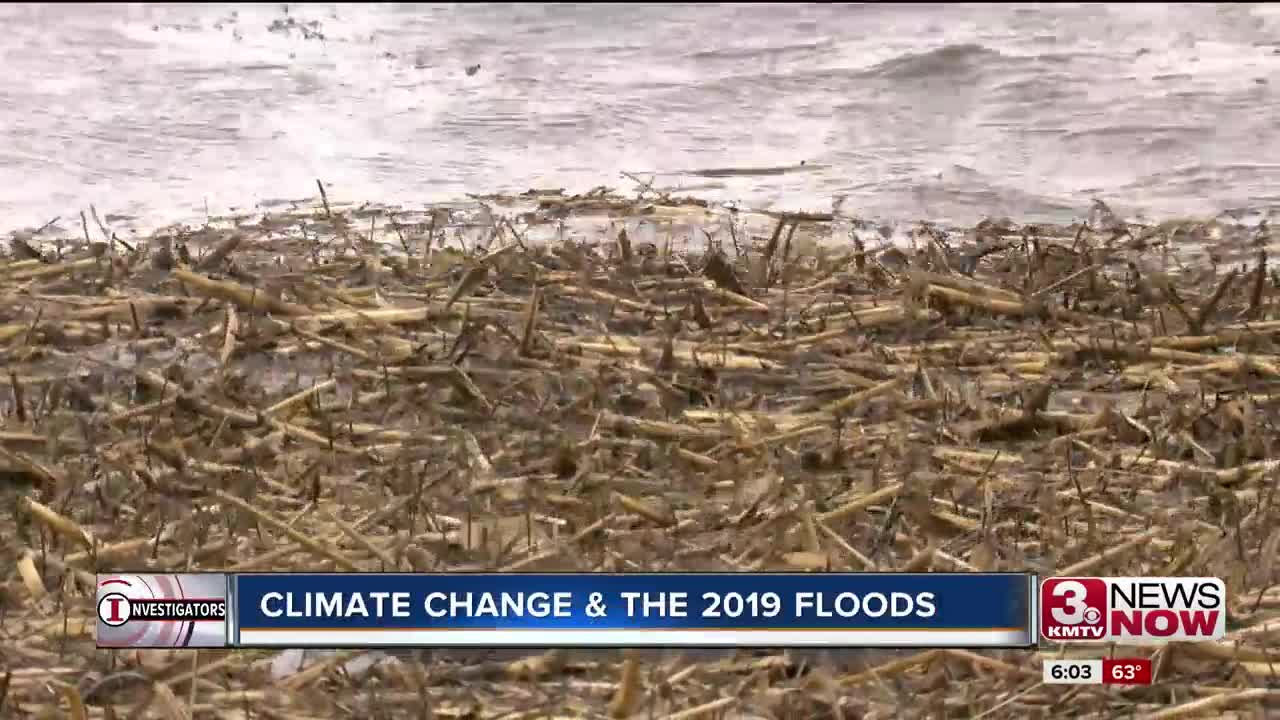 OMAHA, Neb. (KMTV) — The floods in March showed us that mother nature can be unpredictable. A lot of people believe they’re the result of poor levees but in our investigation, we found out that it's much more than that.

Floods are a part of life here in the Midwest. This year, record-breaking floods brought devastation to so many communities. Many people in rural areas blame an outdated and over-regulated levee system.

In Iowa City, a group of researchers are studying floods past and future and found it's much more than that.

Witold Krajewski is head of the Iowa Flood Center which was established in 2008 after massive flooding that caused over $1 billion of damage in Iowa.

The center works with state and federal agencies, compiling data to create an all-in-one stop for the average Joe to be up-to-date with flooding and weather.

"I like to think of us as technical agents for the people of Iowa," says Krajewski.

The center uses 250 real-time river monitors across the state.

"It's an ultra-sonic stream sensor. It measures and reports the water elevation above sea level," says Krajewski.

Besides measuring stream levels, the center delves into all the data collected over the years. The trend they see is more moisture year-over-year because of warming temperatures...leading to an increase of flood events.

Just to give you an idea: The National Oceanic and Atmosphere Administration shows that from 2008-2018, the average temperature in a place like Omaha rose by 3.3 degrees. This has led to more rain...nearly 4 inches in the same time period.

"Not the intensity of the rain but the frequency of intense rainfall throughout the state," says Krajewski.

A warming climate and old levee system is a recipe for disaster...immeasurable for a small-town economy.

The center created an incredibly accurate map showing a 100-year flood using the city of Hamburg. It's accurate to the event in March, right down to the streets.

Mullins and his family lived on the south-side of Hamburg...the epicenter. Flood waters were up to his roof.

"It's never gonna be the same. It's everything my youngest knows...the house he grew up in...brought home from the hospital in," says Mullins' partner Ashley Bartholomew.

Like so many who lost their homes, they aren't coming back. A lot of what we saw in Hamburg is destined for demolition.

"You want to cry...cause of a lot of friends...most of everyone I've known since I was two or three...it's just, very heartbreaking," says Mullins' partner Ashley Bartholomew.

A changing climate might soon have flood-prone cities looking at ways to change.

The Iowa Flood Center provides a road map. Their incredibly accurate maps and predictions even get right down to the estimate cost of damage if a major flood hits...right down to individual buildings.

"If you buy a house in this location...it's not about one year...it's about 30 or 50 years. If it's 30 years, your chances of being flooded in the same location are 26%. That's a game changer...that's what people don't know," says Krajewski.

It's hard to say if any change will be brought about after the latest flooding.

The Army Corps of Engineers are still assessing the damage and just beginning to rebuild.

If they want to make changes to their levee system, it requires an act of congress. Discussions are being held but nothing solid yet.

As for the Iowa Flood Center, they're dissecting the latest data from these recent events...providing vital information that can save lives and property.