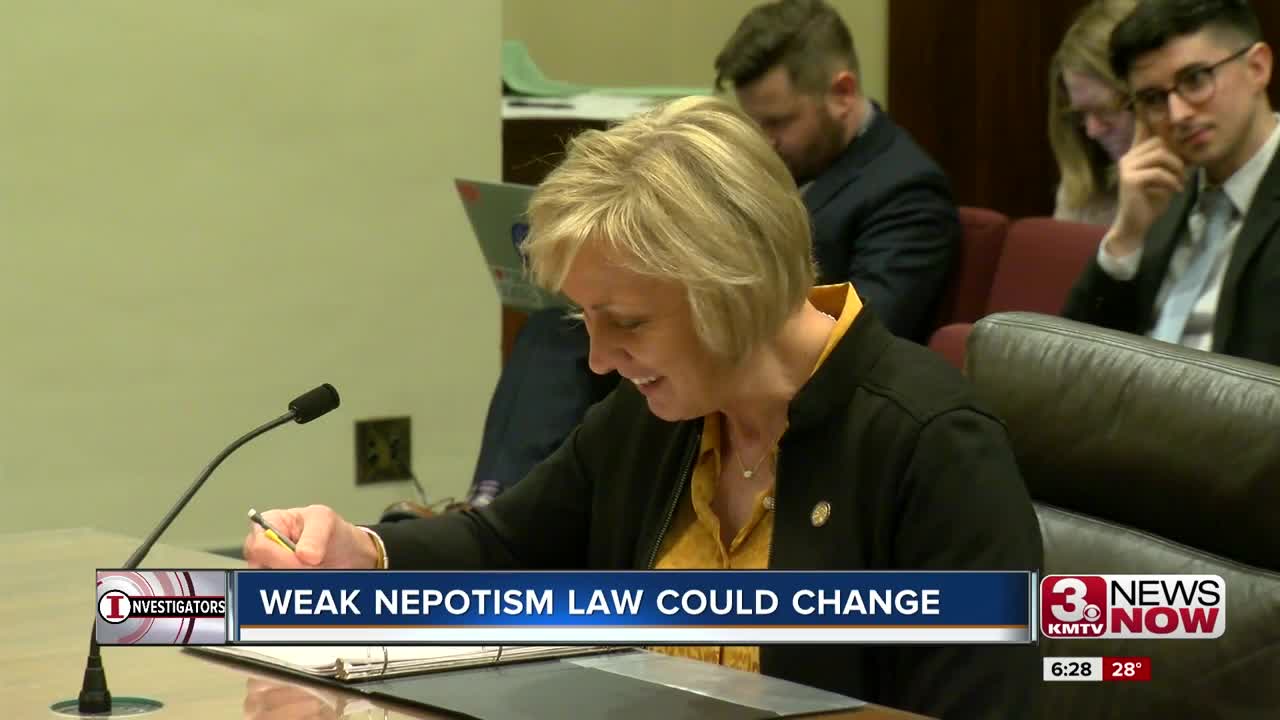 LINCOLN, Neb. (KMTV) — When Dodge County Assessor Debbie Churchill, an elected official, hired her daughter and son-in-law to her office last year, the moves didn't require oversight by the county's board of supervisors.

But a bill heard Thursday would change that across the state. All children of government officials and their children's spouses would become subject to Nebraska's existing nepotism law, which requires disclosure and board approval for the hiring of family members. Currently, an official's child doesn't apply to the law if they don't live under the same roof or are no longer a dependent. The law currently also applies to an official's spouse.

"This vague distinction caused a problem in my district," Sen. Lynne Walz of Fremont said. "The Dodge County Assessor hired her child who had no prior experience."

"This very, very narrow definition generally surprises people," Daley told the Government Committee. "I think the expectation of the person on the streets is that an adult child of an official should be considered an immediate family member, but currently under statute its not."