Public health officials told Carter Place to have exposed health care workers self isolate. That's not what employees were told in a text. 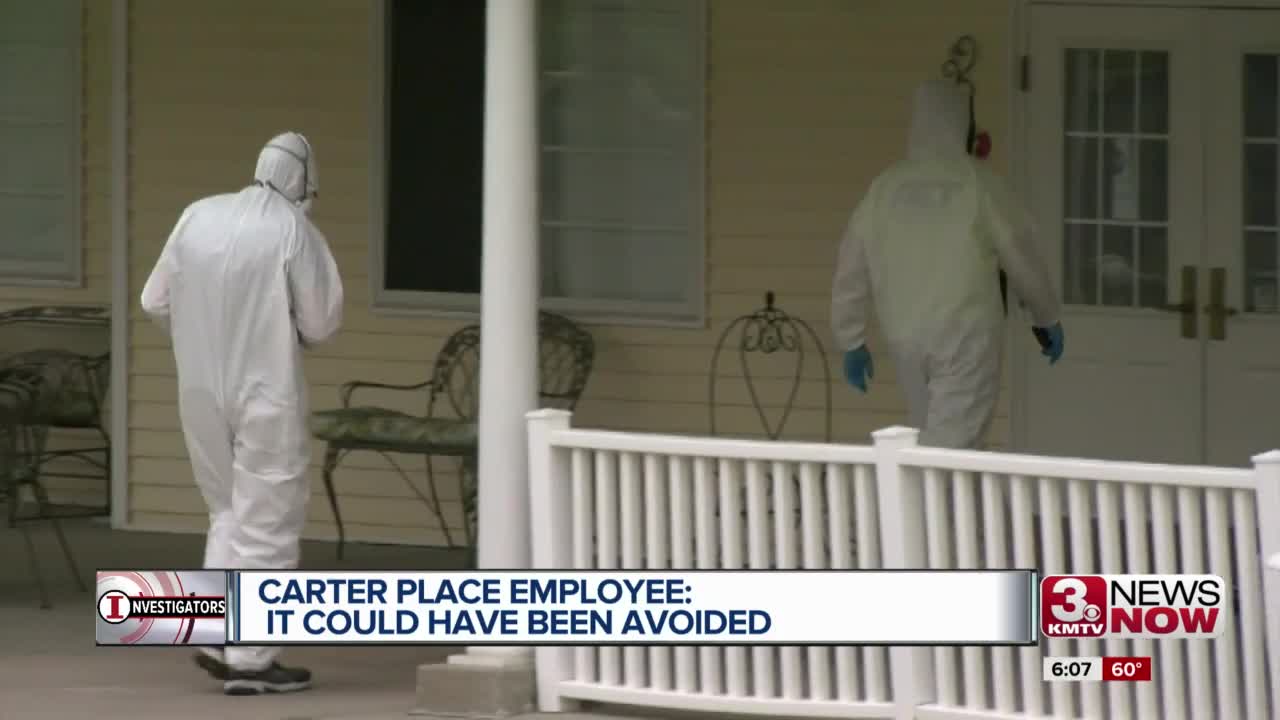 Public health officials told Carter Place to have exposed health care workers self isolate. That's not what employees were told in a text.

After the first positive test at Carter Place, staff were told to report to work and there was no need to self quarantine, including those exposed to the resident who tested positive, a woman in her 90's. She remained in self isolation at the senior living center.

Three Rivers Public Health Director Terra Uhing said they received similar complaints from employees. She said the health department told the facility administration that staff exposed to residents positive for COVID-19 must self isolate. Those instructions were ignored, according to screenshots provided by the employee.

The employee wants to stay anonymous, but spoke on the record in hopes of letting family of Carter Place residents know what happened there. 3 News Now Investigators verified that the whistleblower worked there.

Fevers of more than 100 degrees were not reported to public health officials after the first positive tests. Administrators disregarded no-visitor and social distancing guidance from officials and didn't require that employees wear masks, our source told the 3 News Now Investigators.

Ten days prior, Carter Place shut down community-sponsored events and restricted visitors, the company said. But residents still interacted with each other in person.

All remaining residents relocated from Carter Place to CHI Health Midlands early Sunday, March 30. The move is temporary, an Enlivant spokesperson said. The facility is being deep cleaned.

Thirteen of the 23 residents have tested positive. All employees, six who are positive, are self isolating for 14 days or until they recover from COVID-19.

Three residents died around the beginning of the outbreak at Carter Place, said Uhing, the public health director for Washington, Dodge and Saunders counties. She said it's impossible to say if the deaths are related to COVID-19. Too much time passed between the first positive case and the deaths to perform tests.

Two of the residents that died were in hospice, she said. Our source said they died suddenly, however. One, our source said, was doing well enough to take their own medicine until they died.

'No need to self quarantine'

At noon on the day after the first resident tested positive, staffers were informed via text in a group chat with 17 employees. In the same text, staffers were told not to self quarantine. Choosing to do so would result in "self termination."

"There is no need to self quarantine and per company policy anyone who chooses to do that will be considered self termination from carter place," wrote a facility administrator.

CDC guidelines say a health care worker with a high-risk exposure to a confirmed COVID-19 patient should not work for two weeks. However, they could continue working "after options to improve staffing have been exhausted." In this situation, it's possible most employees might have been considered exposed.

One staffer complained in that group text, saying employees not coming into work shouldn't result in termination.

"If you are sick and have a note that's one thing. But otherwise no," an administrator replied.

An Enlivant spokesperson said starting on March 21, all symptomatic employees were told to self quarantine with no doctor's note required.

Later that Tuesday evening, some employees saw reports of a second positive test. The results came in earlier that day.

"I would rather not hear how many people are being diagnosed from the news instead of employers," an employee says.

Our whistleblower said Carter Place didn't have a thermometer to take the temperature of residents until Saturday, March 21. That day, Carter House began screening all residents, staff and essential visitors for fevers and other symptoms, Enlivant said in a statement. Uhing, the health director for Three Rivers, said the temperature logs begin on that day.

Fevers of 100 degrees or more were disregarded, our source said.

They indicated some patients began showing fevers on Tuesday and Wednesday of that week. Despite this, the senior home told public health officials all residents were feeling well and not showing symptoms on those days.

"In a better scenario," Uhing said, "we should've been notified of that on Wednesday and Tuesday when we were doing the investigation and we checked on them."

Uhing said she would've acted sooner to move residents out if she was informed.

Despite guidance from officials to keep a six-foot distance between other people, group activities continued at Carter Place, Uhing said. She said she thinks some of the spread came from these communal activities. She specifically mentioned a game of cards.

"We had certain individuals that sat together and played cards, that kind of spent a lot of time together," Uhing said. "So we could link back. We had a pretty good indication from our investigation on Tuesday who we thought would potentially be getting ill. A lot of these folks that got ill were on that list."

Update, 8:40 p.m.: After publication, an Enlivant spokesperson informed 3 News Now of a letter dated April 2 which shows the Nebraska Department of Health and Human Service's Licensure Unit found that "the facility did protect residents from infection."

Enlivant provided the following statement with the letter: “Carter Place continues to work with all agencies at the state and local level, and last week, the state’s Department of Health and Human Services confirmed Carter Place was in compliance with assisted living rules put in place to protect residents from infection. We are continuing to work in partnership with local health officials on enhanced COVID-19 training and other steps as we prepare to re-open the community in the coming weeks. The health and safety of both residents and staff always has been and continues to be our top priority. This has been a difficult situation and we’re grateful to our local and state partners who are supporting Carter Place with continued guidance.”