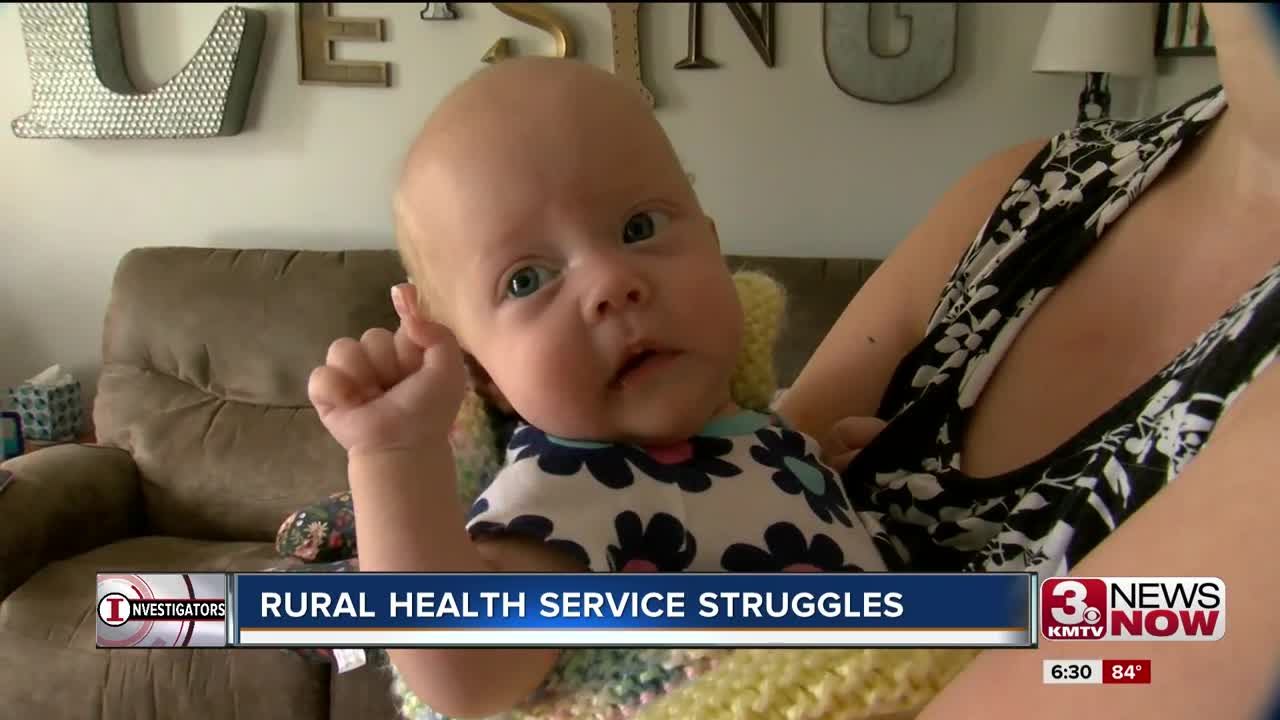 But Phoebe spent nearly the first five weeks of her life in Omaha, more than three hours away.

Leising went straight to the hospital in Lexington - 40 miles away - when her blood pressure spiked. About five weeks later, It caused Phoebe's premature birth.

It could have been much worse; both Leising and her daughter's life were in danger. She had preeclampsia. Lexington didn't have the resources necessary, so she was moved to a specialist at Methodist Hospital in Omaha.

"Being that far away from home, it was difficult," Leising said. "I had some visitors, which is nice. But they can’t stay four and half weeks with you."

More than 150 rural hospitals have lost OB services since 2011. Less than half of rural hospital have the services, according to the Chartis Center for Rural Health.

"If I was living in Kearney and doing what I do now, I probably would work one or two days a week, and I would have to be on call all the time."

Melham Medical Center in Broken Bow is an exception. OB services will return on Dec. 1, according to its website.