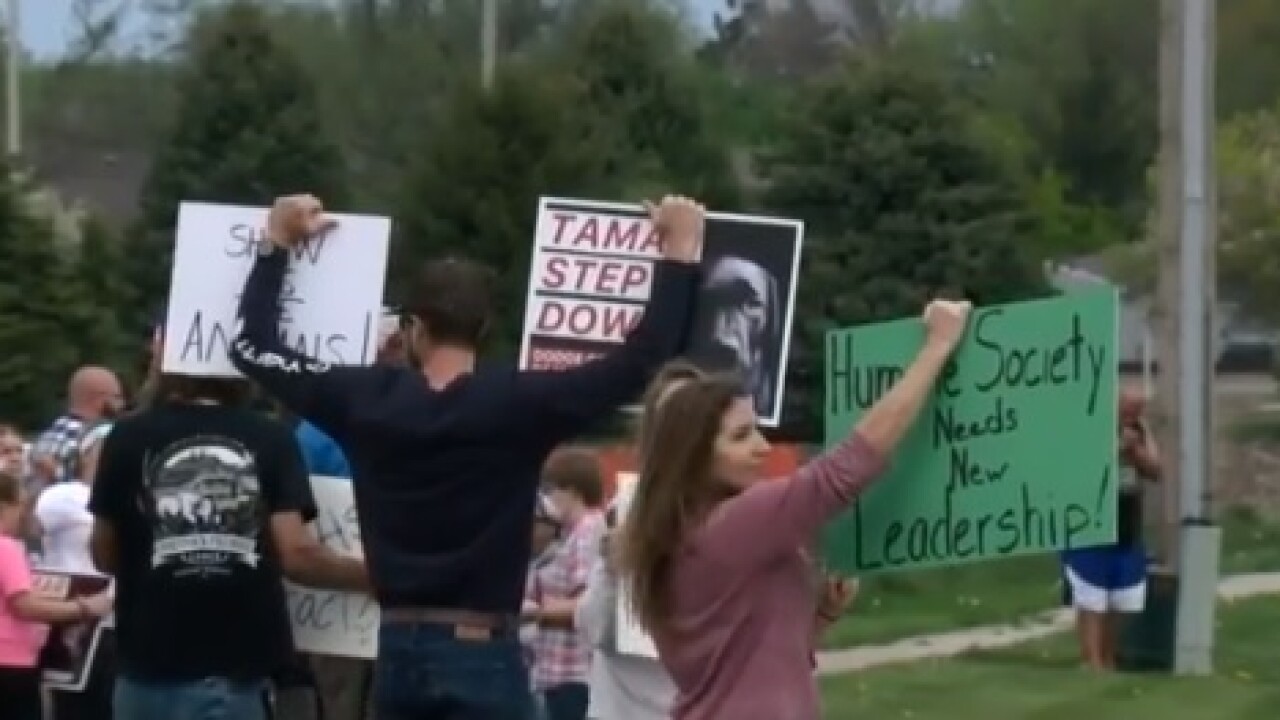 FREMONT, Neb. (KMTV) — Former Dodge County Humane Society employee Maddy Mathews wrote to Fremont City Council members that she never wants to see her three dogs end up in a shelter like the one she worked at until March.

Mathews said the shelter's director, Tamar Reed, lied to the owner of a dog named Cinnamon multiple times, saying that Cinnamon wasn't at the shelter.

The email was made public in the agenda for Tuesday night's special city council meeting.

"The majority of the time (Cinnamon) was there," she wrote. "We were told not to tell anyone that she was there. Throughout the time she was there she had to be hidden. We couldn't let her out around any cameras or where people other than workers could see her."

The council will vote on whether to create a citizen's advisory board on Fremont's animal control contract with the Dodge County Humane Society, a nonprofit.

A Change.org petition against the shelter lists 1,100 signatures from Fremont residents.

Mathews also wrote "workers had to tell (Reed) multiple times that animals needed to go to the vet before she would do anything about it."

A cat named Happy was found dead at the shelter, she said, after she had warned Reed about the cat's health.

"I told her I thought that cat needed to go to the vet and she laughed at my face and said he's fine," Mathews wrote. "The next day we came in and he was dead."

Another former employee, Gabryel Baker, said a man came to pick up the ashes of his pet.

"The ashes were disposed of, so instead (director Tamar Reed) gave the guy ashes from a random animal," Baker wrote an email to Fremont city council members.

"She also told us that we were no longer going out to get dogs that were running around unless they were hit or someone had them," Baker wrote. "That right there is breaking (the contract with Fremont)."

3 News Now reached out to the Dodge County Humane Society for a comment on the allegations, but so far we have received no response.

Update, 8:15 p.m.: The Fremont City Council voted to approve the creation of the Animal Control Citizen Advisory Board.