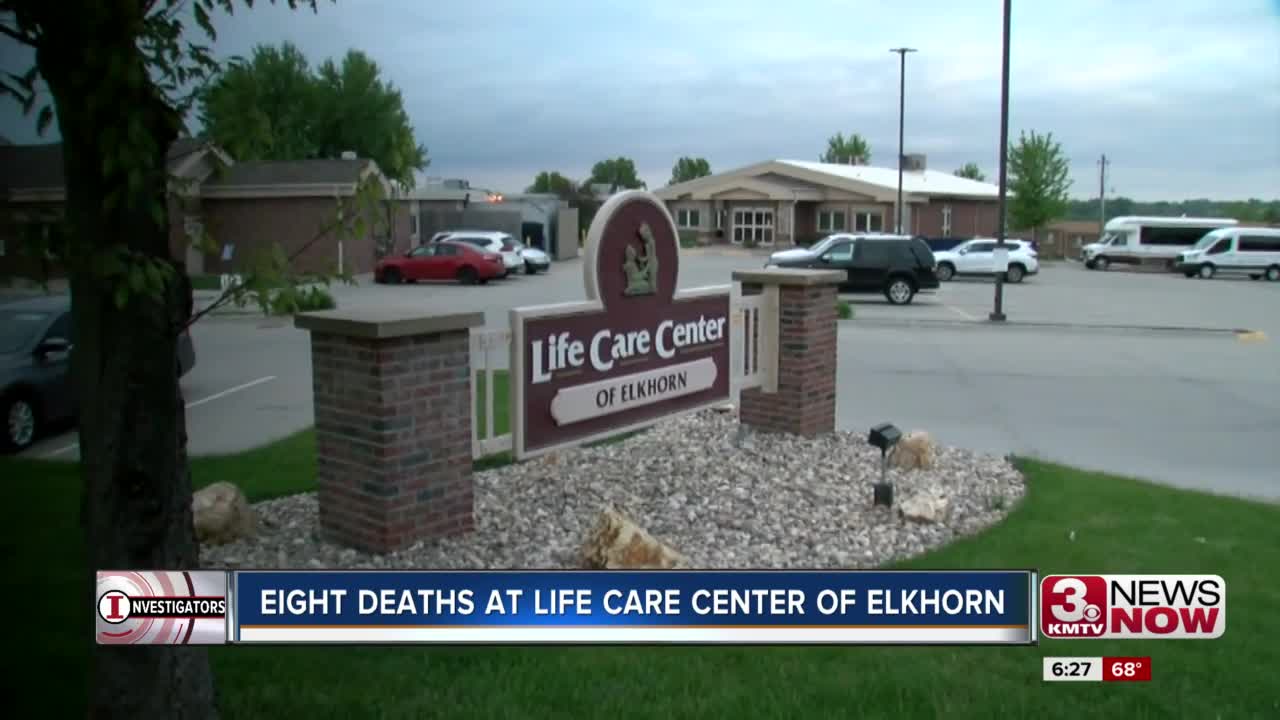 OMAHA, Neb. (KMTV) — Update, Tuesday: The woman mentioned in this story died at Methodist Hospital on Tuesday morning, according to the friend and a relative. Tuesday afternoon, Life Care Centers of America confirmed a ninth death of a Life Care Center of Elkhorn resident.

Sixty-eight of the 79 Life Care Center of Elkhorn residents tested for the coronavirus have tested positive, including eight deaths.

A friend of a resident now hospitalized with COVID-19 and in a coma described to 3 News Now the quick turn for the worst.

"We were making her laugh outside her window (not long ago)," she said.

Seven residents are hospitalized and 30 employees have tested positive. Twenty-six employees are out sick, according to a Monday press release from Life Care Centers of America.

"I always try to find the positive in the negative," she said. "If that place gets shut down that would be the positive."