How can physicians be recruited to Small Town Nebraska?

Loan repayment is one option the government uses 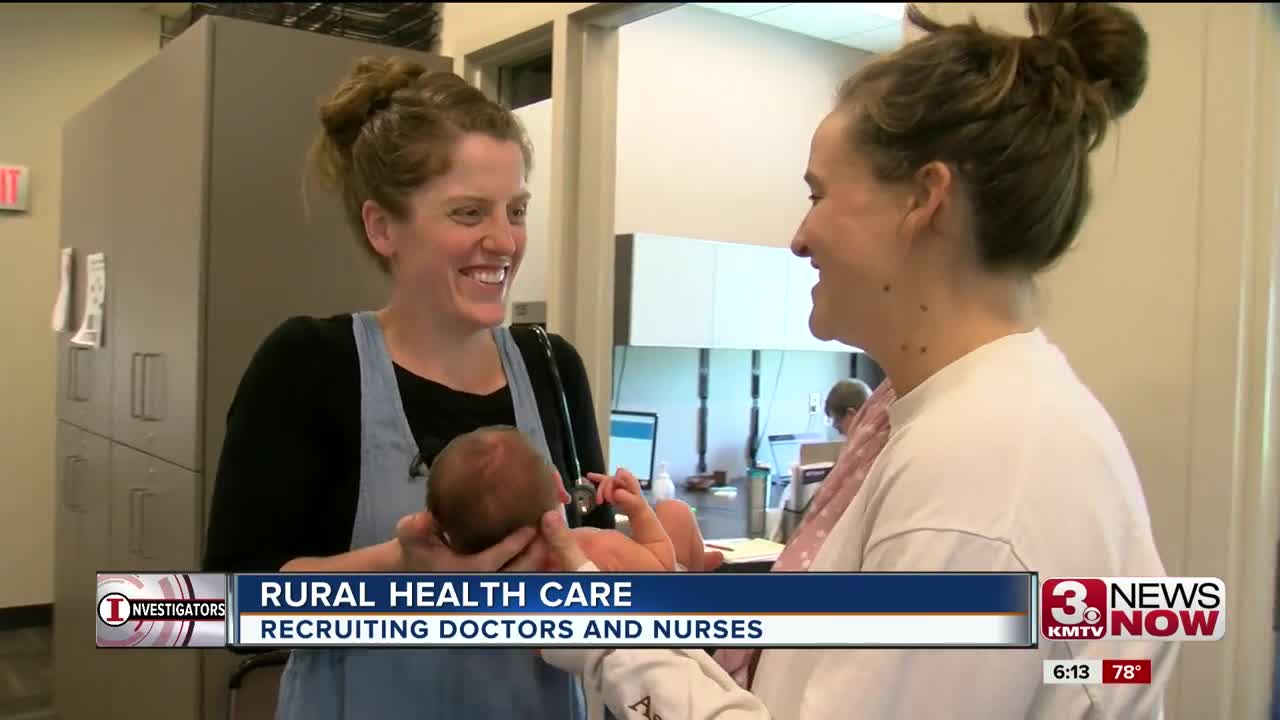 OMAHA, Neb. (KMTV) — The 3 News Now Investigative Team delved into rural health care in Nebraska in a five-part series. The series profiles rural critical care facilities and looks into their struggles and triumphs. Last week, we focused on telehealth.

"It's just that mindset that we’re in the middle of nowhere, and we’re critical access, and nobody wants to work here," said Laken Vrbas, Chief Nursing Officer at the Dundy County Hospital in Benkelman.

"We have to sell the town as well as well as the facility, tell them all we have, try to sell it the best we can."

Benkelman has a population of less than 900 people. The nearest Walmart, for example, is 50 minutes to the east in McCook.

The ratio health care professionals in rural areas is lower than elsewhere. Nine percent of physicians live in rural areas. But 20 percent of people live in a rural area, according to the Health Resources and Services Administration.

"A lot of days I have full clinic schedules," said Dr. Jeanean Wedeking, a UNMC resident who was in Lexington. "I think I’ve seen over 500 clinic patients in the past couple of months. I've been pretty busy.

Loan repayment plays a big role in recruiting people from medical school to a small town.

"Its one of their biggest and retention tools," said Tom Rauner, Nebraska's Department of Health and Human Services Primary Care Director. "We actually did a study looking at family medicine providers across the state, especially rural and small towns. It showed a significant increase in retention by having the loan repayment program."

The state will help pay the loans of people who commit to work in a shortage area, but the the state aid must be matched by local funds.

Retention, in addition to recruitment, is key. If physicians want to leave the program before the end of their two to four year commitment, they must pay back the money plus interest. The state also has a visa waiver program.