How many businesses have been cited for health violations? 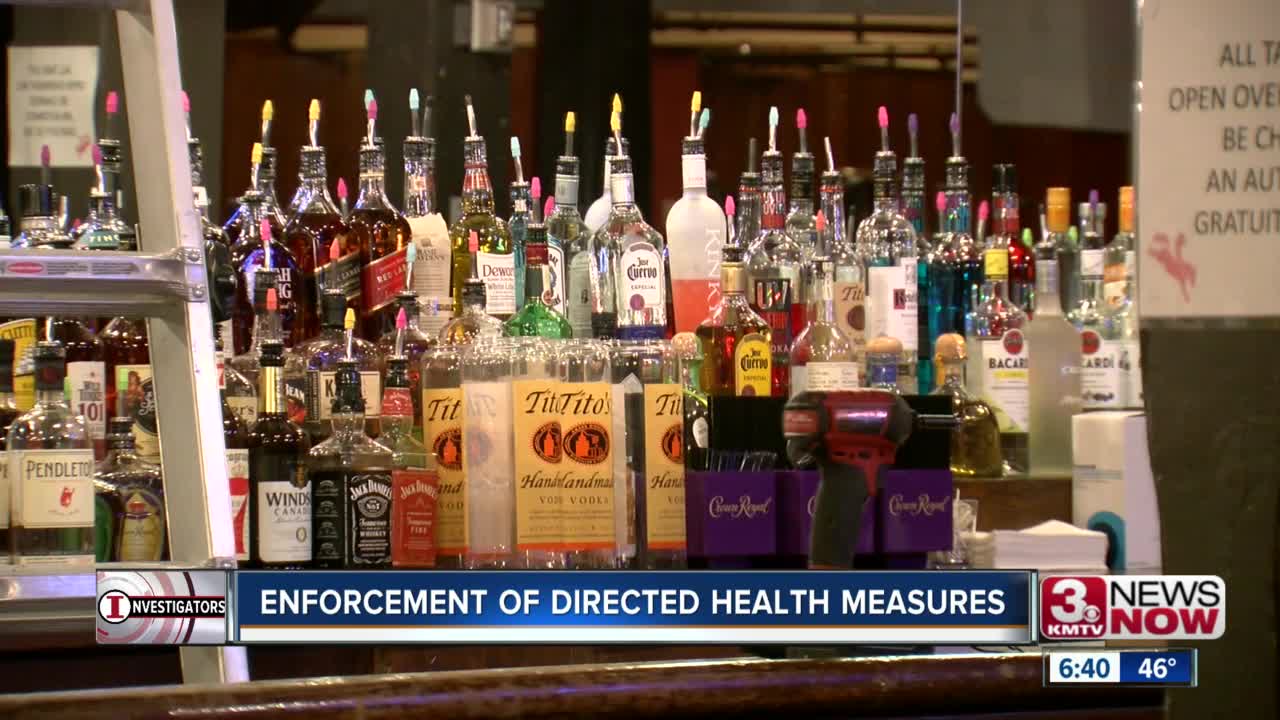 OMAHA, Neb. (KMTV) — Bushwacker's Saloon and Dance was the subject of complaints 3 News Now received over the weekend.

Photos from the popular Ralston saloon's grand re-opening show dancing with little social distancing and no masks. It reopened under new ownership.

Masks aren't required in Ralston like they are in Omaha, but general manager Raechel Van Buskirk said they were offered. She also said they used a machine to check for fevers as people entered.

Although Ralston has no mask mandate, it is subject to the directed health measure, which is in Phase 3 in Douglas County and much of the state.

No citations have been issued for violations of the mask mandate implemented on Aug. 12.

According to the Douglas County Health Department, a business will get two warnings after a complaint on compliance with the directed health measure. If still not in compliance, a $100 fine will be issued by police.

The directed health measure has a section on restaurants and bars. It will be dropped next week unless Phase 3 is extended again: Restaurants, bars, taverns, private clubs, bottle clubs, and gentleman clubs...shall limit parties to no more than eight (8) individuals. Parties must be seated at tables, unless ordering, using restrooms, playing or participating in games. Items should not be shared or distributed between different dining parties or tables. Carry-out, drive-through, and delivery are permitted. Self-service buffets and self-service food bars are prohibited. Lines for carry-out, drive­ through, restrooms and ordering in the above-referenced establishments must have an environment where patrons and staff can maintain social distancing...whenever possible. Restaurants at bowling alleys will be treated as restaurants while the bowling area is considered under gathering requirements.