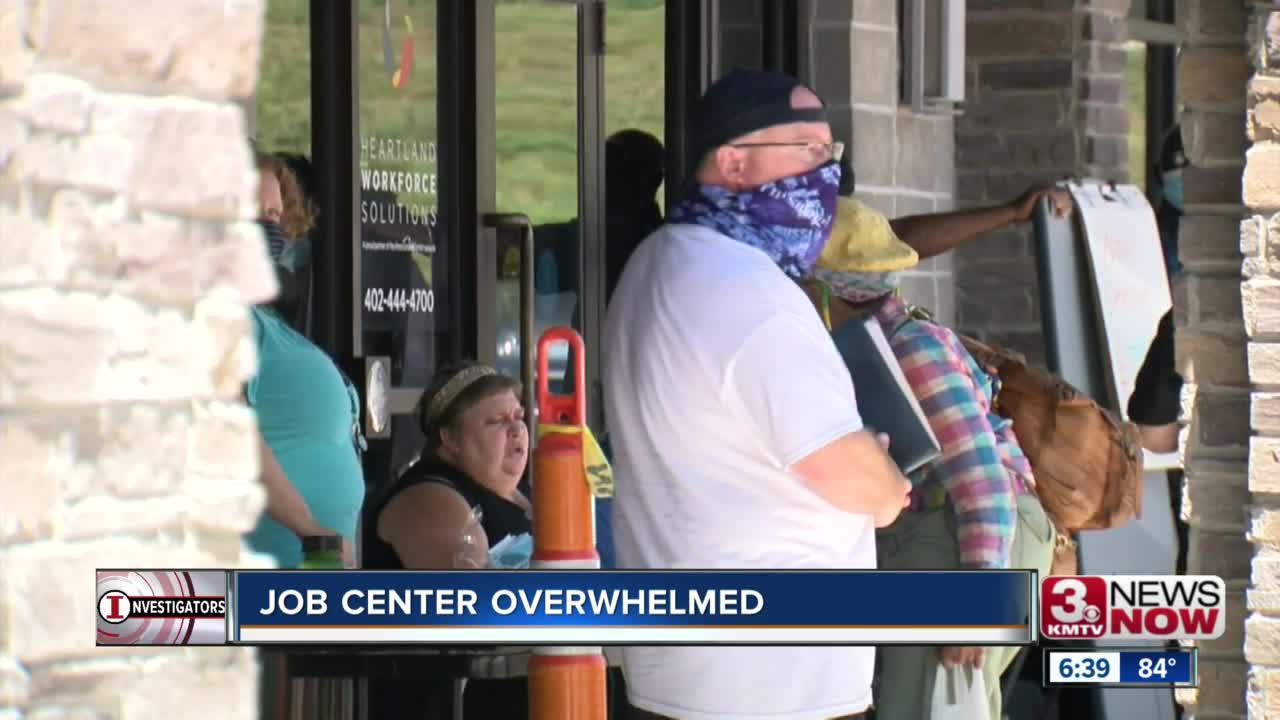 Heartland Workforce Solutions struggles to keep up with demand during pandemic

OMAHA, Neb. (KMTV) — In July, people waited several hours at Omaha's American Job Center to get help with their unemployment claims or finding a job.

Now it's down to an hour of waiting if anything, said Vickie Gregorio, a manager at the job center, Heartland Workforce Solutions near 60th and Ames. Two weeks ago, the center was forced to turn people away beginning at noon.

That's because of less demand from the public and additional staff at the center provided by the Nebraska Department of Labor, Gregorio said.

The NDOL had two staff members there, said spokesperson Grace Johnson, but realigned existing staff to have up to six staff members. NDOL will add two more temporary employees on Aug. 17.

National Able also plans to increase the number of staffers from two to six. One of the new staff members will be based at the Latino Center of the Midlands, Gregorio said, which already provided job center services.

National Able will add more tablets and computers to accommodate more people in the job center. They'll also open up public WiFi to accommodate people with a device but no data connection.

NDOL and National Able also encourage people to use computers at places like Do Space. Staff there can provide people with guides for completing unemployment claims and job search tasks.