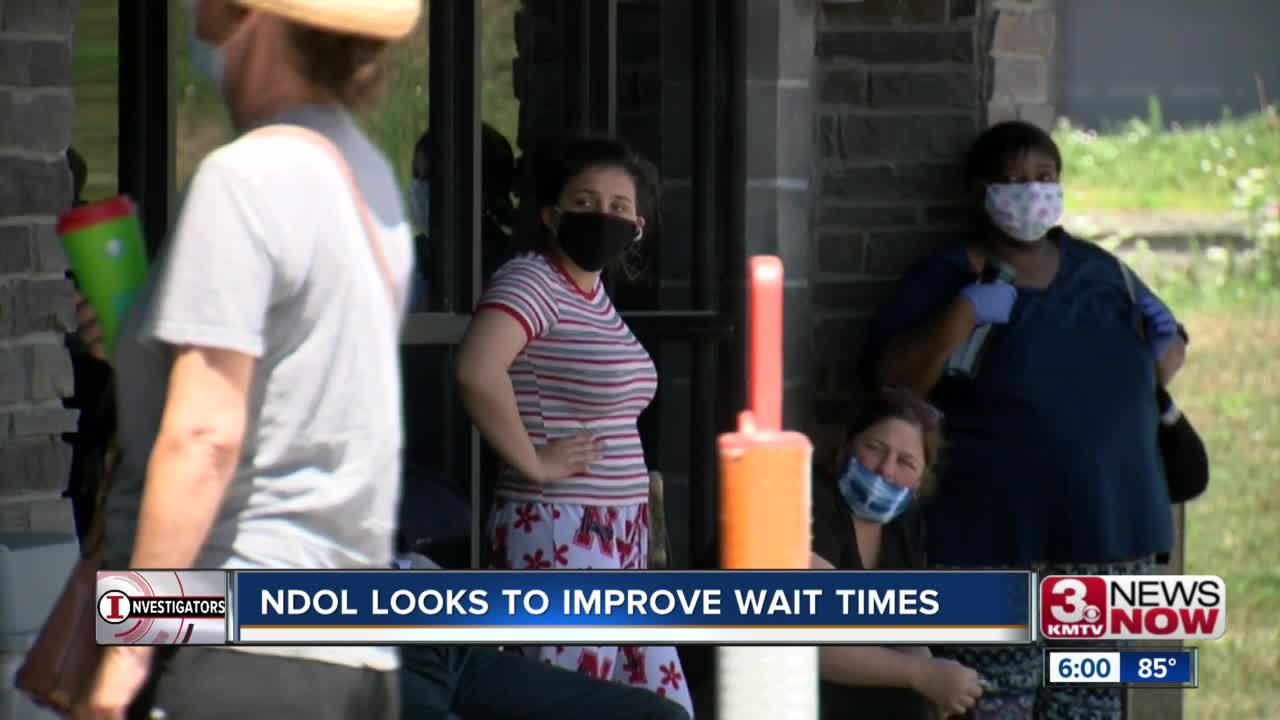 A Nebraska Department of Labor spokesperson said Wednesday that it will work out a plan to reduce wait times at Omaha's job center.

OMAHA, Neb. (KMTV) — A Nebraska Department of Labor spokesperson said Wednesday that it will work out a plan to reduce wait times at Omaha's job center.

The department will work with Heartland Workforce Solutions and National Able, the other entities that employ people at the center.

3 News Now first reported on long wait times at the center on Tuesday. Then, people were turned away for the day as early as noon. A similar large crowd remained on Wednesday.

The department doesn't have details on what the solution will look like yet, said Grace Johnson, the agency's spokesperson.

The number of NDOL employees at the center has increased during the pandemic, Johnson said.

Even so, Benjamin Bossung, who's said he was furloughed, said he arrived at 8:55 a.m. When we spoke to him three and a half hours later, he was still waiting.

"There's nothing I can do about it," said Debbie Driver, who's looking for work. "It is what it is."

There is no requirement to visit a job center, Johnson said. But it's a useful option for people who would like in-person help or don't have internet access.

The foot traffic at the Omaha job center is typically about two percent of the total number of continued claims in a week, she said, or more than 1,600 people in the week ending July 11.

All claim activities can be done online, Johnson said. If you have a smart phone, you can use that with the NEworks app or a browser.