The truck is likely as close as it can legally be 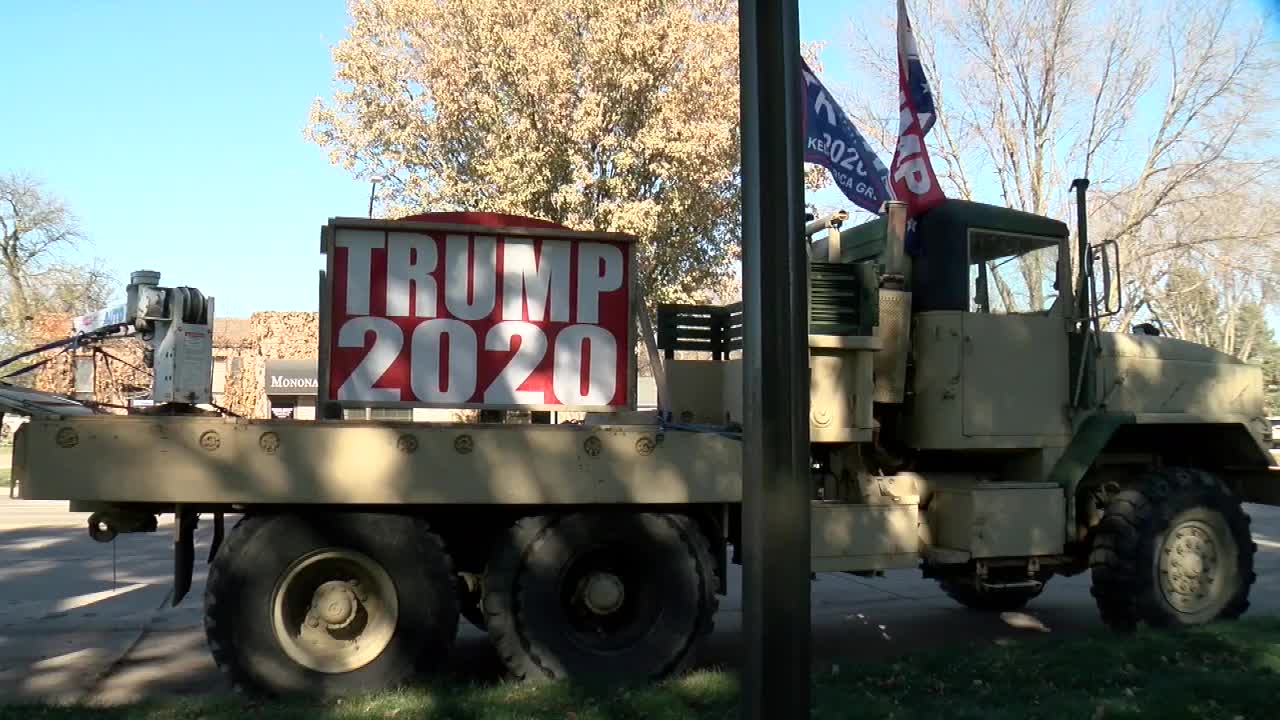 ONAWA, Iowa (KMTV) — A five ton truck decked out with a Trump sign and flags sits a little more than 300 feet away from the Monona County, Iowa Courthouse, but it used to be much closer to the early voting location.

The county attorney told the owner to move it, and changes weren't filed for campaigning too close to a polling station. According to Iowa Public Radio, the Iowa Attorney General's Office provided guidance.

The owner spoke on the condition his name wouldn't be used and his face wouldn't be shown, because he said he has received threats over the truck and its placement.

County Auditor Peggy Rolph didn't respond to 3 News Now's inquiry, but told Iowa Public Radio when it was parked closer that most voters commenting on the truck were not pleased.

Randy Stanislav, Vice Chair of the Monona County Democrats, said he's not surprised the military-style truck was intimidating to some.

"It certainly has caused a lot of discussion in the community," Stanislav said. "But as long as he's not breaking the law he's free to park it wherever he wants."

Stanislav said it was parked "less than 100 feet" away from the early voting location previously, well less than the 300 feet minimum.

The owner says he still believes it'd be his right to keep the truck as close as possible, because it's a campaign for federal office, not local. But he says he moved it, anyway, when the county attorney asked him to.

"It would have been really cool if they brought a Biden truck in," he said. "Fair is fair."

Stanislav said that was discussed.

"My feeling is...just don't inflame it," he said. "Don't draw any more attention to it than he's doing himself. There's really no good that can come from escalating this."

KMTV is partnering with ProPublica on its Electionland project, an effort to track campaign issues across the county. This story originated from a tip from that project. To report an issue, text 'VOTE' to 81380 or use this form.