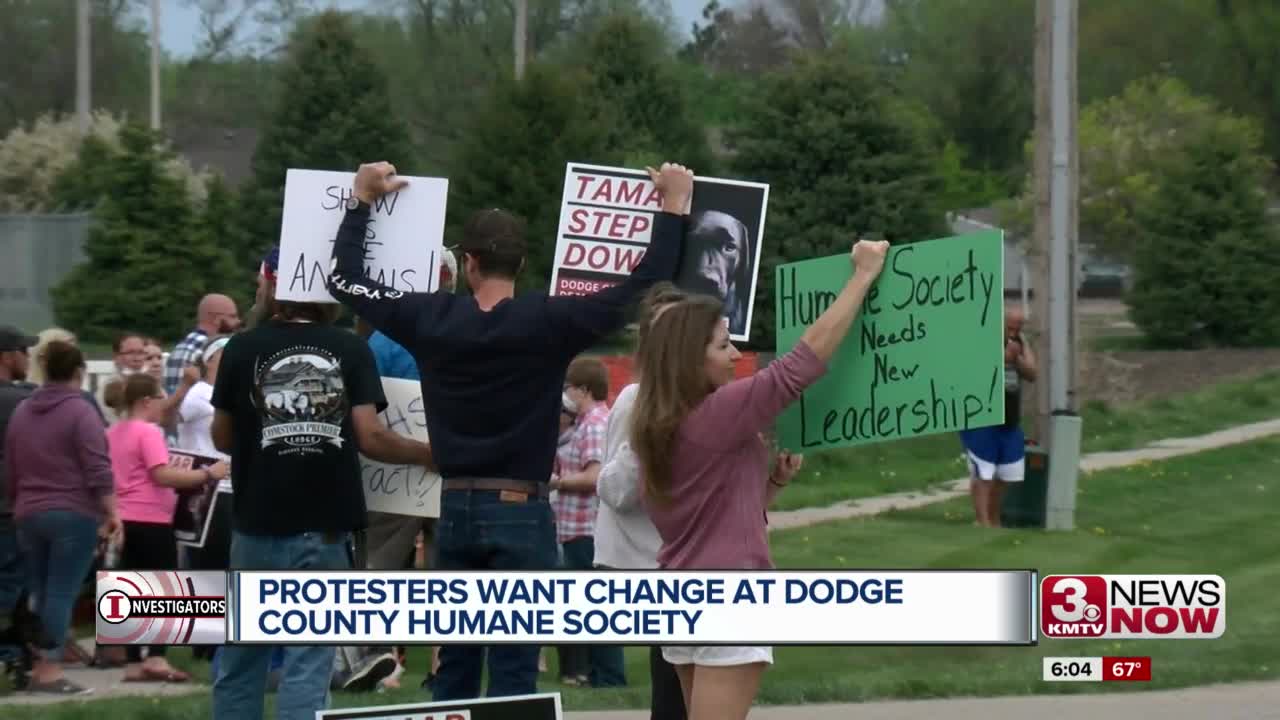 Fencing blocked access to the humane society while Fremont residents called for new leadership on Saturday.

FREMONT, Neb. (KMTV) — Temporary orange fencing surrounded the Dodge County Humane Society on Saturday as protesters called for a change in leadership at the Fremont facility.

Some city council members and former employees joined concerned citizens at the protest. They gathered at two locations: the shelter and along 23rd Street near the Fremont Mall.

Many protesters brought yards signs that say "Tamar Step Down," a reference to the director, Tamar Reed.

Some told stories about the neglect of injured and sick animals. Others said Reed refused to adopt pets out to potential adopters that called too often.

Kristen Landers said she adopted a husky from DCHS in May 2019. She said his fur was severely matted because of the urine he was sleeping in at the shelter and he was malnourished and underweight at 35 pounds.

An incident last weekend was the final straw, protesters said.

A ten-year-old black lab named Bessie was confiscated by Reed on April 24 at a veterinarian's office in Arlington, said the owners, Austin and Jessica Knupp.

They were under the impression Bessie had been spayed. Jessica's daughter paid a $180 neuter and spay fee when she was adopted, Austin said.

But when Bessie was discovered to be in heat, Austin arranged to meet Reed at the vet to determine if Bessie had been spayed.

But because his daughter-in-law was listed as the adopter of Bessie, Reed told him he wasn't the valid owner.

Bessie was confiscated and returned three days later amid public pressure. New ownership rights were signed off to Austin and Jessica.

The Dodge County Humane Society could not be reached for comment. 3 News Now's calls went unanswered during their listed Saturday hours and the voicemail box was full.

"Obviously, they're supposed to be open right now and they're not doing business, just holding the animals in there," Austin said.

A Facebook group for the movement now has more than 1,200 members.

3 News Now Investigators will continue to follow this story.