Scammers selling fake cars often claim to be based at Offutt 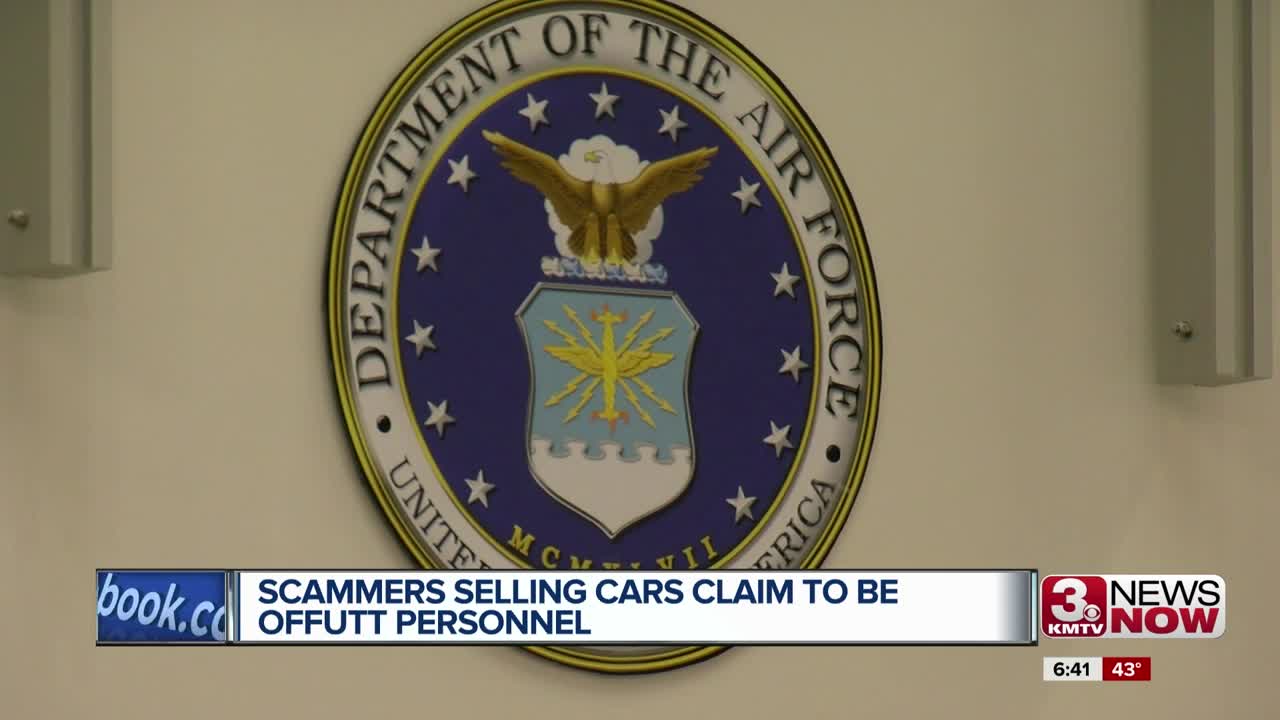 Offutt Air Force Base estimated about 10 people a week reach out to verify a seller.

The scammer claimed to be selling her 2003 Toyota Carolla S, with 70,307 miles in "immaculate condition" for $600. For Hatcher, who bikes 45 minutes to and from work every day, it was the deal he was looking for.

Why such a great deal? The seller, going by Amanda Lewis, was stationed at Offutt Air Force Base, but being relocated. She said she needed to dump off the car, fast.

Eventually, Hatcher got skeptical. He Googled the details and saw others who got caught up in similar scams.

A spokesperson at Offutt told 3 News Now Investigators they receive about ten questions a week about people asking if their seller is really stationed at Offutt. Better Business Bureau President Jim Hegarty said about half of online car scams they encounter involve someone claiming to be in the military.

Hegarty also warned against paying in uncommon forms of payment, like gift cards, and buying any car without seeing it in person.

Hatcher didn't lose his money, but he's stuck with $600 worth of eBay gift cards. Hatcher, who bikes 45 minutes to work and back, bought the gift cards at Hy-Vee. He said he hasn't been able to get the money back from eBay or Hy-Vee. In eBay's response to our inquires about this story, they didn't answer 3 News Now Investigator's question about gift card refunds in special situations. Hy-Vee told us they can't return gift cards, but said they'll work with Hatcher to see what they can do in this unique situation.

Not everyone is lucky enough to keep the gift cards. In 2015, another Council Bluffs man lost $2,000 trying to buy a 2007 Honda Accord. The scammer told him he was stationed at Offutt but was about to be deployed overseas. The victims aren't all local. In 2016, A Los Angeles man lost $2,000 to someone claiming to be based at Offutt but leaving the country soon, according to KABC-TV.

Claiming to be in the military and selling fake cars dates back to at least 2008, this blog post shows.

Hatcher received an official-looking email claiming to be from eBay Vehicle Purchase Protection. That program exists, but only for purchases that start and are completed on the eBay Motors website. Hatcher said he discovered the car on the Let Go app. The fake eBay email told him "eBay requires payment to be done through eBay Cards."

eBay said many scams involve people saying they can't meet in person because they are in the military, are out of town, going though a divorce or a death in the family. eBay said this is a common scam and provided the following tips to avoid them: